Since returning to the campaign trail, the president has drawn only more attention to his difficulties with women and older voters by minimizing the pandemic and targeting female leaders. 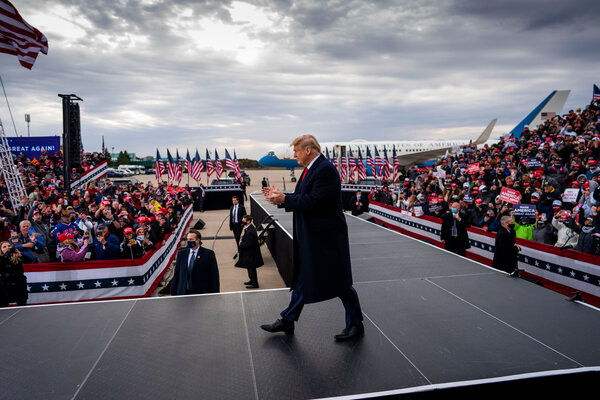 As soon as President Trump was released from the hospital after being treated for the coronavirus, he and his allies began counting down the days until he could return to the campaign trail. By reviving his beloved rallies, they thought, he could both prove to voters that he was healthy enough to be re-elected and zero in on Joseph R. Biden Jr.’s vulnerabilities.

That is not what has happened.

In the week since he restarted in-person campaigning, Mr. Trump has continued to prove he is his own biggest impediment by drawing more attention to himself each day than to Mr. Biden.

The president is blurting out snippets of his inner monologue by musing about how embarrassing it would be to lose to Mr. Biden — and how he’d never return to whatever state he happens to be in if its voters don’t help re-elect him.

He’s highlighting his difficulties with key constituencies, like women and older voters, by wondering out loud why they’ve forsaken him, rather than offering a message to bring more of them back into his camp.

And perhaps most damaging, to him and other Republicans on the ballot, he is further alienating these voters and others by continuing to minimize the pandemic and attacking women in positions of power.

A new low point came on Saturday, when Mr. Trump held a rally in Muskegon, Mich., where he demanded that Gov. Gretchen Whitmer reopen the state and then said “lock them all up” after his supporters chanted “lock her up!”

It was a stunningly reckless comment from a president whose own F.B.I. this month arrested 14 men who it said had been plotting to kidnap Ms. Whitmer, a Democrat, and were captured on video with an array of weapons allegedly planning the crime. Mr. Trump has assailed Ms. Whitmer for months, disregarding her solid approval ratings with independent voters and women, two groups he is purportedly trying to court.

Michigan Republicans, already struggling to avoid an electoral debacle in a state that has been returning to its Democratic roots in elections since Mr. Trump’s narrow victory in 2016, were again forced to answer for the president’s penchant for targeting high-profile women there. 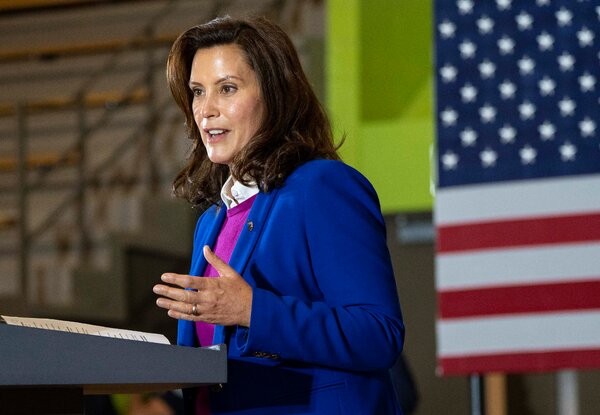 “She was literally just targeted,” Lee Chatfield, the speaker of the Michigan House and a leading state Republican, said of Ms. Whitmer. “Let’s debate differences. Let’s win elections. But not that.”

In a sign of how reluctant Republicans are to criticize Mr. Trump, though, Mr. Chatfield lamented the audience’s chant but noted that the president himself hadn’t repeated “lock her up” (ignoring that he did say “lock them all up” in response to the audience).