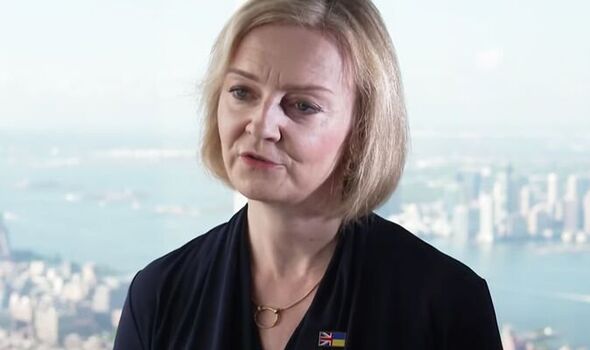 In her first round of broadcast interviews since becoming Prime Minister, Ms Truss said she would look to shake up tax rates as she seeks to get the UK economy booming again.

In an interview with Sky News, she said: “What is important to me is we grow the British economy because that’s what will ultimately deliver higher wages, more investment in towns and cities across the country.

“That’s what will ultimately deliver more money to people’s pockets.

“In order to get that economic growth, Britain has to be competitive.

“If we put up taxes, if we have arbitrary taxes on energy companies, if we have high corporation tax we’re not going to get that investment and growth.”

On Friday Chancellor Kwasi Kwarteng is set to deliver a mini-budget in the House of Commons to implement the tax changes.

During the Conservative leadership election, Ms Truss vowed immediate action to help grow the economy. However, she was forced to push back the planned fiscal changes following the death of Queen Elizabeth II.

Speaking in New York where she is attending the annual United Nations General Assembly, the new Conservative leader warned there was a need to fix the economic situation at home due to the changing world order in the aftermath of Russia’s invasion of Ukraine.

She said: “We are entering a new era. It is a more insecure era, we face an increasingly aggressive Russia and assertive China.

“We need to work more closely with our allies and we also need to get the British economy growing so that we have that security for all of our citizens.

“What I’m about and what my Government is about is about delivering for people, making sure that people have the jobs, the opportunities and the future that they can rely on.”

In a separate interview with the BBC, she hinted at a complete overhaul of the UK income tax system, saying: “We have to look at our tax rates.”

The remarks open up the possibility of wide-spread reform of the tax brackets.