Liz Truss has issued a defiant three-point defence on her Government’s economic plan in an attempt to slap down critics. Following the fallout from her Chancellor, Kwasi Kwarteng’s tax cuts last week, commentators have repeatedly asked: “Where is the Prime Minister?”

In a three-pronged defence, the Tory leader said new tax cuts will boost investment, create jobs and produce fresh opportunities “for all”.

“We must put this country on a trajectory for long-term growth whilst maintaining fiscal discipline. 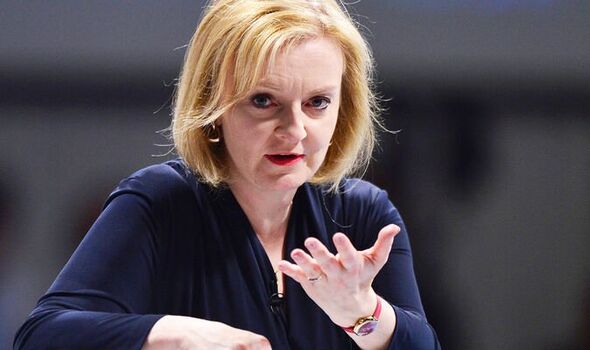 “That is what our Growth Plan will deliver.”

The Prime Minister added: “This government is taking action now to guarantee our long-term energy security and support people with their energy bills through this winter and the next.”

Her Government’s tax cut announcements triggered “nearly a week of chaos in financial markets”, according to Reuters.

The pound fell to a record low after Mr Kwarteng unveiled £45billion of unfunded cuts, though some commentators point to other factors beyond these economic measures.

In a brutal first-month assessment, financial paper Bloomberg reported: “Truss has made the most turbulent debut of any British prime minister in peacetime.

“In just three weeks, her administration has been battered by a crisis of confidence in her policies that have triggered a collapse in the pound and a surge in borrowing costs that threaten to push the UK toward a deep recession and a housing market crash.”

DON’T MISS:
Hated Brexit deal ‘could shatter UK’ [OPINION]
Farage blasts those blaming conflict in Ukraine for inflation [NEWS]
Britons blast Tories and Labour who are ‘as bad as each other’ [OPINION]