Andrew Neil began his line of questions with a probe into Rishi Sunak’s decisions in his time as Chancellor of the Exchequer of the UK. The veteran broadcaster challenged Mr Sunak over the high levels of taxation introduced during his tenure within seconds, asking him to outline “his judgment, or shall we say lack of judgment?” As Mr Sunak attempted to defend his record, Mr Neil pointed out the latest forecast for the UK economy as evidence of his failure to help the country brace for the aftermath of the crisis the coronavirus pandemic sparked.

Mr Neil said: “Let’s start with your judgment or lack of.

“Why did you persist with multi-billion tax rises this year when it was already clear the UK economy was heading for a major slowdown?”

The former Chancellor said: “This comes back to a fundamental question at the heart of this leadership election.

“And that’s how do we tackle the problem we racked up during Covid? All the extra borrowing we had to do to get through it. 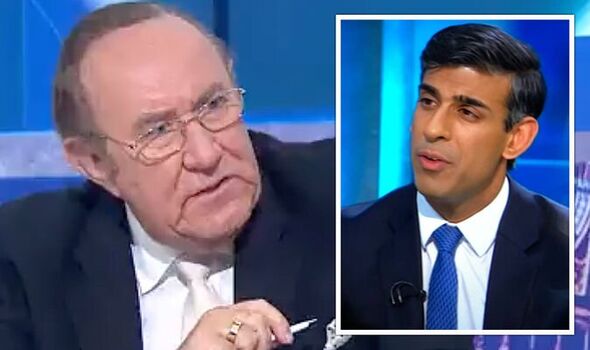 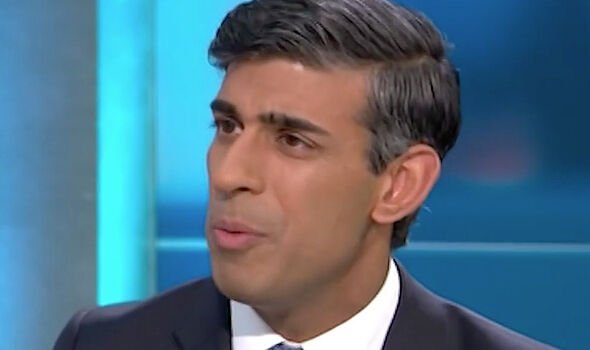 “We all knew there’d be a bill to pay so the question that confronted me and confronted all of us is ‘what do we do about that?’

“Do we pay those bills ourselves or do we pass them on to our children, our grandchildren, and expect them to pick up the tab.”

He added: “And at the same time we also have to think about whether we go on a borrowing spree right now, whether that will make the inflation problem worse and push up interest rates, and that’s not something I wanted to do.”

The former Chancellor said: “I think it’s absolutely the right thing to do to not put fuel on the fire of the inflation problem that we already have.

“What we should do is focus on long-term growth because that’s what we need, sustainable growth, not a sugar rush boom that will make us feel better for months, but then it runs out of control, let inflation get set into the system, let the Bank of England have to react with even higher interest rates”.

Mr Lewis accused Boris Johnson’s “zombie government” was failing to address the crisis caused by rising energy bills and warned decisions on support cannot be delayed until Mr Johnson’s successor is in office.

Money Saving Expert’s Mr Lewis said households will start receiving notice of increased bills before the Tory leadership contest concludes, ahead of the energy price cap rising to £3,500 or more in October.