EU and UK negotiating teams were due to wrap up the talks last night to give Brussels and London a chance to debate and vote on the proposals behind a Brexit deal. Word quickly spread this morning that a joint statement would be made by Boris Johnson and Ursula von der Leyen at 8am this morning.

However, that “imminent” announcement has been continually pushed back.

And now BBC political editor Laura Kuenssberg has hinted we should not expect a statement any time soon.

Ms Kuenssberg said: “Brexit watchers – you’ll be shocked to know the timings this morning may slip a bit. 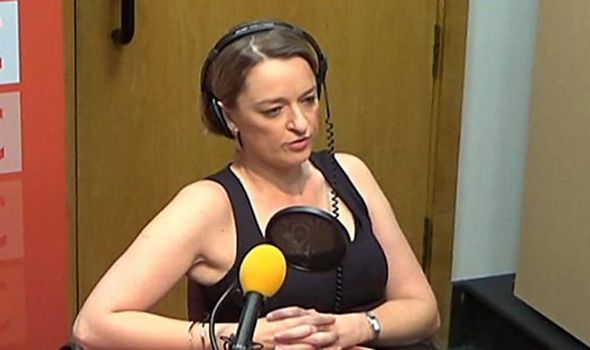 Giving a glimpse into her prediction for when a deal is done she joked: “Kung Fu Panda 3 has just started on BBC One and it doesn’t seem likely we’ll have to press pause for a deal announcement.”

The political expert had earlier spoken about the intricacies of the fishing part of the deal.

As she made a late night prediction about an announcement yesterday, she said: “Negotiators are still talking (apparently about specific quotas for specific species of fish) but the UK Cabinet is about to gather on a conference call – that wouldn’t happen if No 10 wasn’t by now very confident that deal is shortly to be finalised for real.”

Parliament is due to be recalled after Christmas to debate the 2,000 page Brexit document which will see a bill rushed through before the end of the year.

MEPs at the European Parliament will also be scrutinising the monster exit doc.