Justice Brett M. Kavanaugh made a correction to a concurring opinion after Vermont officials pointed out that he mistakenly said the state had not changed its election rules. 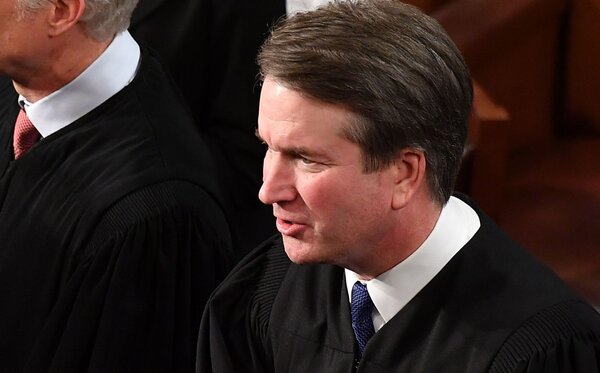 Justice Brett M. Kavanaugh on Wednesday corrected a mistake in an opinion issued as part of a Supreme Court ruling that barred Wisconsin from counting mail-in ballots that arrive after Election Day.

In the opinion, which was issued on Monday and alarmed Democrats worried about mail ballots being counted, Justice Kavanaugh wrote that while some states had changed their rules around voting in response to the pandemic, others had not.

“States such as Vermont, by contrast, have decided not to make changes to their ordinary election rules, including to the election-day deadline for receipt of absentee ballots,” he wrote in his original concurring opinion, which was attached to the 5-to-3 ruling against the deadline extension in Wisconsin.

The decision, issued just over a week before the presidential election, immediately drew intense scrutiny, and Justice Kavanaugh’s opinion prompted a complaint from Vermont’s secretary of state, Jim Condos. He pointed out that the state had, in fact, changed its rules to accommodate voters worried about showing up to polling stations during the pandemic.

On Wednesday, two days after the ruling, he wrote to Scott S. Harris, the clerk of the court, and said Vermont had made two key changes this year: All active, registered voters had received a ballot and a prepaid envelope, and election officials were authorized to start processing the ballots in the 30 days leading up to Election Day.

By contrast, Wisconsin had done neither, Mr. Condos noted.

“Vermont is not an accurate comparison for the assertion Justice Kavanaugh has made,” he wrote in the letter.

Mr. Condos also posted a copy of the letter to Twitter saying, “When it comes to issuing decisions on the voting rights of American citizens, facts matter.”

By Wednesday evening, the opinion had been changed to read that Vermont and other states had changed their “election-deadline” rules in response to the pandemic.

The Supreme Court began noting corrections and changes in opinions following a 2014 study that showed how, for years and without public notice, it had been altering its decisions long after they were issued, said Richard Lazarus, a law professor at Harvard University and the study’s author.

During the 2019-20 session, the court noted it had changed errors or typos in written decisions about half a dozen times, he said. The court typically issues several dozen decisions each term.

In this case, Professor Lazarus said, Justice Kavanaugh’s error was troubling because it revealed the rapid-fire pace with which the court, days before a presidential election, is making decisions that have enormous implications for the country.

“The mistake he made is not of an earth-shattering, catastrophic nature but it does underscore the risk of writing quickly, not writing more deliberately and not taking time,” he said.

The Wisconsin ruling was one of a series of decisions made in response to emergency applications and motions related to the election.

Democrats, civil rights groups and some legal scholars were unnerved by Justice Kavanaugh’s opinion that Election Day mail-in deadlines were devised “to avoid the chaos and suspicions of impropriety that can ensue if thousands of absentee ballots flow in after Election Day and potentially flip the results of an election.”

Justice Elena Kagan responded in her dissent that “there are no results to ‘flip’ until all valid votes are counted.”

The court’s recent decisions have been issued quickly, without full briefings or oral arguments, in a process known as the “shadow docket.”

When the justices do not have time to send opinions back and forth to one another and deliberate together, “they’re more likely to make mistakes,” Professor Lazarus said.

Justice Kavanaugh appeared to be trying to take on a leadership role by issuing his own opinion and explaining his decision making, he said.

“Whether you like his principle or not, he actually tried to explain it and he also corrected it,” Professor Lazarus said.

During an ordinary court schedule, the justices and their clerks have more time to discuss cases and pore over the words in each opinion to prevent errors, said Allison Orr Larsen, a professor of law at William & Mary Law School.