Gordon Brown has been told to “jog on” after he attacked Tory leadership candidates Liz Truss and Rishi Sunak in a fiery article published in The Observer. The former Prime Minister warned the UK was hurtling towards a “financial timebomb” in the autumn as fuel prices continue to rocket for households across the nation. Mr Brown slated the Government’s economic policy as he claimed the Conservative party should be forced to issue an emergency budget plan.

Speaking on GB News, Shaun Bailey, a member of the Greater London Assembly and Conservative Party, said: “He [Gordon Brown] should absolutely jog on.

“The real big problem we have in this country is the massive amount of public spending we have and it started under him.”

He claimed the current crisis of rising energy prices among other financial strains had arisen as a product of the Labour Government led by Mr Brown himself.

Mr Bailey added: “We are now suffering from the activities of the last Labour government, let’s be very clear about that.” 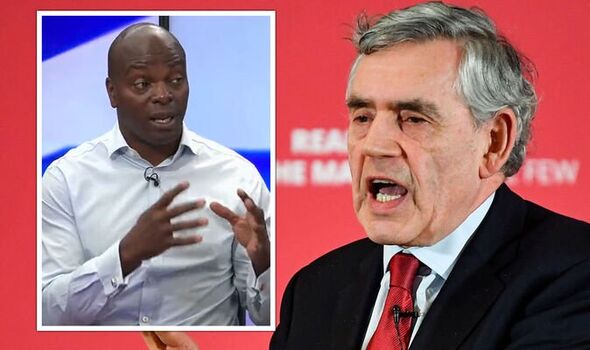 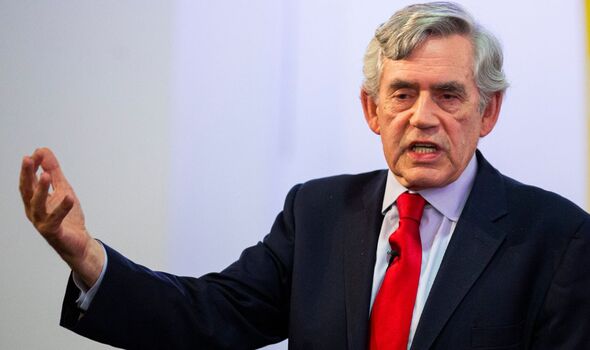 “The single biggest thing they will have to deal with is, of course, the cost of living. It isn’t just a crisis, it’s an ongoing look at how we fund this country, how we charge people tax.”

In his article, Mr Brown slammed the Conservative leadership candidates as they battle to introduce tax cuts and ease the inflationary crisis.

Mr Brown said: “The more the Conservative leadership elections heat up, the more the remaining candidates have resorted to claiming the moral high ground.”

He added: “There is nothing moral about indifferent leaders condemning millions of vulnerable and blameless children and pensioners to a winter of dire poverty.” 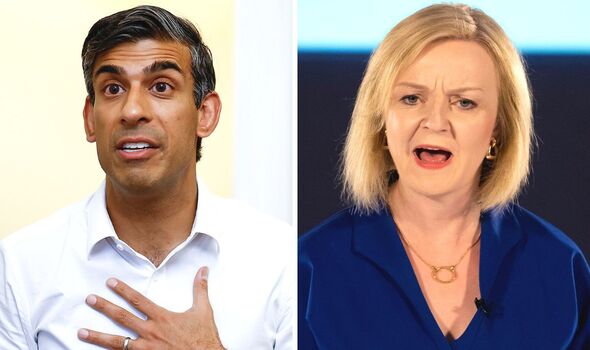 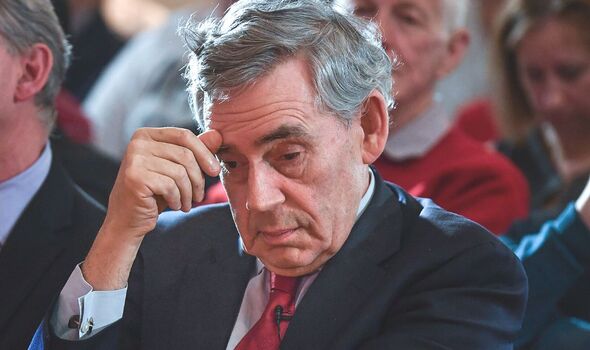 Energy costs are predicted to rise again in October, as consultancy Cornwall Insight predicts the average annual household bill is likely to top £3,358.

Liz Truss has pledged to introduce a series of tax cuts to ease the cost of living burden if her leadership bid is successful, including an immediate reversal of the national insurance hike introduced earlier this year.

Rishi Sunak has promised he would not rule out increasing direct support to cover energy bills for the most vulnerable households as energy costs rise.

Don’t miss:
Boris is on holiday while the economy crashes – but RISHI is to blame [ANALYSIS]
Direct payments’ as only solution to tackle current energy crisis  [REPORT]
Tories has played us for mugs, we wanted Boris not these 2nd-raters [INSIGHT] 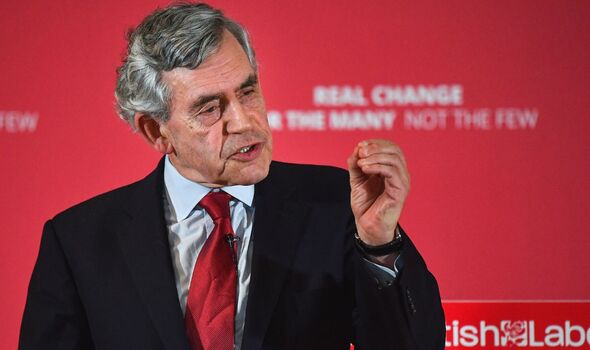 Mr Brown condemned Tory policy for provoking the spiralling cost of living crisis as he wrote: “The reason the poverty problem is worsening so fast is the unravelling of the June budget, where Ministers not only underestimated the coming year’s average energy price by around £500, but announced flat rate payments that, by taking no account of family size or special needs, did least to compensate larger families and the disabled.”

The former Prime Minister warned: “The reality is grim and undeniable: a financial timebomb will explode for families in October as a second round of fuel price rises in six months sends shockwaves through every household and pushes millions over the edge.”

He called for the Tory Government to agree on an emergency budget and added: “If they do not, Parliament should be recalled to force them to do so.”