(Reuters) – Jean Kennedy Smith, the last surviving sibling of slain President John F. Kennedy, who as U.S. ambassador to Ireland in the 1990s played a pivotal role in the Northern Irish peace process, died on Wednesday at age 92. 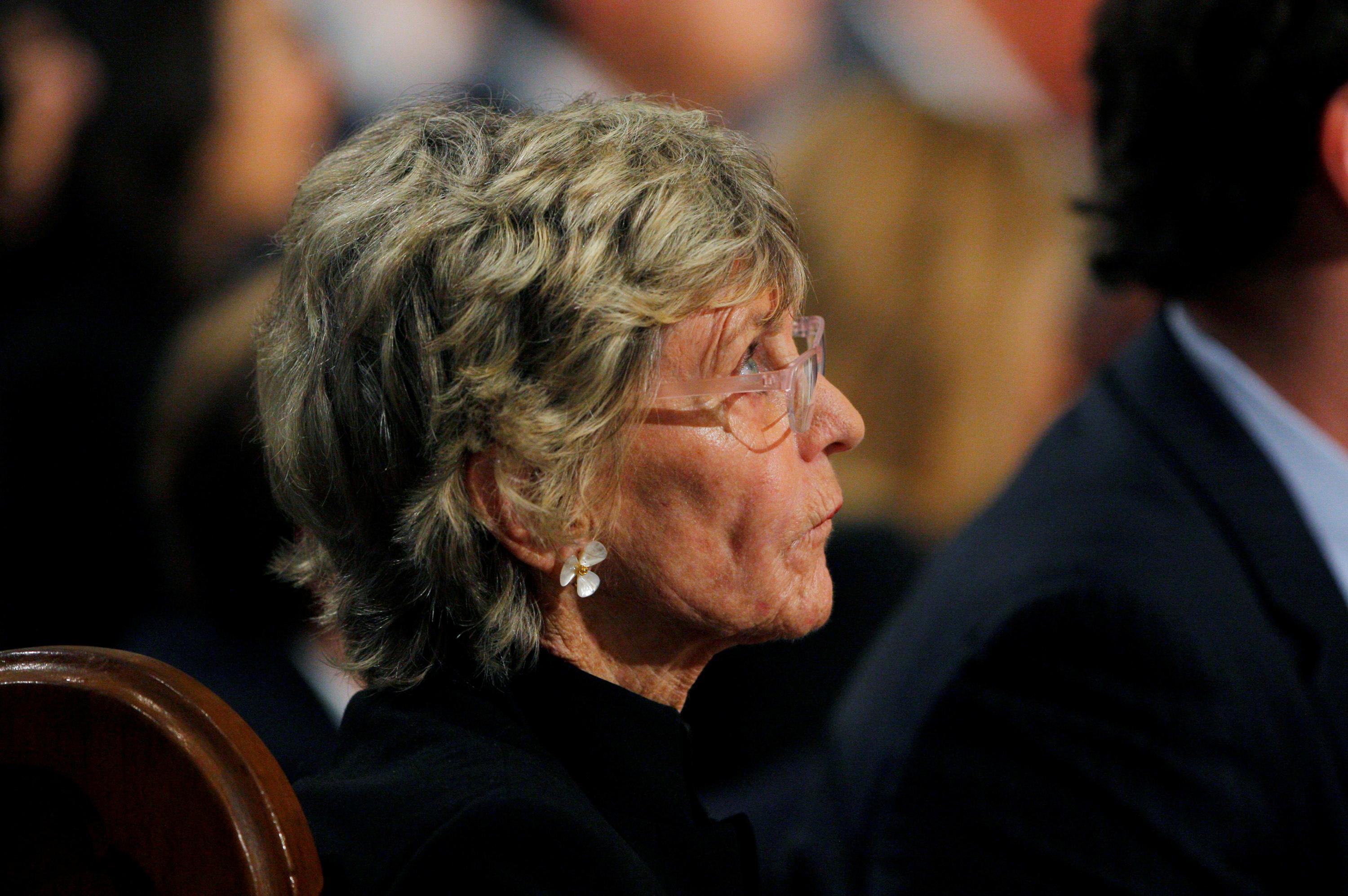 Kennedy Smith died at her home in Manhattan, her daughter Kym told Reuters, declining give a cause of death “to keep it private.”

The eighth of nine children born to Joseph and Rose Kennedy, Kennedy Smith was labeled “the shy Kennedy,” long finding herself in the shadow of her famous father and brothers, including U.S. Senators Robert and Edward Kennedy.

Her husband, Stephen Smith, was himself a trusted adviser who helped run the Kennedy family’s business interests, played a senior role in John F. Kennedy’s 1960 presidential campaign and managed the presidential runs of her other brothers, Robert and Edward.

She got her introduction to politics helping with John’s 1946 campaign for Congress. In 1960, by then a wife and mother, Kennedy Smith traveled the country campaigning for him ahead of his narrow victory over Republican Vice President Richard Nixon to become America’s first Catholic president.

John F. Kennedy’s presidency ended tragically with his assassination on Nov. 22, 1963, in Dallas. Five years later, Kennedy Smith and her husband were at the Ambassador Hotel in Los Angeles when Bobby, two years her senior, was gunned down after winning the California Democratic presidential primary.

Like the rest of her family, Kennedy Smith had already been no stranger to tragedy. Born on Feb. 20, 1928, in Brookline, Massachusetts, she was just 16 when her oldest brother, Joseph Kennedy Jr., was killed in World War Two. Four years later, her older sister Kathleen “Kick” Kennedy died in a plane crash.

She married Smith in 1956 and they settled in New York, where they raised four children. Her husband died of lung cancer in 1990 at age 63. A year later, she was in attendance in Florida at the rape trial of her son William Kennedy Smith, who was acquitted in a heavily publicized case that cast a darker light on the family once considered American royalty.

Kennedy Smith also helped care for brother Ted before he died of brain cancer in August 2008, just two weeks after the death of their older sister Eunice Kennedy Shriver.

“It’s the philosophy of our family that you keep moving,” Kennedy Smith told USA Today in a 2010 interview, reflecting on her family losses. “You have to do things and look at the bright side of life — and remember them with love.”

STEPPING OUT OF THE SHADOWS

Kennedy Smith made her own leap into the spotlight in 1993 when she became U.S. ambassador to Ireland, 30 years after accompanying brother Jack on his triumphant visit to their family’s ancestral homeland. Nominated by President Bill Clinton at the suggestion of her brother Edward, she was determined to use the Dublin post, traditionally a sinecure for retired Irish-American politicians or business leaders, to advance the cause of peace in Northern Ireland.

Washington had long deferred to close ally London on efforts to end decades of sectarian violence in the North. But acting on signals that the Irish Republican Army was open to discussions about abandoning its armed struggle to end British rule in Northern Ireland, Kennedy Smith helped spearhead an Irish government-backed effort to secure a U.S. visa for Gerry Adams, the head of Sinn Fein, the IRA’s political wing.

Despite fierce opposition from the UK government, Northern unionists loyal to Britain, and even many U.S. officials, Kennedy Smith enlisted the support of brother Edward in persuading Clinton to approve the visa in early 1994. A year later, the IRA declared a ceasefire, leading to negotiations that culminated in the 1998 Good Friday peace agreement that largely ended three decades of violence that killed more than 3,600 people.

While Kennedy’s five-year tenure in Dublin attracted its share of criticism, she won recognition from all corners as a catalyst for change. Irish journalist Tim Pat Coogan, who has written extensively about the IRA, said Kennedy Smith helped “change Irish history for the better.”

She was awarded honorary Irish citizenship in 1998 for her efforts and told the Washington Post: “I was fortunate to be in the right place at the right time.”

For her diplomatic and philanthropic work, including founding Very Special Arts, an organization for the developmentally disabled, Kennedy Smith in 2011 was awarded the Presidential Medal of Freedom, the highest U.S. civilian honor, by President Barack Obama. In 2016, she published her memoir, “The Nine of Us,” about growing up in one of America’s most famous families.

“We all pitched in for each other. That’s the way we were growing up, and that’s the way we went into history,” Kennedy Smith told Parade magazine. “We were always together. Our best friends were our brothers and sisters.”