Worry, anxiety, hope: Readers shared how they experienced a wild year in American life and politics.

Hi. Welcome to On Politics, your wrap-up of the week in national politics. I’m Lisa Lerer, your host. Sign up here to get this newsletter in your inbox every weekday. 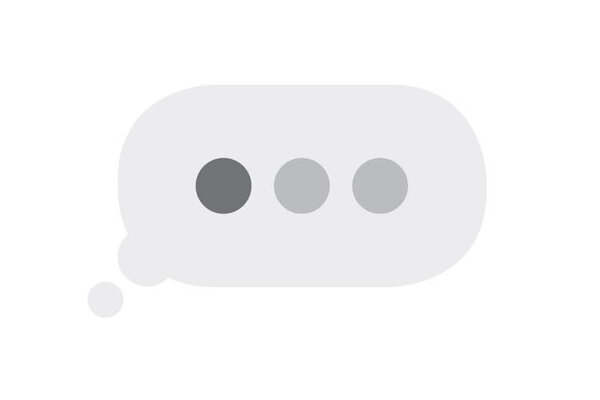 Last week, I asked how this extraordinary pandemic year changed your views on politics. And, boy, did you all deliver. I sat in my New York Times home office — otherwise known as my bedroom/yoga studio/Zoom meeting room — reading over the hundreds of thoughtful notes. So many of you shared experiences of lives transformed by the coronavirus: jobs upended, tearful periods of isolation and a fresh appreciation of family and close friends.

Yet the collective challenges didn’t translate into much political consensus. About the only thing we agree on? We’re ready for the pandemic to be over, even if we’re not quite sure how the country will recover.

Here’s some of what you had to say. (These emails have been lightly edited and condensed.)

I have been a Republican and lifelong conservative. Voted for Trump twice. I grumbled about his tweets, but our country needed some bootstrap politics. Then the pandemic hit.

His China blame was spot on. His daily briefings were encouraging; I was scared. All of us at the office kept on masks, agreed Trump was doing fine, and then the exposures started. Pretty soon, no agents came in to the office. Trying to get some satisfaction from Trump’s press briefings was harder and harder. He said things that made no sense; it was getting worse, not better.

I started watching Andrew Cuomo’s briefings, and he made more sense — to my surprise. It was a comfort, and Trump started sounding like a moron. I stopped watching Trump. I even voiced, for the very first time, I might not vote for him to my sister. We both complained that his constant nonsensical tweets took away from his virtues. Nonetheless, we voted for him — but this time with a boatload of apprehension.

Post-election, I was surprisingly not upset. Biden acted so gracious, and I appreciated the total lack of meanspiritedness. Within days, I wanted Trump gone from the White House, gone from the stage, gone from American politics. We need a low-key, decent person to lead us out of this polarized minefield of a nation. Biden was the better choice. I am glad he prevailed.

I was a Democrat until Ronald Reagan. I supported Donald Trump from his earliest campaign events. If anything, the pandemic and the draconian, sometimes arbitrary response of the local, state and some smaller municipalities has been a bungled mess. No one really knew what to do. No one was prepared.

People should be given guidelines and take personal responsibility. The closure of businesses, should be as brief and limited as possible. I am concerned about a “communist, totalitarian”-like methodology having been imposed. I believe states’ rights are important.

The pandemic has altered my view to push me “further to the right.” Despite the horrific numbers of “reported” deaths (as a conservative I am skeptical of the actual numbers), I have not known anyone who died while my millennial-aged children got mild cases. Governor DeSantis is my hero for courage and common sense.

I am a 75-year-old woman who first watched our country’s unity shredded by the Vietnam War. Throughout the decades since then, I was naïve enough to believe that our nation’s people counted being an American above disparate views. That naïveté was squelched during the Trump years. But I held on to hope that the specter of a pandemic would draw Americans back together.

The past year has once again proven me naïve. But the threat of Covid has only pulled us further apart. To mask or not to mask? To lock down or not to lock down? To take the vaccine or not to take it? These have become political weapons, separating us.

So, how has Covid changed my views? Sad to say, it has eradicated the last of my hope for American unity. I am relieved to be as old as I am.

Although I’m currently registered as a Republican, I’ve never been a fan of Trump. His handling of Covid-19 gets an “F” grade. His approach has led to many more deaths than would have happened had he taken a leadership role. I will forever blame Trump for my 98-year-old mother’s Covid-19 case.

The Trump White House’s response to the pandemic, its claims regarding voter fraud that kept Trump from a second term, and its effect on the Republican Party in general have transformed me into a voter who will likely vote Democrat for the rest of my life.

By most measures I considered myself a staunch progressive. Since the advent of the pandemic and subsequent crippling lockdowns, I now find myself more closely aligned with many Republican principles that I never would have thought possible a year ago.

Democrats in my opinion have revealed themselves as having put politics in front of people. The lockdowns have caused far more harm than they prevented. I had always considered Democrats to be the party of equity, progressive ideals, and liberty.

Yet, I’m seeing them stripping our rights with lockdowns which perpetuate inequality since the most vulnerable are hit hardest, closing schools which are meaningfully jeopardizing our children’s well-being and future, and finally censoring free speech under the guise of hiding misinformation.

Parents (mothers in particular), children, and the impoverished have been disproportionately hurt by lockdowns. These are groups Democrats traditionally safeguarded. Where is that safeguarding now?

I used to be a bleeding Democrat but now I’m not so sure.

I’m a lifelong Democrat, age 60, and a former county chairman of the Democratic Party in Bergen County, N.J.; an organization with a colorful history to say the least. For me, the pandemic has made the staggering demise of this nation’s collective faith in government abundantly clear to the point of absurdity.

As a consequence, I’m a more ardent Democrat than I’ve ever been! The Biden administration has an incredible opportunity to re-energize the Democratic Party by demonstrating how the federal government can help people in real time.

I think that’s the key to regaining the blue-collar tide and the Southern white, male vote the Democratic Party needs to be bring back under its tent if it truly wants to be the standard-bearer for women, minorities, the disabled, and the poor.