Asked this afternoon if Mr Johnson would wish working with Mr Trump, the Prime Minister’s spokesman said: “The Prime minister will have a strong relationship with whoever is in the White House.

He asked if he wished the outgoing leader of the US well in retirement, the Downing Street official added the Prime Minister was “looking forward to working closely with Joe Biden”.

Pressed on if Mr Johnson thought his American counterpart had been a good President, his spokesman reiterated the Prime Minister has a positive relationship with all Presidents of the US before outlining the areas he was looking forward to working with the incoming President on. 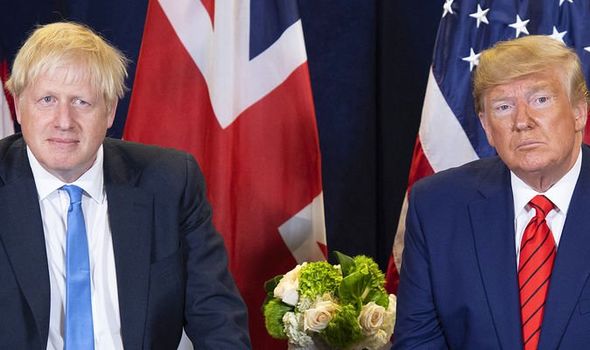 When Mr Johnson was foreign secretary, he suggested Mr Trump could be in due a Nobel Peace Prize, drawing attention to the work the President had done on de-escalating tensions with North Korea.

He said at the time: “I don’t see why he’s any less of a candidate for the Nobel Peace Prize than Barack Obama who got it before he even did anything.”

However, this afternoon the Prime Minister appeared to have changed his mind on the issues saying who received a Nobel Prize was “a matter for the committee that awards them”.

The apparent snub of the outgoing President comes on the same day former Cabinet Secretary, Mark Sedwill, said he thought Mr Johnson was pleased Joe Biden won the US election.

Writing in the Daily Mail, he said: “Based on my time working for Boris Johnson in Downing Street, I believe those who have said he would have preferred a second Trump term are mistaken. 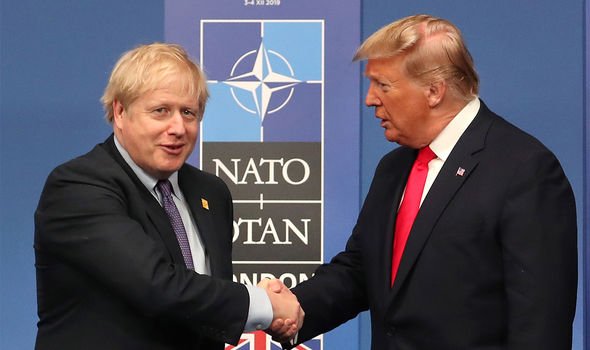 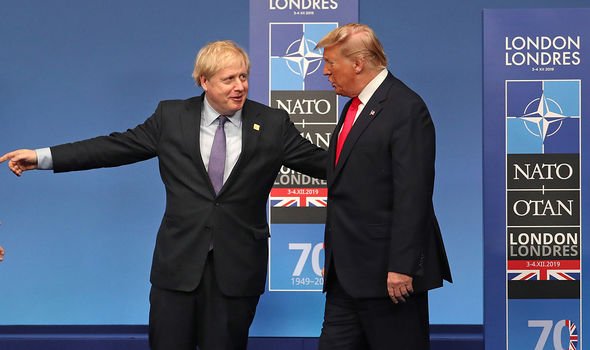 “That would not have been to the benefit of British or European security, to transatlantic trade, let alone the environmental agenda to which the Prime Minister is so committed.

“Mr Biden’s administration will reset priorities much more in line with those of his former boss, Barack Obama.

“He will re-engage with democracies and global institutions – such as the World Health Organisation and the World Trade Organisation – that Mr Trump despised and disrupted.

“He will revive arms control negotiations with Iran and Russia, and rejoin the Paris treaty, which is crucial to the prospects for this year’s climate change conference in Glasgow.” 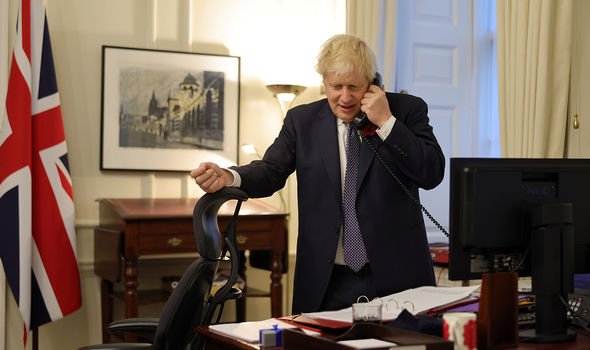 Mr Johnson and President-elect Biden have already spoken by phone, with the UK securing somewhat of a coup in being the first European country the incoming leader of the US called.

There are currently no plans for the two leaders to speak tomorrow once Mr Biden has officially been sworn in to his new role.

In what was a clear warm embrace of Mr Biden’s agenda, this morning the Prime Minister told his Cabinet post-Brexit Britain must be a “problem-solving partner on the world stage”.

He told his top team he wanted the UK to take a leading role on areas such as health, prosperity, climate and nature to “showcase what global Britain looks like”.