Joe Biden could win the state because Republicans have failed to keep up with its diverse population and shifting suburban politics. 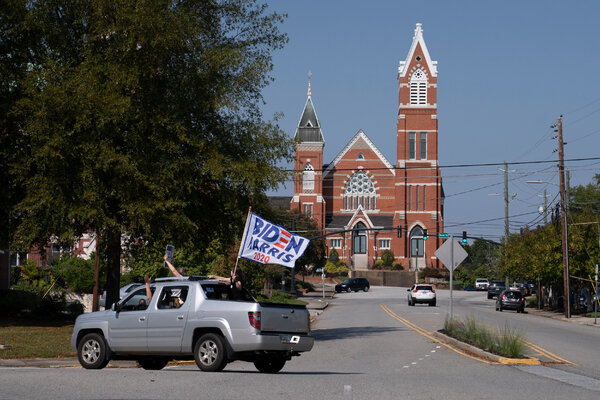 WATKINSVILLE, Ga. — For years, state House District 119 was a safely Republican seat in the Georgia Legislature, having been carved out of conservative suburbs along the south side of Athens, a liberal college town, to maximize Republican votes. This year, Jonathan Wallace, a Democrat, could win it.

In fact, Mr. Wallace already has: In 2017, he won the northeast Georgia seat in a shocker of a special election, only to lose it, a year later, to a Republican challenger.

Before all of this dramatic back-and-forth — before Mr. Wallace, 42, a software developer, decided to leap into politics after Donald J. Trump’s 2016 victory — Democrats had not even bothered to run candidates in the district. But these days, much that was once settled in Georgia seems suddenly up for grabs. The Peach State, a Republican stronghold for nearly two decades, is growing fast and changing in profound ways, giving Democrats big hopes for 2020. 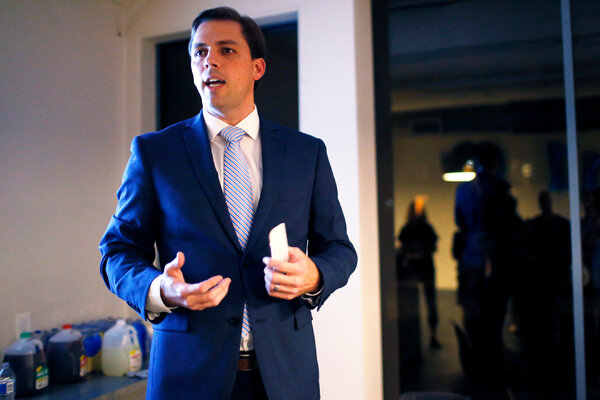 With just a week left before the Nov. 3 election, polls show Mr. Trump, who won Georgia by five points in 2016, locked in a virtual tie with his Democratic opponent, Joseph R. Biden Jr., who plans to visit the state on Tuesday.

At the same time, a pair of well-funded Democratic candidates, Jon Ossoff and the Rev. Raphael Warnock, are running competitive races for the state’s two Senate seats. Representative Lucy McBath, a Democrat, is favored to win re-election to her suburban Atlanta House seat against Karen Handel, whom she beat in 2018. The suburban Atlanta House seat of a retiring Republican is expected to flip to the Democrats.

Some Democrats even dream of capturing the state House.

All this is happening in a state exploding with diversity, whose new politics are defined by young voters, suburban women alienated by President Trump, and minorities energized by Stacey Abrams and her near miss bid in 2018 to become the country’s first African-American woman governor.

Georgia Democrats — stung in the past by premature talk of a Peach State realignment — are careful to temper their optimism. The Republican Party remains well-organized, popular and powerful here. Republicans hold every elected statewide office, control both chambers of the state Legislature, still command a majority among college-educated white voters, and maintain a dominance in rural counties.

Jason Carter, the grandson of President Jimmy Carter and a Democrat who was soundly defeated in the 2014 race for governor, joked, “Frankly, I think it would be impossible for Trump to win — and I haven’t been this confident since 2016,” when Hillary Clinton’s campaign dared to dream of a Georgia victory.

Yet there is a bipartisan consensus that the state is not exactly what it was, even just a few years ago. Its population surged from 7.9 million to 10.6 million people from 2000 to 2019, and its foreign-born population now exceeds 10 percent. While Republicans remain formidable in rural areas, an accurate portrait of 21st Century Georgia would have to include not only peach and peanut farms, but also Your DeKalb Farmers Market, a global culinary bazaar in the Atlanta suburbs staffed by workers from 40 countries that attracts both immigrants and native-born bourgeois bohemians.