The Falkland Islands are free of minefields almost 40 years after the end of the conflict on the South Atlantic archipelago.

Thousands of mines were laid during the 1982 Falklands War between British troops and the occupying Argentinian forces – and many areas have been off-limits.

A UK-funded programme began to de-mine the islands in 2009 and has now completed its mission three years ahead of schedule.

As a result, warning signs and fences that had been a feature of life on the British overseas territory will now be removed. The Falklands will be officially declared landmine free on 14 November during a celebration.

The detonation of the final mine will be marked by locals – as beaches are reopened.

Falklands residents are set to celebrate with games of beach cricket and football.

Jock Sutherland, a fuel tanker driver who moved from Scotland to the Falklands in 1987, said: “All of the danger signs are coming down and the fences are being cleared, and it’s great news for everyone on the Falklands.

“We are getting the island back.

“Some of the most beautiful spots, that no-one been able to step a foot on for over 30 years, will finally be reopened.

“These are places that used to be popular at weekends for picnics, barbecues and family gatherings and it is great to have them all gone so we can now come and go as we please. It should be a big tourism boost.”

He described how, when he first came to the Falklands, how he’d “hear a big bang in the middle of the night, and it’d be a cow or a sheep that had walked in there and stood on something”.

Under the Anti-Personnel Mine Ban Convention, to which the UK is a signatory, states are obliged to destroy both stockpiled and emplaced anti-personnel mines. 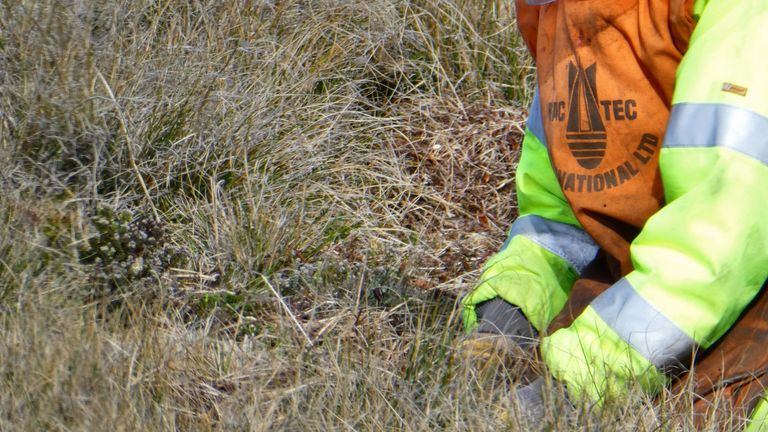 The demining team, from Zimbabwe, will also be honoured at an event at Government House, in the capital Stanley, next month.

Conservative MP Wendy Morton, the UK government minister with responsibility for the Falklands, said: “This is a huge achievement for the Islands and we must pay tribute to the brilliant team of deminers who put their lives at risk day to day removing and destroying landmines to make the Falklands safe.

“Our commitment to ridding the world of fatal land mines does not end with our territories being mine-free.

“A further £36m of UK funding will allow demining projects across the world to continue, protecting innocent civilian lives.”