European health commissioner Stella Kyriakides announced new controls on firms wanting export doses outside after the bloc. Vaccine makers will have to provide “early notification” to the European Commission every time they plan to sell abroad. She said: “In the future all companies producing vaccines against COVID-19 in the EU will have to provide early notification whenever they want to export vaccines.” And if companies fail to comply, she added: “The European Union will take any action required to protect its citizens and rights.”

Her move came as Germany demanded pharmaceutical firms secure approval from eurocrats for any shipments leaving the bloc.

Health minister Jens Spahn said: “We, as the EU, must be able to know whether and what vaccines are being exported from the EU.

“Only that way can we understand whether our EU contracts with the producers are being served fairly. An obligation to get approval for vaccine exports on the EU level makes sense.”

She accused its CEO Paschal Soriot of breaching their “contractual arrangements” to supply up to 400 million doses to EU capitals. 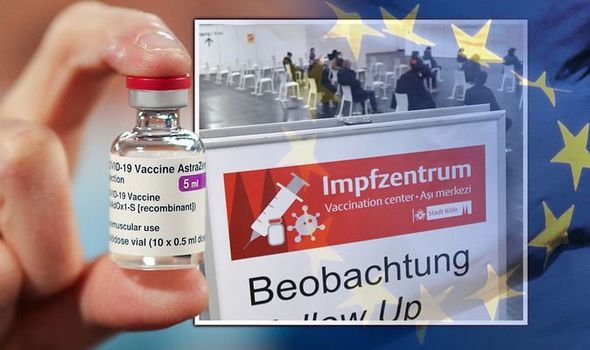 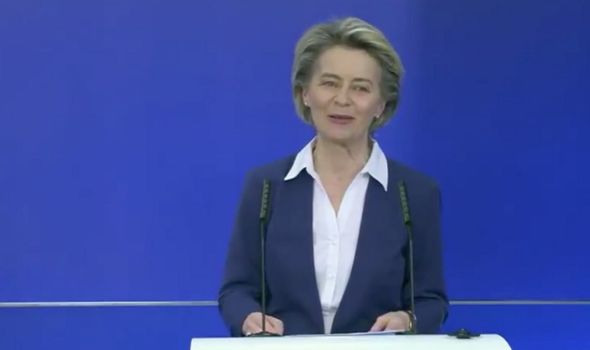 And EU Council chief Charles Michel has raised the prospect of taking legal action against any firm failing to deliver on its promises.

The manufacturer of the jab developed by Oxford University didn’t announce similar plans to hold back jabs from Britain, which has paid almost double the price per dose than Brussels.

The EU’s drugs watchdog has yet to approve doses of the AstraZeneca vaccine for use across the bloc.

The European Medicines Agency is set to give it the green-light by Friday – a month later than it was authorised by the UK. 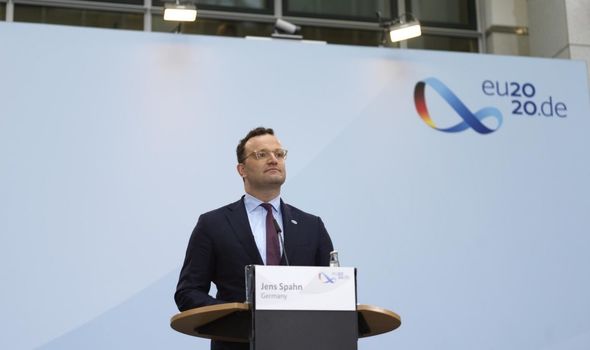 The Anglo-Swiss firm said it would only be able to deliver around 30 million jabs to the Brussels bloc because of production hiccups.

Ms Kyriakides told reporters: “The EU wants to know exactly which doses have been produced where by AstraZeneca so far and if or to whom they have been delivered.”

German MEP Peter Liese, an ally of Chancellor Angela Merkel, hit out at the “flimsy justifications” given by the firm for cutting supplies to Europe.

MUST READ: Varoufakis threatens EU with eurozone exit as he rages at bloc 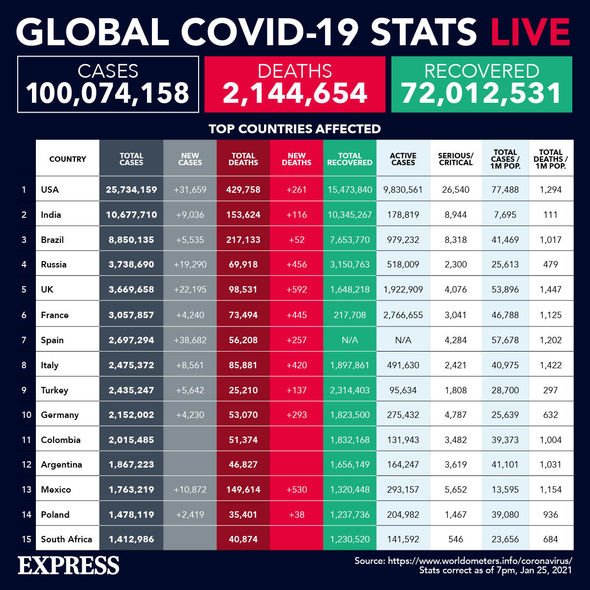 He added: “It is of course no problem to get the vaccine from the UK to the continent.”

The Pharma giant’s jab is being manufactured in the Netherlands, Germany, and Britain.

Pfizer’s alternative, which is also crucial in the UK’s vaccination drive, is being produced in Belgium.

EU officials are facing mounting pressure at the state of the bloc’s effort to roll out coronavirus jabs.

Britain has so far administered 6.8 million doses, whereas EU countries have struggled to roll out just 8.5 million across their population, which is seven-times larger than ours.