The €1.8 trillion budget and coronavirus recovery fund are in doubt after Hungary and Poland threatened to scupper it. The bloc’s post-pandemic recovery package has infuriated leaders in Budapest and Warsaw over a mechanism that ties funding to respect Brussels’ rule of law and democratic principles. It means the two countries face being sanctioned even for “potential risks” to EU rules in an unprecedented crackdown on rogue member states.

Hungarian prime minister Viktor Orban said his veto of the plan was linked to his long-term opposition to mass immigration into the EU.

The strongman leader’s government is already under investigation by the European Commission for alleged abuses of judicial and media freedom, as well as a crackdown on non-governmental organisations.

Mr Orban said: “Once this proposal gets adopted, there will be no more obstacles to tying member states’ share of common funds to supporting migration and use financial means to blackmail countries which oppose migration.”

Polish prime minister Mateusz Morawiecki said the rule of law mechanism was an attempt by the “European oligarchy” to seize control of more powers. 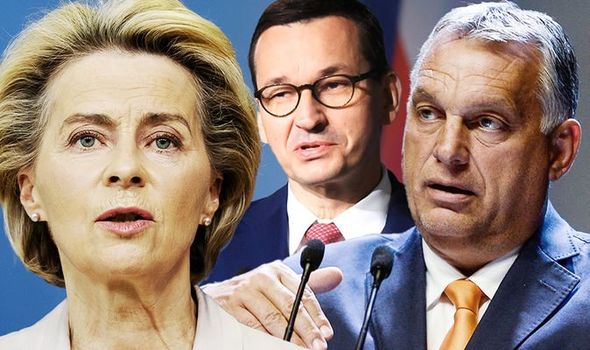 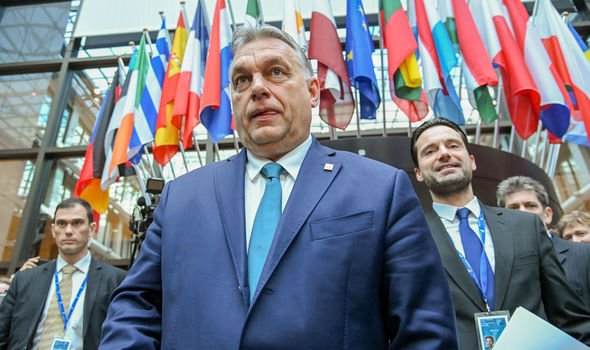 In an address to his national parliament, he said: “If our partners do not understand that we do not agree to unequal treatment of states… then we will really use that veto in the end.

“The EU must be built on a foundation of law and legal certainty… without this principle of legal certainty, the EU is a mechanism of arbitrary decision-making by eurocrats and de facto by the European oligarchy.”

Warsaw is currently at loggerheads with the Brussels-based EU executive for its stance on gay rights and the forced retirement of supreme court judges not supportive of the government.

The EU’s next seven-year budget, which includes the €750 billion coronavirus recovery fund, was agreed by leaders after acrimonious talks last July. 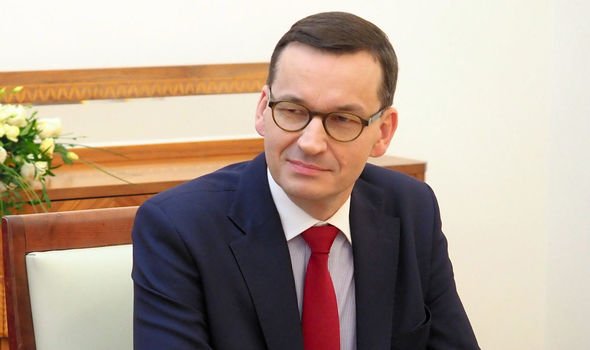 Under the plans, the Commission will borrow money on the international markets to fund non-repayable grants and low-cost loans for pandemic-ravaged regions and industries.

French President Emmanuel Macron heralded the deal as the biggest step towards full-blown European integration since the introduction of the bloc’s single currency in 1999.

But before it can be deployed, EU27 leaders must rubber-stamp the plans in a unanimous vote. 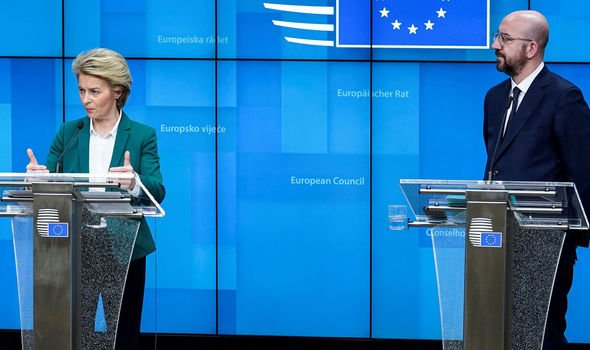 Without the blessing of every European capital, the Commission will be forced to adopt emergency measures to fund the bloc in 2021.

European officials believe failing to roll out the recovery package will have a detrimental impact on the EU economy, which has been plunged into his worst-ever financial crisis.

Brussels insiders have played down the possibility of a new “intergovernmental” bailout, separately agreed by 25 member states, to cut out Hungary and Poland from the funding.

One senior EU diplomat said: “Let’s not forget we agreed in July not only a normal budget for seven years but we agreed on a very special €750 billion EU mechanism to help those countries who are in a dire economic situation because of Covid.

“This is an absolute priority and we should wait for these two member states to explain how they want to proceed before we look into all kinds of options.”

EU leaders will discuss the crisis as part of their crunch video conference later this evening, which is also set to feature exchanges on the wider coronavirus crisis and Brexit trade talks.