Claire Fox marks 'Brexit Day' in the House of Lords

João Vale de Almeida suggested the EU and the UK should stop fighting old battles and “try to bring solutions”. He told BBC Newsnight’s Emily Maitlis: “I need to trust the word of the Prime Minister and we do trust this Government, but the levels of trust are low, let’s be frank.

“The levels of trust across the Channel are low. And that should be our focus, it is my focus today.”

Mr Vale de Almeida pointed out that the fifth anniversary of the Brexit ballot was “the right moment to say ‘we need to move on’”.

He added: “We cannot rewrite history. You know that we thought that Brexit was not a good idea, but we absolutely respect the democratic will of the British people.

“And that’s done, that’s a decision taken. We have two agreements, we now need to move on. 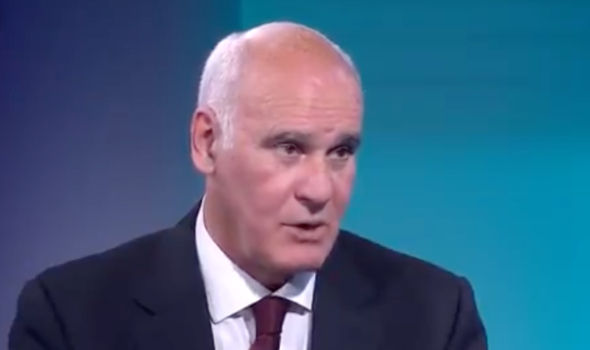 “There are two ways of moving on in my view: one is to keep fighting the battles of the past and trying to score points on issues that are settled, or to move on in the spirit of… in a constructive spirit, and try to bring solutions like the ones you’re talking about for Northern Ireland, for our citizens and for our businesses.

“So this change of mindset is maybe something we should reflect on in this anniversary.”

New polling to mark the anniversary of the 2016 referendum showed EU countries would be divided on whether the UK should rejoin the bloc – if there was another vote.

A study by Redfield and Wilson showed that less than 50 percent of France, Germany, Spain and Italy backed the UK rejoining the bloc. 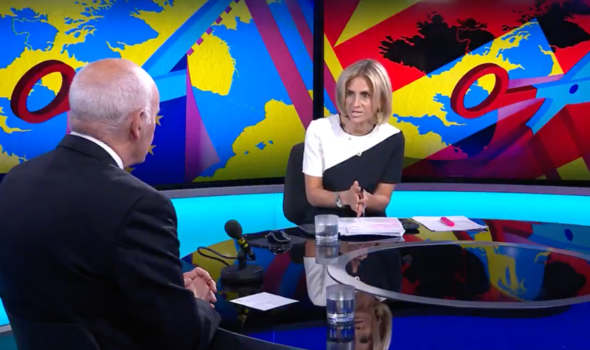 Figures showed that in France, 36 percent would want the UK to return to the EU while 18 percent said no, 34 percent said neither support or oppose and 12 percent didn’t know.

In Germany, the figure was slightly higher than 40 percent supporting the UK rejoining the bloc while 19 percent said no, 30 percent said neither support or oppose and 11 percent didn’t know.

Spain and Italy showed higher support with 46 and 43 percent of people agreeing with the UK returning to the EU.

In Spain, however, 16 percent said they opposed the UK to rejoin the EU, 31 percent said neither and 7 percent did not know.

In Italy, 14 percent opposed the UK rejoining the bloc, 34 percent said neither support or oppose and 8 percent did not know.