WASHINGTON (Reuters) – Just one day before a federal jobless benefit was set to expire, the U.S. Congress was no closer on Thursday to a deal to extend or replace the extra $600-per-week in payments to tens of millions thrown out of work by the coronavirus pandemic. 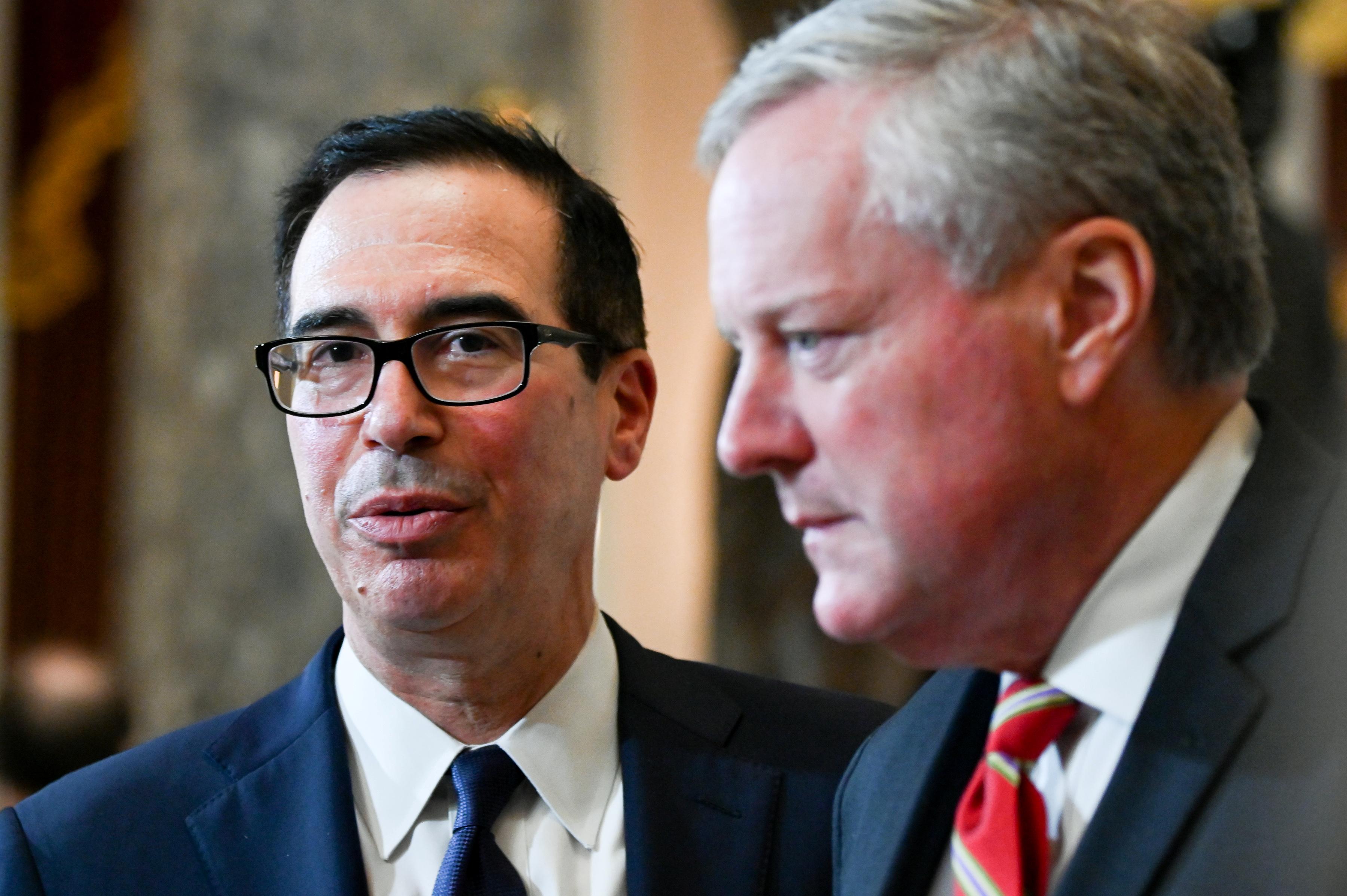 Senate Republicans were discussing a way to hold a vote, possibly early next week, on just the unemployment benefit. But there were no signs that Democrats, who have been resisting such a narrow response, would go along.

With little prospect of having to be in Washington to vote on a coronavirus-response bill this week, the Senate was mulling beginning its weekend immediately and returning on Monday — after the unemployment insurance benefit has expired.

Democrats have been pushing for extending the jobless benefit as part of a $3 trillion coronavirus-aid bill the U.S. House of Representatives passed in March, while Republicans want $1 trillion overall. They have proposed a $200 weekly benefit, which would come in addition to state unemployment payments.

The past four days of private talks involving top White House and congressional officials have yielded no tangible results and much of Thursday was spent with Republicans and Democrats criticizing each other.

“Republicans don’t want this aid to expire,” said Senate Majority Leader Mitch McConnell. “But the Speaker and the Democratic Leader say they won’t agree to anything unless the program pays people more to stay home than to work,” he added.

Schumer answered back, saying a “skinny bill” floated by the White House to provide reduced unemployment benefits did not have the votes to pass the House or the Senate. “It’s a stunt.”

Treasury Secretary Steven Mnuchin and White House Chief of Staff Mark Meadows have been meeting with Democratic leaders over how best to help the country recover from the COVID-19 pandemic.

Congress has already passed aid packages totaling $3 trillion to alleviate the effects of the virus, which has killed 150,000 Americans.

Republicans oppose a Democratic call for nearly $1 trillion to aid state and local governments, while Democrats reject a Republican plan to prevent liability lawsuits for businesses and schools as they reopen during the pandemic.

Some Republicans, such as Senator Mitt Romney, continued pushing for a stop-gap measure to prevent unemployed people from being left without any federal benefits that are on top of state aid.

“I do think that we need to have a temporary program that is put in place so we don’t have a gap in people’s receipts,” Romney told reporters.