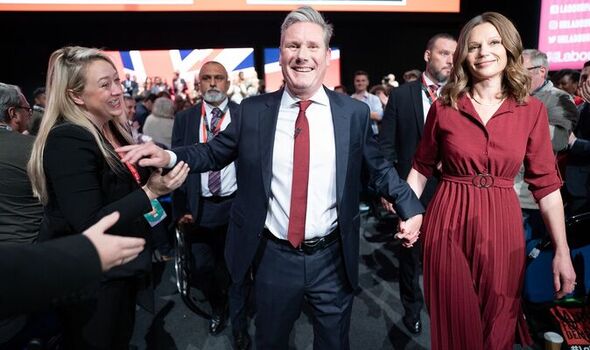 The Labour leader said “Great British Energy” will take advantage of opportunities in clean power. The company would be like Frenchowned EDF, and produce green energy, create new jobs to boost the economy and lower household bills, said Sir Keir.

“Either way it will be a disaster, with ministers picking winners and civil servants making an expensive mess of deployment.”

In his keynote speech delivered at the Labour conference in Liverpool, Sir Keir said: “We will set up Great British Energy within the first year of a Labour government.

The role of GB Energy will be to provide additional capacity, alongside the private sector, to establish the UK as a clean energy superpower and guarantee long-term energy security, Labour said. The energy generation company will be given seed capital from the £8billion National Wealth Fund, which it would use to invest in green schemes.

The state support would mean it could invest in riskier schemes or more experimental technologies, such as tidal power. The plan is for it to become self-funding.

The independently-run firm could invest in nuclear schemes and ultimately even end up exporting energy overseas.

TUC general secretary Frances O’Grady said: “This is a big, bold move that will cut bills and secure our energy future. It’s about time the public shared in the profits of British energy.”

Sir Keir also said a Labour government would set a target of 70 per cent home ownership – but there were no details of how this would be achieved, or by when.

A Tory spokesman said: “It is the Conservatives that are taking the bold action needed to get Britain moving and deliver more jobs and higher wages.”