The nine cases of the Omicron COVID variant which have been identified in Scotland are all linked to a single private event which was held on 20 November, Nicola Sturgeon has said.

Speaking in Holyrood, Scotland’s first minister said contact tracing has been carried out and more cases are expected to emerge in the next few days – but that community transmission may still be “limited” due to the restricted nature of the event.

None of the nine individuals who contracted the virus have so far required hospital care, Ms Sturgeon added. 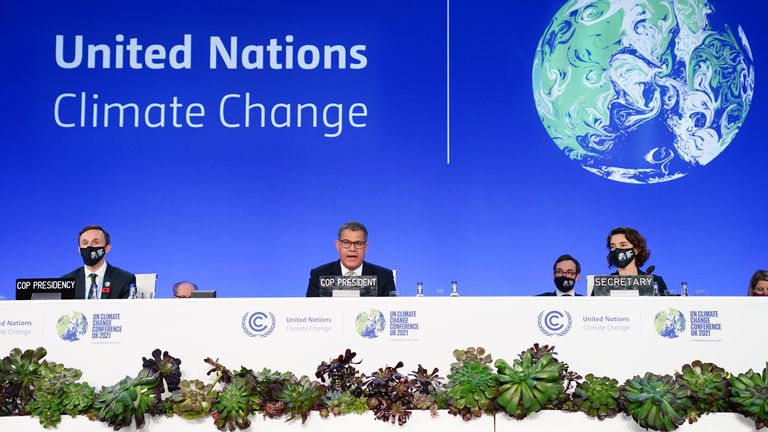 She also told MSPs that any possible links between the new cases of the Omicron variant and the COP26 climate summit which was held in Glasgow are being investigated, but the timing means it is “improbable”.

The climate conference took place from 31 October to 13 November.

Addressing the Scottish Parliament, the first minister said: “None of these individuals – as far as we know – has recent travel history to or known links with others who have travelled to the countries in southern Africa where the variant was originally detected.

“However, while the contact tracing exercise is still ongoing, health protection teams have established that all nine cases are linked. They all trace back to a single private event on 20 November.

“Indeed, we fully expect that there will be more cases identified over the coming days that are also linked to this event.”

Ms Sturgeon added: “Given the nature and scale of COP26, the surveillance work that Public Health Scotland is doing is also looking at any potential links to it. “At this stage, however, there is no evidence whatsoever of any such link, and, while it is not impossible that one will emerge, I think the timelines involved make it improbable.”

There are now more than 20 confirmed cases of the new Omicron variant in the UK, nine of which have been identified in Scotland.

The first minister said that rather than bringing in new public health protections, she was asking the public to “significantly step up and increase compliance with existing protections”.

Ms Sturgeon also stressed once more her desire for the rules on international travel to be tightened across the UK.

Both the Scottish and Welsh governments are urging Prime Minister Boris Johnson to toughen UK travel restrictions even further in response to the Omicron variant of coronavirus.

In a joint letter to Mr Johnson on Monday, Ms Sturgeon and Welsh First Minister Mark Drakeford called for an emergency COBRA meeting to be held “as soon as possible” due to the latest COVID-19 development. 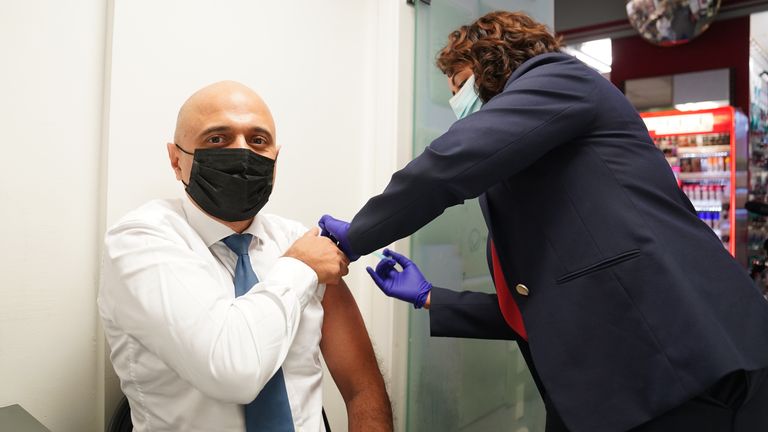 The prime minister responded to the discovery of the variant – which was first detected in South Africa and is feared to carry a higher risk of transmission – by reintroducing some restrictions and banning travel to most of southern Africa.

But, under the new rules which came into force today, fully vaccinated people entering the UK from all other destinations are only required to self-isolate until the provision of a negative result from a PCR test taken before the end of day two after their arrival.

Ms Sturgeon and Mr Drakeford want those travel rules to be toughened further and used their letter to demand that people entering the UK be asked to isolate for eight days, with the reintroduction of a PCR test on day eight after their arrival.

It comes as the head of drugmaker Moderna said he believes the Omicron variant is “highly infectious” and it is “highly possible” the effectiveness of vaccines is decreasing.

Chief executive of the COVID vaccine creator Stephane Bancel said the new strain is overtaking Delta in South Africa at a faster rate than previously seen. 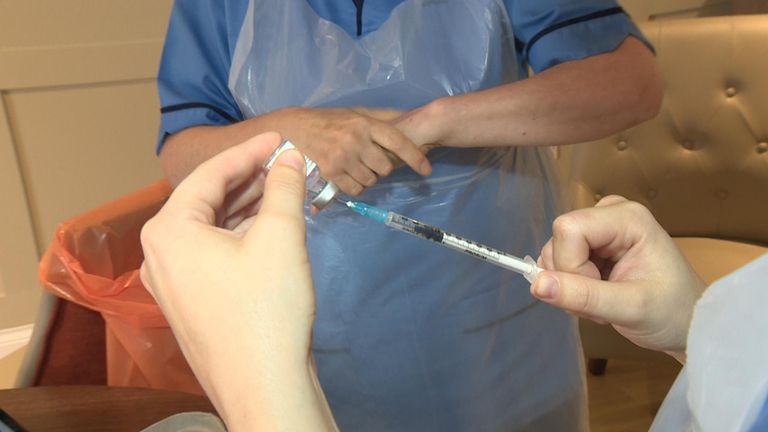 The new measures introduced by Mr Johnson on Tuesday also include face coverings being made mandatory once more in shops and on public transport.

On Monday, it was announced that all adults will be offered a COVID-19 booster vaccine as the government backed a far reaching expansion of the jabs programme to deal with the potential impact of the Omicron variant.

The UK’s vaccine advisory body – the Joint Committee on Vaccine and Immunisation (JCVI) – recommended the following measures, which Health Secretary Sajid Javid later confirmed would be accepted by the government “in full”:

• Booster jabs for everybody over the age of 18

• Severely immunosuppressed people given access to another booster – meaning for some, a fourth dose this winter

MPs are due to vote on the new restrictions on Tuesday afternoon.