It is possible that a decision on moving London into the highest level of coronavirus restrictions could be made today, Sadiq Khan has told Sky News.

The government is due to review the allocation of COVID-19 tiers later this week, but the London mayor said the situation in the capital means a decision might be taken sooner.

A move into Tier 3 would mean pubs and restaurants in the capital being forced to close, apart from takeaway services.

“My understanding is that COVID-O is meeting as we speak – that’s the sub-committee of the cabinet that makes the recommendations,” Mr Khan said.

Pressed if a decision could be made as early as today, Mr Khan said “it’s possible” because “we have seen over the last few days a big increase in the virus”.

Health Secretary Matt Hancock is due to update MPs on the latest developments in the fight against coronavirus at around 3.30pm.

He will also host a Downing Street news conference later.

Ahead of that, the government held a briefing with the capital’s MPs. 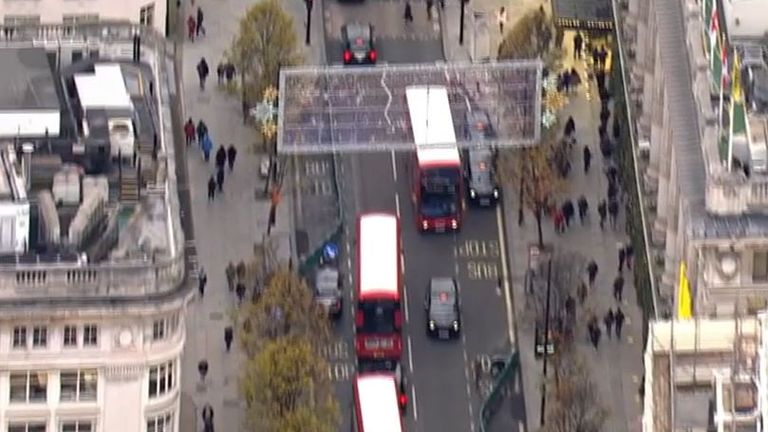 One London MP said there was a “lot of frustration”, with no real answers to their questions.

It was the “same gloomy outlook as last week’s meeting except all the data is even worse, almost back to the levels pre-lockdown”.

They suggested that the message to people over Christmas would be “do not mix if you don’t need to”.

Mr Khan said a move into Tier 3 would be “catastrophic to our hospitality, to our culture and to retail”. He added: “If the government decides to do that, they must provide additional support over and above what’s been offered to make sure these businesses don’t go bust.

“If they go bust, not only will it lead to thousands of Londoners being made unemployed, but our ability to recover from this pandemic will be made much harder.”

Amid rising COVID-19 cases in the capital, Mr Khan has urged the government to consider asking London’s schools and colleges to close early and reopen later in January because of “significant” outbreaks among 10 to 19-year-olds.

In a letter to Boris Johnson, the mayor said “urgent consideration must… be given to closing secondary schools, sixth form and FE colleges a few days early and keeping them closed for longer after Christmas”.

The call came after schools in Greenwich, south-east London, were asked to move to online learning from Tuesday.

Islington Council has also advised schools to move to online learning from the end of Tuesday and to continue with the arrangement until 11 January.

In his letter to the PM, Mr Khan said the seven-day case rate had increased in all 32 of London’s council areas compared with the previous week.