NHS staff already tested for coronavirus have been informed their test results might have been inaccurate, a health minister has admitted.

Helen Whately, the social care minister, told Sky News that those healthcare workers are now being offered another COVID-19 test after their initial test was deemed to have been “not up to scratch”.

The Daily Telegraph reported on Wednesday that a leaked document revealed tests on thousands of NHS staff were found to be flawed.

It also said PHE testing centres have now been told to stop using existing tests by Thursday and to instead use tests supplied by commercial firms. 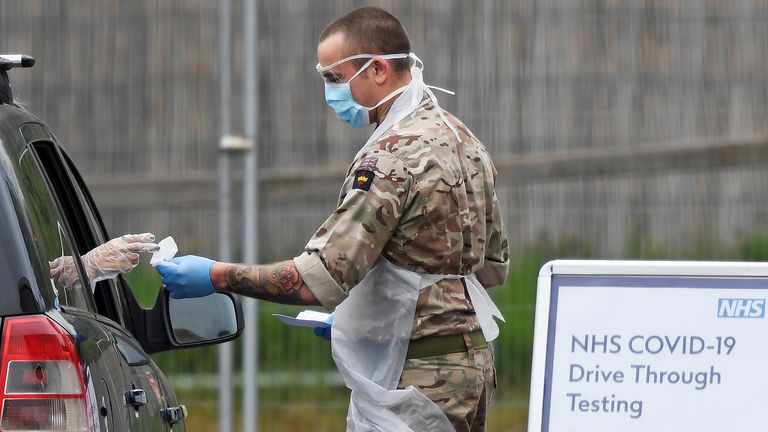 Asked about the report, Ms Whately told Sky News: “My understanding from the clinical advisers is some of the early tests were evaluated and the evaluation was actually they weren’t effective enough.

“This is a normal process when you are using a test for an illness, which as we know is a new illness and we’re learning all the time.

“Those who were tested with the test that we think is not up to scratch have been written to, to let them know and they will be offered another test.”

Are you a healthcare worker being re-tested for COVID-19? Get in touch with Sky News
:: Email – [email protected]
:: ‘Your Report’ on Sky News apps

But Ms Whately downplayed the possibility of the flawed tests meaning that healthcare workers had been sent to work in hospitals and care homes with coronavirus.

She added: “In general we know that the guidance has been to people that, if you have symptoms, to make sure that you are isolating.

“We have to make sure we look at the reliability of tests.

“And this has been, also, the whole debate around the testing of people who don’t have symptoms, for instance.

“This is really, really important – not just to test but to make sure we are testing people effectively.

“You need to make sure that it’s giving you an accurate result on which decisions can then be made.”