KISSIMMEE, Florida (Reuters) – Since the coronavirus outbreak hit Florida this month, Uber driver Nelson Aliaga has lost a third of his business.

But by dismissing for weeks the danger posed by the virus, President Donald Trump did not respond quickly enough to the crisis, said Aliaga, a Republican who voted for Trump in 2016.

Aliaga, who makes a living shuttling tourists around the Orlando area, is now leaning toward voting for Joe Biden in the November presidential election, if the former vice president becomes the Democratic nominee.

“I’m pretty sure I’m not going to vote for him,” Aliaga said of Trump as he stood outside a polling station near Orlando as his son, a Democrat, voted in Tuesday’s Democratic nominating contest. Biden won the state in a landslide victory over Senator Bernie Sanders.

The health crisis that has shut down schools, restaurants and gatherings across the country is still in its early days, and experts are struggling to understand how long the outbreak will go on for or whether the unprecedented national lockdown will contain it.

But Florida, an important political battleground that Trump won by just 1.2 percentage points over Democratic nominee Hillary Clinton in 2016, is already taking an outsized economic hit, an unwelcome twist for the president who’s betting on winning the state to propel his re-election.

The state’s reliance on service jobs from tourism to financial services and its large elderly population will make it among the states hardest hit by the crisis, according to Wall Street research firm Moody’s Analytics, which estimated the state could lose at least 135,000 jobs this year as a result.

No other state has a higher concentration of service sector jobs, Labor Department data shows, while one in five Floridians are age 65 and older, the most vulnerable age group to the coronavirus, compared with one in six nationally.

The Orlando area is particularly hard hit as amusement parks like Disney World have shut while hotels, restaurants and movie theaters are also closing. Streets of gift shops were largely empty on Tuesday.

Interviews with more than a dozen people in the Orlando area on Tuesday, as well as a Reuters/Ipsos national poll, showed many still see the health crisis through the lens of their political affiliation, with Democrats critical of Trump’s handling of it while Republicans believe it is overblown. 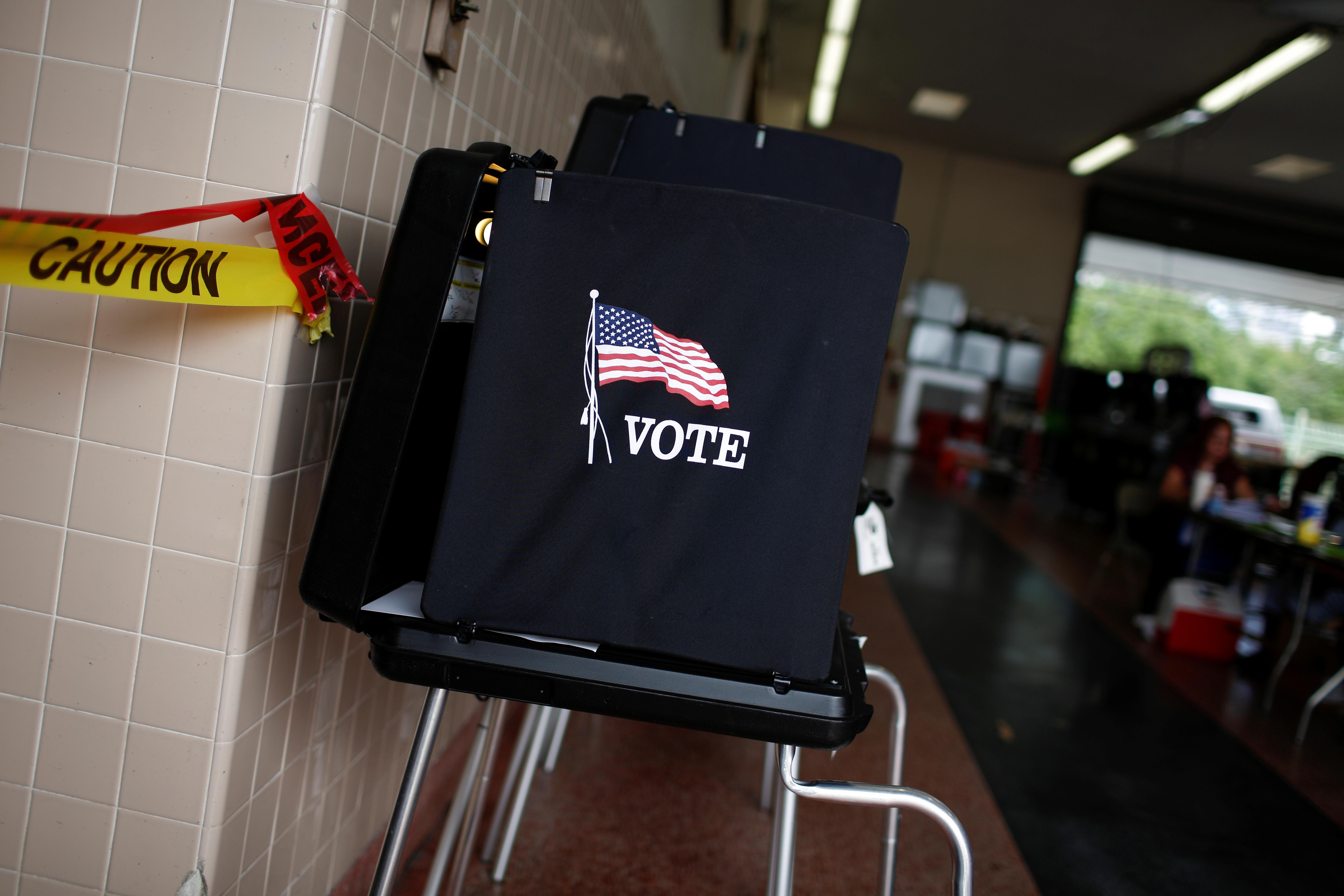 But Trump allies in and out of the White House worry the still-unfolding economic fallout will undermine what was once seen as the president’s biggest strength. How he handles the challenge will determine whether he will win another four-year term, they say.

“The Trump campaign and its allies would love to be talking about a great economy and 401(k)s but that’s hard to do right now,” a Republican pollster said on condition of anonymity. “We don’t know whether this is a short, sharp blip or long downturn. The answer to that question is critical.”

Trump came under fire for initially downplaying the dangers of the coronavirus, which causes the COVID-19 respiratory illness and to date has killed at least 109 Americans and nearly 8,000 globally. At least six have died in Florida.

This week, Trump has been more active, issuing guidance that Americans avoid crowds and pressing for a $1 trillion stimulus package. Trump has said the sweeping travel restrictions he has ordered are saving lives.

“Nobody is sugarcoating it,” said a senior administration official. “It sunk into the president that this was going to be in our lives for a while.”

SCRAPING BY ON SAVINGS

In the city of Kissimmee, just south of Orlando, the coronavirus outbreak has been a blow to the travel agency run by Leila Coe, who is now scraping by on her savings. Bookings for food and wine tours dried up three weeks ago.

A former independent who registered as a Democrat in February before the panic set in over the coronavirus, Coe is focused on voting Trump out of office.

“I just hate Trump,” said Coe, who voted for Biden on Tuesday, the Democratic frontrunner, saying he stands a better chance against Trump than Sanders.

The Democratic party in Florida is targeting the Orlando area as a place to attract new voters. The metro area skews Democratic but voter participation is low there, said Juan Peñalosa, the state party’s executive director.

Florida Republican strategist Alex Patton said party officials were trying to determine how the health crisis could change politics or campaigning but said Trump’s initial playing down of it and the mounting economic toll could cost him in November.

The virus has forced Trump to set aside his re-election campaign. His signature rallies are canceled out of concern about spreading the virus, as are fundraising events.  A Las Vegas fundraiser planned but canceled last weekend might have raised $10 million.

A Trump campaign official said the campaign is effectively on pause. “Basically, all their energy is going to get their hands around this issue.”