More than a dozen Democrats on a key panel broke ranks to endorse a $24 billion increase to military spending above what President Biden had requested. 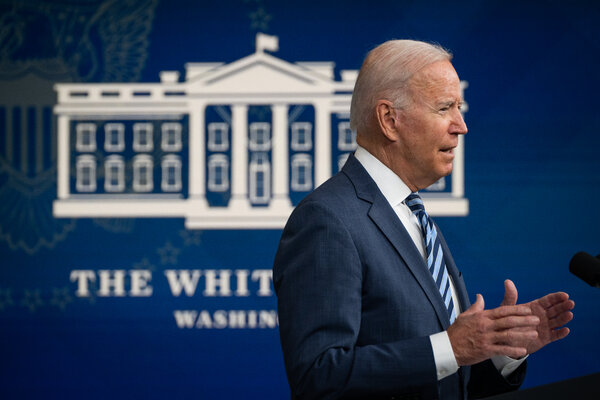 WASHINGTON — When Democrats won control of the House, Senate and White House, antiwar progressives saw a glimmer of hope that they might achieve one of their long-sought ambitions: cutting the Pentagon’s sprawling budget.

Instead, the Democratic-controlled Congress is on track to increase the military budget by roughly $24 billion more than what President Biden had requested, after over a dozen moderate Democrats on the House Armed Services Committee joined Republicans on Wednesday in pushing through a measure to substantially raise the cost of the annual defense policy bill.

“We are ending our longest conflict of 20 years, but more than ever, the world is watching what we do here today,” said Representative Elaine Luria, Democrat of Virginia and a Navy veteran, who pressed for the increase. “The president’s budget — I have been saying ever since it was released that it does not do enough.”

The 42-to-17 vote capped a week in which a skeptical Congress — led by members of the president’s own party — sharply questioned Mr. Biden’s foreign policy as he brought a chaotic end to the war in Afghanistan and offered a new vision of American leadership that shuns ground wars in favor of economic and technological competition.

The amendment, spearheaded by Representative Mike D. Rogers of Alabama, the top Republican on the committee, would bring the total military spending budget to $740 billion, with nearly half of the additional funding earmarked to procure new ships, aircraft, and combat vehicles as well as pouring money into the development of emerging technologies and new military laboratories.