Addressing the International Trade Committee on Wednesday, the former Australian Prime Minister said both sides of the negotiations are “eager” to sign a deal before Christmas. A trade agreement that, he claims, will see no tariffs, no quotas and “as free as possible movement of people” between the two Commonwealth nations post-Brexit. He said: “Our job is to try to get the best possible deals as quickly as we can with Australia, Canada and the United States. 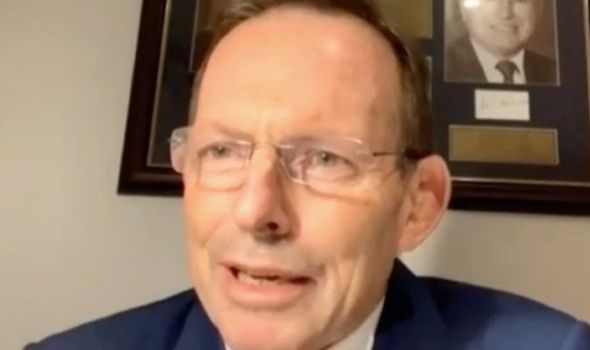 “I know that on both sides there is an eagerness to try and get the Australian deal done before Christmas.

“And I hope that in the next negotiating sessions both sides are prepared to put all their cards on the table so that the best possible deal can be hammered out.

“Ideally, a deal between Britain and Australia would involve no tariffs, no quotas, as full as possible mutual recognition of standards and qualifications and as free as possible movement of people for well-paid work.

“That’s got to be the objective in any negotiations between two like-minded countries on standards of living.

“And currently, given the history between Britain and Australia and the complementarity of their economies, a deal of such ready economic integration should be more possible with us than almost anyone else.”