He had been expected to play a significant role in negotiating the EU’s arrangements with Britain following the end of the Brexit transition period on December 31. Mr Hogan attended the event of more than 80 people in the west of Ireland last week – at a time when the country is desperately trying to contain a new surge in coronavirus cases and limit social gatherings. The EU’s trade commissioner travelled around Ireland during his summer break from Brussels, despite official rules stating he should have self-isolated upon arrival for 14 days, because of the rate of infection abroad.

But the controversy and Mr Hogan’s resignation from his key role has sparked panic in Ireland around who will now lead Brexit negotiations for the country.

One person tweeted: “I don’t often agree with @ray_basssett but Ireland has just shot themselves in the foot!

“Who’s going to speak for Ireland at the #Brexit negotiations now?”

Another person wrote: “Who will lead the Brexit negotiations now? 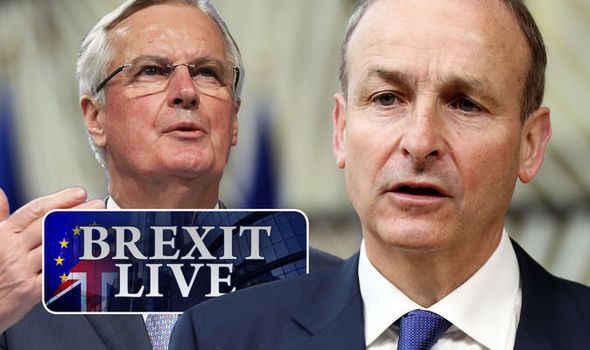 “While what Phil Hogan did is inexcusable, having a Irish man doing it, was good for Ireland.

A third person commented: “Whilst I strongly disagree with the actions of Phil Hogan regarding Clifden.

“I think it’s wrong of the government to call on him to resign.

“If we lose this portfolio on the Commission this could seriously impact Brexit negotiations and our future standing with the EU.

“People seem to forget how well regarded we are and how much power we hold within the EU institutions and EPP for such a small country. It’s incredible!.”