Details have been released of the government’s preparations for a no-deal Brexit, as last-ditch talks continue in Brussels.

It has emerged the government has spent £4bn on measures to limit disruption to trade and travel, including the introduction of new border requirements to allow goods to flow post-Brexit.

More than 900 extra border officers have been hired with around 1,100 more to be recruited by March, and more than 20 different telephone helplines are expected to provide advice to businesses.

The government said it had practised “every single foreseeable scenario” with different ministers responsible for a variety of issues a no-deal Brexit might throw up.

“These plans work in real life – not just on paper,” a government spokesperson said.

“We’ve run live exercises moving fresh produce and fish across the border, and scrambled naval vessels to respond to threats of illegal fishing in our soon-to-be sovereign waters.

“We’ve tested our traffic management plans and are confident that we have the tools to mitigate disruption and the queues at the border which will inevitably occur in the early weeks as traders adjust to the new requirements.” 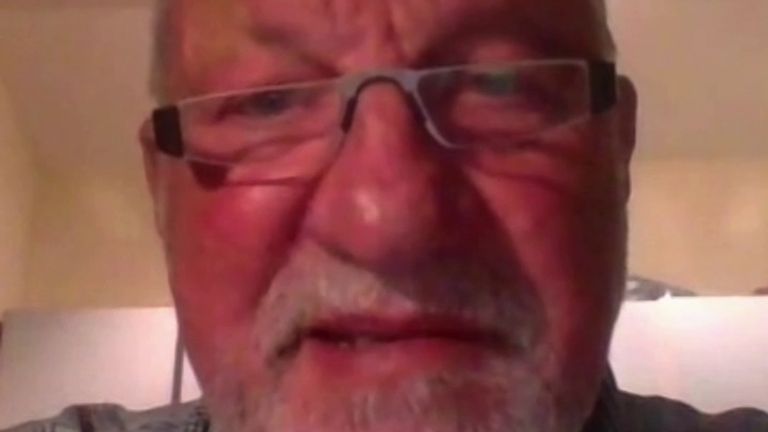 It comes as Britain steps up its contingency planning for when it leaves the European Union on 31 December.

The Daily Operations Committee, known as XO and responsible for no-deal preparations, has met 200 times and is chaired by Michael Gove.

The XO is looking to increase public awareness about the changing rules that are set to come into force in little under three weeks’ time.

“As with any major change, deal or no deal, there will be challenges and bumps to overcome,” said the government spokesman said.

“There will be new rules for those travelling and traders, this would be the case with a free trade agreement – just as it would without one.

“We’ve chosen to stage the introduction of our new border requirements – but the EU has not.

“That is why businesses need to be ready for the new requirements on January 1 no matter the outcome – or risk goods not passing through the borders and adding to queues.”

:: Subscribe to the All Out Politics podcast on Apple Podcasts, Google Podcasts, Spotify, Spreaker

CBI director-general Tony Danker has called for “grace periods” to be agreed so businesses do not face a “damaging cliff edge”.

He said: “Many businesses and many jobs are at stake in these negotiations, so we appeal to politicians on both sides of the Channel to find the path through this.

“But with less than three weeks to go, we also need to plan in parallel for January 1, deal or no deal.

“That means everything from border systems and processes to data adequacy and financial services equivalence. It also means allowing sensible grace periods for businesses to adapt to re-labelling of products and phasing in of border checks.

“We need both sides to be deeply practical – and to remove the immediate threat of a damaging cliff-edge.”

Meanwhile, talks between the UK and the EU are still hitting stumbling blocks, with both sides signalling a deal is looking unlikely.

The UK’s chief negotiator David Frost and the EU’s Michel Barnier are due to resume talks in Brussels on Sunday in a bid to reach an agreement and avoid a no-deal Brexit.

It is understood Boris Johnson and the president of the European Commission Ursula von der Leyen will also hold talks to avert a collapse of the process.