After months of wrangling, the two sides announced an “agreement in principle” as part of the Brexit Joint Committee talks. The body is chaired by Cabinet Office minister Michael Gove and European Commission vice-president Maros Sefcovic. In a joint statement, they said: “Following intensive and constructive work over the past weeks by the EU and the UK, the two co-chairs can now announce their agreement in principle on all issues, in particular with regard to the Protocol on Ireland and Northern Ireland.”

The agreement has secured significant climbdowns from the EU side on previous threats to blockade food supplies and cut shipments of sausages and burgers to Northern Ireland. 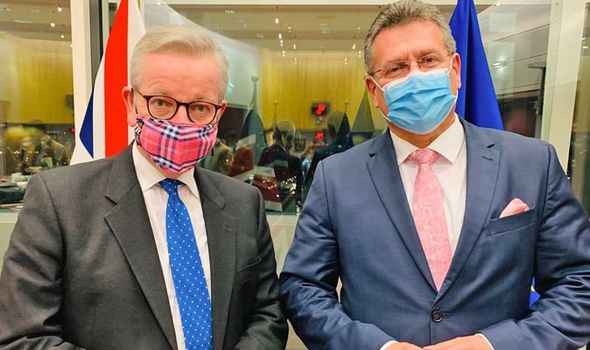