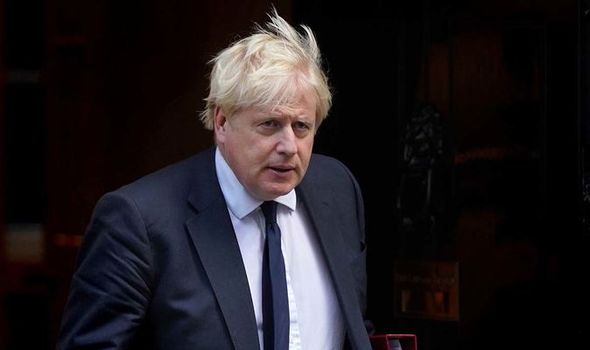 It is understood that the Prime Minister attended the showing of long-awaited Daniel Craig film No Time To Die at No 9 Downing Street after hours on Thursday. A Freedom of Information Act request in March revealed that the room’s refurbishments cost the taxpayer well over £2million.

Due to the screening, lobby briefings with Westminster’s political journalists took place in a room in No 10 that day, and again yesterday.

A No 10 spokesman said: “The Prime Minister met with Pinewood Studios, Universal Pictures, Eon Productions and the BFI to congratulate them on the success of the latest James Bond instalment – a testament to the talent of British creative industry.

An evening film screening took place for staff, who made voluntary donations, with all proceeds going to the charity Sarcoma UK.”

The room has been used for similar screenings before with the bill for kitting it out with the equipment met by the firms involved. The briefing space refit took place under plans to hold daily televised press conferences, led by former journalist Allegra Stratton – then the Prime Minister’s press secretary.

But the idea was ditched and Ms Stratton was made spokeswoman for the Cop26 climate summit.

Mr Johnson, ministers and medical experts have since used the room for major press conferences to keep the public informed on the pandemic.