A minister has defended Boris Johnson’s decision to take a holiday, saying it is “important” he gets “some family time”.

Asked by Kay Burley on Sky News if now was the right time for the prime minister to have a break, given the energy crisis and supply chain issues being experienced in Britain, Home Office minister Damian Hinds said: “When is the right time?

“I think it is important that people do have an opportunity to be with their families to have some relaxing, unwinding. 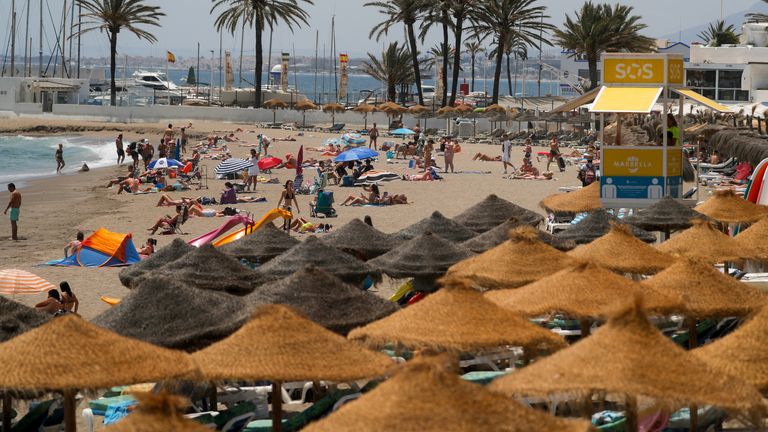 Mr Hinds added later in the interview: “What is important for the rest of us actually, for the whole country, is that the prime minister does get to have some family time, does get to have a break.”

Mr Johnson is reported to have flown to Marbella in southern Spain with his wife, Carrie Johnson, and their son, Wilfred.

According to the Mail on Sunday, the PM and his family jetted abroad after his keynote speech at the Conservative Party conference in Manchester.

MPs are not due to return to Westminster until 18 October following the House of Commons’ recess for party conferences.

Mr Johnson’s decision to use that opportunity to take a break has been criticised by some, as his government deals with soaring energy prices, fuel problems and supply issues.

Amid such criticism, Downing Street released a readout of a call the PM had with India’s Narendra Modi on Monday morning.

Asked about the PM’s holiday, Labour’s shadow economic secretary to the Treasury, Pat McFadden, told Kay Burley: “I don’t care whether the prime minister’s on holiday or not.

“The truth is even if he was in the country, the lack of grip seems to be the same.

“So I really don’t care where he is. What I want is grip and we haven’t got grip at the moment, we’ve just got chaos.”

Gareth Stace, the director general of UK Steel, said now is “not the time” for Mr Johnson to take a holiday.

“I’m sure he can get on the phone and get talking to them but to my mind, now is not the time for a prime minister to be on holiday, from the steel sector point of view,” he told LBC.