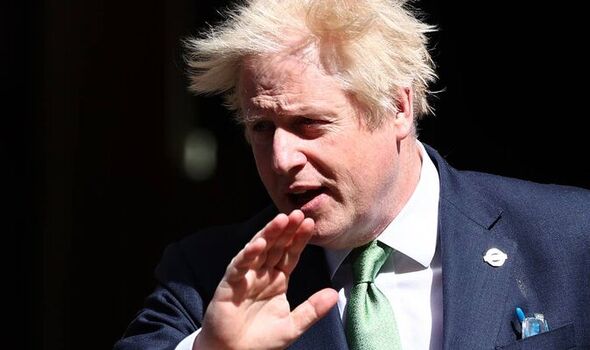 Questions have been raised about the independence of the findings after it emerged the Prime Minister and senior civil servant met to discuss progress a few weeks ago. But a Labour frontbencher joined Cabinet ministers insisting that they have faith in Ms Gray’s integrity.

The report could be published as early as Monday but Tuesday is believed to be more likely.

Downing Street insiders said they would “not sit on it” and the “sooner the better” for its publication.

The Prime Minister is expected to make a statement to the Commons a few hours after he is sent a copy.

But there were fears in No 10 that today’s 5pm deadline set by Ms Gray for those implicated in the report to respond could lead to delays if anyone objected to the way they had been portrayed.

Education Secretary Nadhim Zahawi said Ms Gray will not be “pulling her punches” in the document.

“I don’t know what’s in the report, no one knows until Sue Gray decides to publish it,” he said.

“That’s the right thing because actually she’s done this, and done it properly.

Mr Zahawi said he did not know who called a controversial meeting between Mr Johnson and Ms Gray.

It is understood the pair met at least once to give an update on the document’s progress while it was being drafted, but a Whitehall source said its contents were not discussed at any point.

About 30 people, including Mr Johnson, were contacted by the Cabinet Office to warn them of the contents of the document.

It is thought that most of the letters were sent out on Thursday, as the Metropolitan Police concluded its investigation into lockdown breaches in Downing Street and across Whitehall.

“I don’t think Sue is in any way likely to be someone who’s pushed around,” she added.

“She’s an amazing, very clear-headed, strong and independent-minded lady, and she will publish the report she feels is right, as the Prime Minister asked her to do originally.”

He said: “We don’t know the details of that meeting, it’s not clear who called it, there’s different accounts of that, so it’s hard for me to say what was said there.

“I do have faith in her integrity and let’s see what she says when the report comes out.”