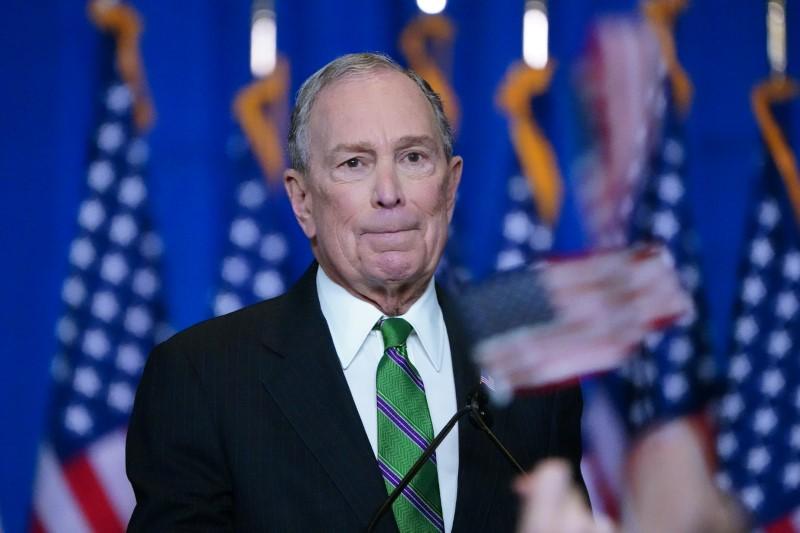 WASHINGTON (Reuters) – Billionaire media mogul Mike Bloomberg will transfer $18 million to the Democratic National Committee (DNC) and several of the field offices from his 2020 presidential bid to state parties, his campaign announced on Friday.

Bloomberg, a former New York City mayor who ended his White House bid earlier this month after a poor showing on “Super Tuesday,” had said if he did not succeed he would do everything he could to ensure a Democrat defeats Republican President Donald Trump.

“While our campaign has ended, Mike’s number one objective this year remains defeating Trump and helping Democrats win in November,” his campaign said in a statement.

Bloomberg’s campaign noted that his self-funded $275 million media blitz had not included running any negative ads against his fellow Democratic rivals.

While Bloomberg had considered creating an independent entity to back the eventual Democratic nominee, ultimately it seemed a better use of resources to be “united in strategy and execution” with the national and state parties, according to a memo from his campaign to the DNC.

The DNC said that Bloomberg’s resources will allow them to hire hundreds of organizers in key battleground states and to accelerate hiring.

“With this transfer from the Bloomberg campaign, Mayor Bloomberg and his team are making good on their commitment to beating Donald Trump. This will help us invest in more organizers across the country to elect the next president and help Democrats win up and down the ballot,” DNC Chair Tom Perez said in a statement.