CIUDAD JUAREZ, Mexico (Reuters) – The United States is expelling migrants to Mexico far from where they are caught crossing the border, according to Reuters witnesses, in a move that circumvents the refusal of authorities in the Mexican state of Tamaulipas who stopped accepting the return of migrant families with younger children.

The practice is a sign that President Joe Biden is toughening his approach to the growing humanitarian crisis on the U.S.-Mexican border after his administration's entreaties for Central American migrants to stay home have failed to stop thousands from heading north.

Some families caught at the border in Texas' Rio Grande Valley said in interviews they were flown to El Paso, Texas, after being held in custody just a few days. From there, they were escorted by U.S. officials to the international bridge to Ciudad Juarez, Mexico, around 800-miles (1,300 km) away from where they were first picked up by U.S. border patrol agents.

A Reuters photographer saw planes landing in El Paso this week that were loaded with dozens of migrant families with young children, including babies in diapers, and then saw the same families crossing the international bridge.

Some passengers interviewed by Reuters once they crossed into Mexico said they had been awakened in their holding cells at night by border agents and not told where they were going as they were loaded on buses and taken to the airport.

Related: Scenes from the U.S.-Mexico border during coronavirus pandemic 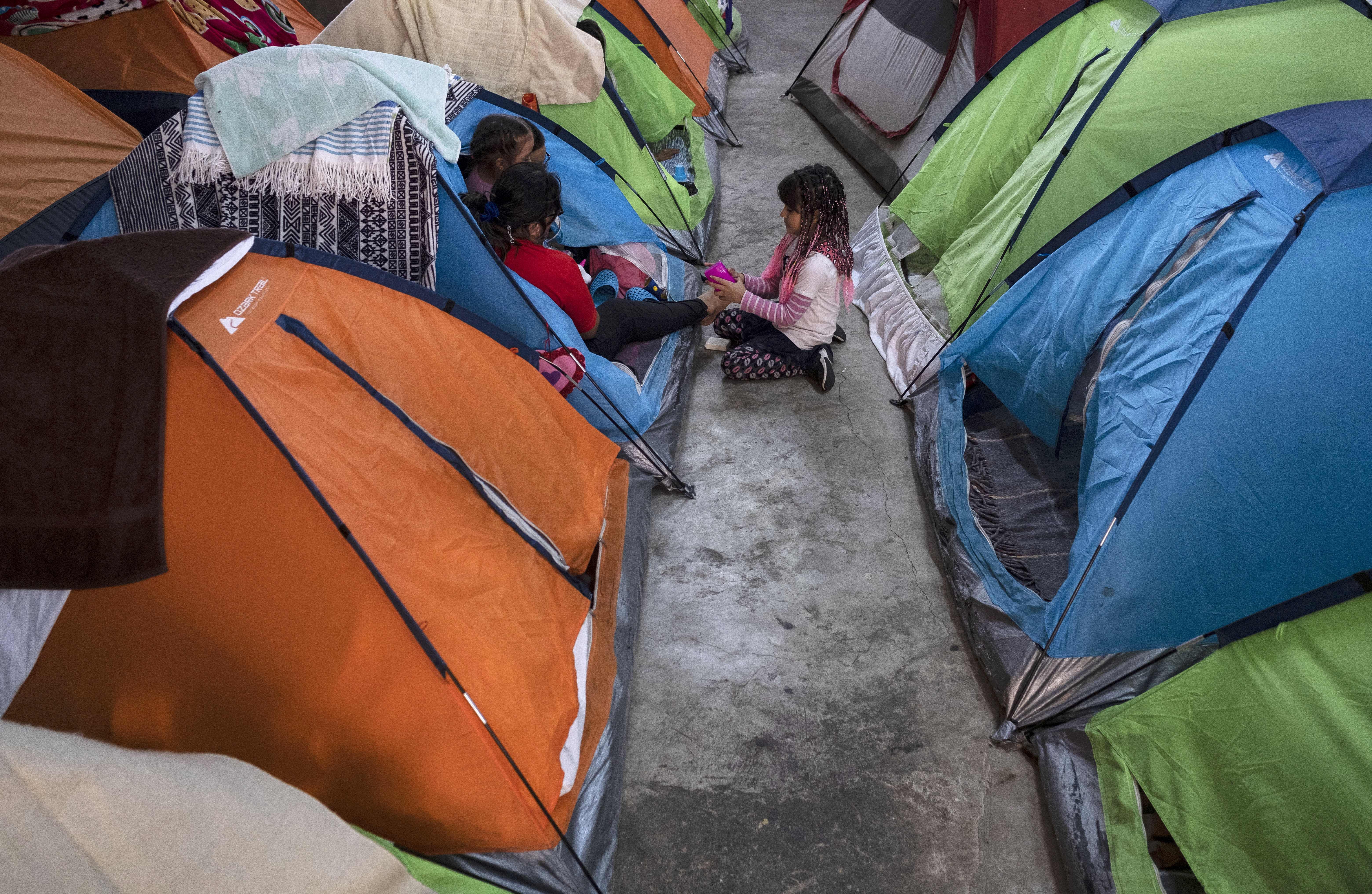 Landon Hutchens, a U.S. Customs and Border Protection (CBP) spokesman, said that due to a lack of capacity in the Rio Grande Valley, migrants have been sent to El Paso for processing, as well as Laredo, Texas, and San Diego, California.

Gloria Chavez, the U.S. Border Patrol chief for the El Paso Sector, said that El Paso had been receiving families from the Rio Grande Valley since March 8. Chavez said the priority was to expel them to Mexico, but that Mexico could only receive a limited amount of families from the region per day. She said some families were still being released to shelters in the United States.

The shuttling of migrants to El Paso was first reported by the Dallas Morning News.

While the United States has been expelling thousands of people crossing the border illegally, Tamaulipas, which sits across the border from Texas, has not been accepting families returning with younger children, presenting a conundrum for the Biden administration.

U.S. authorities have been releasing hundreds of families to shelters and giving them notices to appear in immigration court to reduce overcrowding at border facilities.

Dylan Corbett, the director of the Hope Border Institute, an advocacy organization, said the majority of families expelled to Ciudad Juarez after crossing in south Texas have children under 7 years of age.

"They have been returned to Juarez to a situation of extreme vulnerability," facing dangers from human traffickers and organized criminal groups, Corbett said in an interview, adding that shelters in Mexico are full due to the pandemic.

Edna Sorto, who came from Honduras with her two young sons, sat on the floor in a state government immigration office in Ciudad Juarez shortly after walking over the bridge from El Paso. Dozens of families milled around the office with some toddlers and babies sleeping on blankets on the floor.

"They didn't ask us anything about why we came or where we were going or who could receive us in the United States," Sorto said through tears and over the cries of children in the background who said they were hungry. "We are just going to wait here and see what they tell us, see if we can find a place to stay."

The new practice of expelling families to a different part of Mexico comes as the Biden administration faces pressure by both critics and some supporters for its handling of the crisis on the border.

Opposition Republicans blame the increase in illegal border crossings on Biden's immigration policies and what they say is his mixed messaging to would-be migrants.

Biden administration officials' warnings to migrants not to make the journey north appear to be ignored, as people smugglers point to some families being allowed in to persuade would-be migrants that the border is open.

"We have been clear from all levels of government that the border is closed and the majority of individuals will be turned away or expelled under Title 42," a White House spokesman said, referring to a public health order instituted under former President Donald Trump amid the pandemic. The order allows migrants, including families, to be "expelled" to Mexico or their home countries.

Gil Kerlikowske, who was CBP commissioner for three years under former President Barack Obama, said the Biden administration's heavy reliance on messaging was "a huge mistake."

"We have 25 plus years of messaging in Mexico and Central America, from placards on buses and bus shelters to radio spots and more, saying, 'Don't come, it's dangerous,' and for 25 years that message has been completely unheard."

Democrats and activists meanwhile say children are being kept in border patrol custody for too long and should be released more quickly to family members or other sponsors.

More than 500 of the roughly 4,500 unaccompanied children being held in sparse border patrol facilities as of Thursday have been there for more than 10 days, above the legal three-day limit, according to U.S. government data shared with Reuters.