Boris Johnson’s controversial plan to override key elements of the Brexit deal he signed with Brussels has cleared its first Commons hurdle despite deep misgivings by some senior Tories. MPs voted to give the UK Internal Market Bill a second reading by 340 to 263 – a Government majority of 77. But BBC political editor Laura Kuenssberg warned the Prime Minister will be in for an even “bigger rebellion” when the Bill reaches the House of Lords and goes back to the Commons for its third reading.

She told BBC Radio 4’s Today: “There is a strong likelihood that the rebellion next week might be bigger around Bob Neill amendment that would be a pressure vow and perhaps an eventual concession for the Government.

“And it’s heading for a red brick wall in the House of Lords.

“The House of protests with big names including former Prime Ministers and this morning Lord Hague, former Foreign Secretary, expressing his concerns too.

“It all gave a picture of genuine and distinct unhappiness among many of the Tory backbenchers including some ministers.

“But the Government right now is adamant it will not back down creating a lot of noise, giving this impression of taking a hardcore stance against the EU.

“Their card has been marked though and at the very least, there’s likely to be a lot of oxygen-sucking parliamentary going backwards and forwards over this Bill over the next few weeks.” 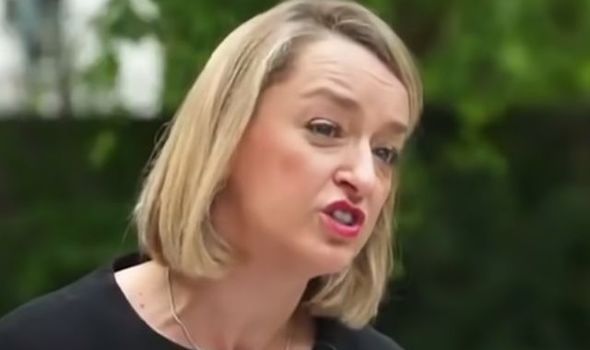 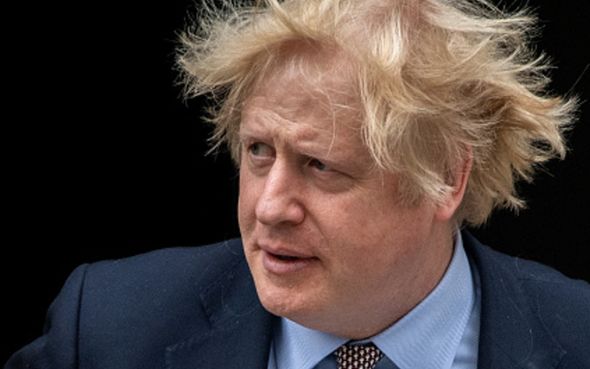 Lord Hague warned even staunch Brexiteers were against the Bill which could see domestic UK law contradict international law, such as the Good Friday Agreement that saw the end of conflict in Northern Ireland.

Lord Hague pointed referenced former Attorney General and ardent Brexiteer Geoffrey Cox, who has warned the Prime Minister “it is unconscionable that this country, justly famous for its regard for the rule of law around the world, should act in such a way”.

The former Foreign Secretary agreed with the Northern Ireland Secretary in saying it would be “a serious foreign policy error to deliberately abrogate and international treaty”.

Hague said he relied on international law on a daily basis during his time in Westminster.

He cited the many treaties, conventions, and agreements the UK has made with other nations and how they are crucial in dealing with incidents such as prisoner release, as in the case of British citizen Nazanin Zaghari-Ratcliffe, still held in Iran.

International law, the Tory peer claimed, was crucial in ensuring a level playing field in international taxation, or confiscation of assets, or discriminatory exclusion from a domestic market.

When China breaches international maritime law in the South China Sea, the UK is able to call Beijing out on its breach.

The Conservative peer described how the UK could not lecture China on its breach of the Sino-British Joint Declaration with its nefarious New Security Law if Britain in turn breached the Good Friday Agreement with the Internal Market Bill.

Lord Hague wrote in the Daily Telegraph: “It is on a similar basis that the UK today objects to acts of aggression, such as the use of chemical weapons by Assad.

“Or, the breach of treaties, as seen in China’s recent actions in Hong Kong.”

Two Tory MPs – Sir Roger Gale and Andrew Percy – voted against the Bill on Monday, while 30 did not cast a vote although some may have been “paired” with opposition MPs.

The Government tally was bolstered by the support of seven DUP MPs.

The Prime Minister said the legislation was necessary to prevent the EU taking an “extreme and unreasonable” interpretation of the provisions in the Withdrawal Agreement relating to Northern Ireland.

He said some in Brussels were now threatening to block UK agri-food exports to the EU and to insist on tariffs on all goods moving to Northern Ireland from the rest of the UK.