Amtrak and freight rail companies have long clashed over the use of railroad tracks, a dispute that is now playing out along the Gulf Coast, where the agency is seeking to restore service. 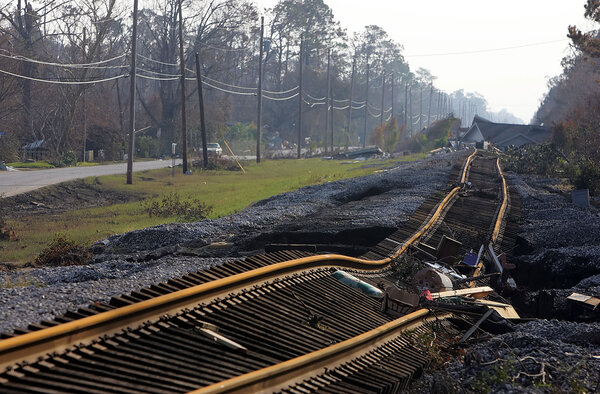 WASHINGTON — More than a decade ago, Hurricane Katrina washed away many of the railroad tracks that line the Gulf Coast, leaving the region without a regular route to carry passengers.

Now, Amtrak is trying to restore service in the area, but the effort has stalled after bitter clashes with freight rail companies, which control most of the tracks the agency uses outside the Northeast. At the heart of the rancor is the meaning of a law governing which side has priority over use of the tracks and when, a longstanding battle that has spilled into the courts and onto social media. The outcome, experts say, has broader implications for Amtrak’s future.

The conflict underscores a persistent challenge for Amtrak. Although the infrastructure deal the Biden administration reached with a bipartisan group of senators last week would help fulfill the agency’s elusive goal of expanding across the nation, one of the biggest obstacles would be negotiating with private freight rail companies.

The issue is coming to the fore as lawmakers seek to pass a crucial part of President Biden’s agenda that would inject billions in federal money to bolster the United States’ aging public works system. Under the bill, $66 billion in new funding would go to rail, which includes money to help Amtrak expand nationwide and address its maintenance backlog.

In a statement released shortly after the Senate voted to take up the $1 trillion infrastructure bill, Amtrak welcomed the investment but also urged lawmakers to guarantee that it had better access to the tracks to allow for more reliable service.

“While this funding is a fantastic start,” it said, “we call on Congress to also ensure that Amtrak gets the on-time performance and preference from our host railroads that the law requires.”

The arrangement dates to 1971, when Amtrak was formed to relieve freight railroads from operating passenger trains, a money-losing enterprise. Under the law, Amtrak pays the private companies to use the tracks, as long as its trains are given access and preference. In practice, however, Amtrak says that delays are common and that freight railroads face few consequences if they neglect the law. Freight companies contend that as long as they sufficiently meet performance standards, they are adhering to the law, balancing Amtrak’s needs with their own and careful to make sure that accommodating the agency does not come at their own expense.