The scheme, which is due to be announced on Wednesday follows a successful pilot scheme in Wales. A Government source said: “Reckless, alcohol-fuelled behaviour is sadly all too often a driving force behind violent crime across the country and can have devastating consequences for families and neighbourhoods. “This new technology will help offenders to break this self-destructive cycle once and for all.

“For those who want to rein in their drinking, we will help them sober up and the courts will punish those who don’t.”

Recent figures have suggested that alcohol related crime is on the rise.

As alcohol is one of the driving influences of domestic violence and unprovoked attacks on strangers, the cutting edge sobriety tags forms part of the Government’s plans to tackle the root causes of criminal behaviour and cut reoffending. 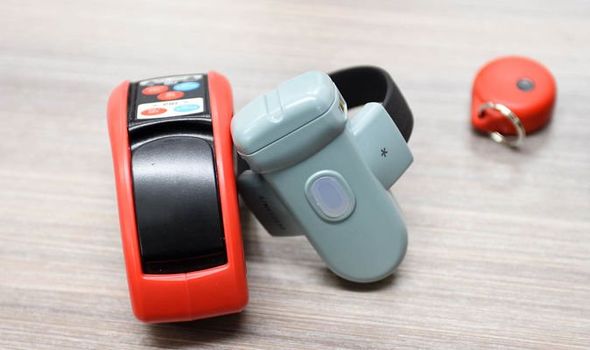 Under the plans, criminals in England who commit alcohol-related offences face being banned from drinking and forced to wear the tags

The new technology will monitor levels of alcohol in offenders’ sweat and alert the probation service if alcohol is consumed. Not complying could see offenders back in court or facing fines.

The sobriety tags will be backed with support for offenders who want to take control of their drinking, including referrals to professional treatment for those with serious alcohol addictions.

The expansion of the programme to all of England follows a successful roll out in Wales at the end of last year.