Ministers are continuing their scramble for a co-ordinated international response to the crisis in Afghanistan following the Taliban’s dramatic takeover.

Prime Minister Boris Johnson on Wednesday night resumed his series of calls with world leaders following the fall of the central Asian country to the extremist group.

He spoke with Italian Prime Minister Mario Draghi, having also this week held talks with the leaders of France, Germany, the US and Pakistan. 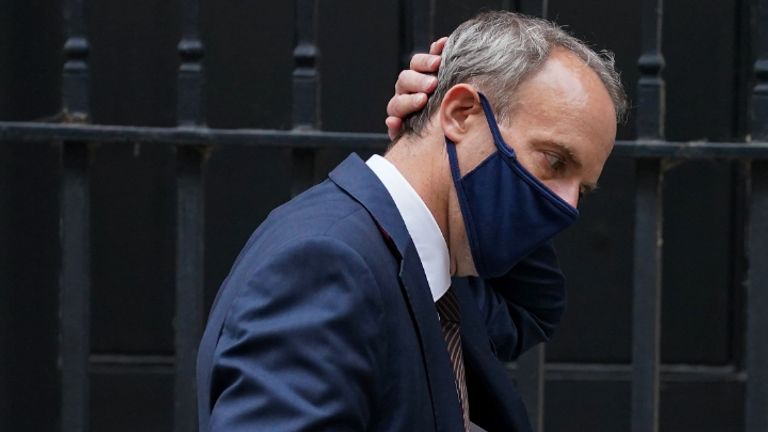 Foreign Secretary Dominic Raab also continued with efforts to come up with a joint global response by speaking with his Indian and American counterparts.

However, Mr Raab was hit with calls to resign from opposition MPs following claims he last week failed to immediately ask Afghanistan’s foreign minister for urgent assistance in evacuating Afghan interpreters who had worked for the UK military.

According to the Daily Mail, the foreign secretary – while on holiday with his family in Crete – was advised by officials on Friday to speak with Hanif Atmar as the Taliban advanced on Kabul.

But, the newspaper said, officials were told Mr Raab was not available and that another foreign office minister should speak with Mr Atmar.

The report said that Mr Raab ended up not speaking with his Afghan counterpart until at least the next day, after the Afghan foreign ministry refused to set up a call with the more junior UK minister.

A foreign office spokesperson said: “The foreign secretary was engaged on a range of other calls, and this one was delegated to another minister.”

Labour’s shadow home secretary Nick Thomas-Symonds accused Mr Raab of a “dereliction of duty”, adding: “Failing to make a call has put the lives of brave interpreters at risk, after they served so bravely with our military. Utterly shameful.”

On Thursday, Mr Raab will join a virtual meeting of G7 foreign ministers.

This will precede a planned virtual meeting of G7 leaders early next week – set to be held more than seven days since Afghanistan’s capital Kabul was seized by the Taliban.

The virtual talks will come as European leaders struggle to hide their frustration with US President Joe Biden’s handling of the withdrawal of American troops from Afghanistan.

However, Mr Biden has remained defiant about his decision to pull-out US soldiers and, on Wednesday night, once again refused to take questions following a live televised statement from the White House.

Mr Johnson’s call with Mr Draghi came after the prime minister had faced a barrage of criticism from MPs of all parties – including senior Conservatives – in the House of Commons on Wednesday.

The prime minister used his address to parliament to promise a doubling of UK aid to Afghanistan this year to £286m.

The government – which has cut the UK’s overall foreign aid budget – is also calling on other nations to boost humanitarian assistance to Afghanistan.

Downing Street said Mr Johnson, in his talks with Mr Draghi, had “outlined his five-point proposal for the international community to support the people of Afghanistan and to contribute to regional stability”.

The continuing immediate priority for many countries is the evacuation of their nationals from Kabul, with the US warning on Wednesday night that it could not ensure safe passage for those attempting to reach the city’s airport.

The US also said it does not currently have the capability to evacuate large numbers of Americans who are outside Kabul. 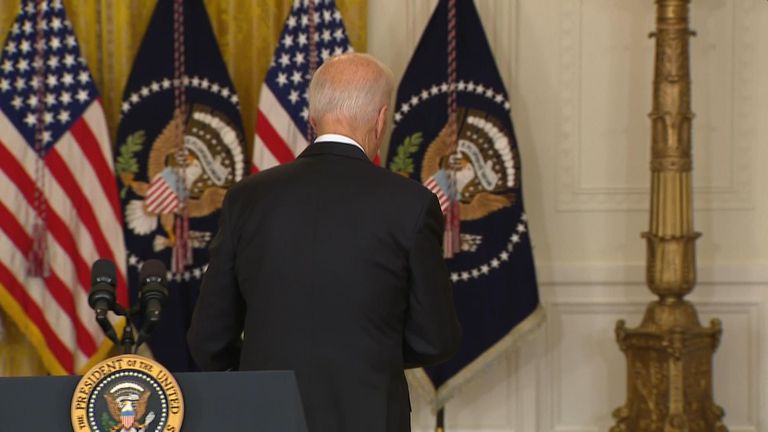 As of 8am on Wednesday, the UK had evacuated approximately 1,200 people from Kabul on military flights.

The government has also promised to welcome up to 5,000 of the most vulnerable Afghans to the UK in the first year of a bespoke refugee scheme, and up to 20,000 in future years.

A Downing Street spokesperson said: “Today the prime minister set out the UK’s significant offer to address the humanitarian crisis in Afghanistan – doubling our humanitarian aid to the region and establishing one of the most generous asylum schemes in British history.

“He also outlined the UK’s broader strategy for Afghanistan and the region, including the need to unite the international community behind a clear plan for dealing with the Taliban regime in a unified and concerted way.

“We are now asking our international partners to match the UK’s commitments and work with us to offer a lifeline to Afghanistan’s most vulnerable people.”