Among the more than 500 people arrested so far in the attack on the Capitol on Jan. 6, there have been several married couples and any number of parent-and-children teams. There have even been sets of siblings charged.

On Tuesday, however, in what seemed to be the first move of its kind, the Justice Department unsealed a complaint against almost the entire Munn family of Texas, accusing the father, the mother and three of their children of illegally breaching the Capitol through a broken window. 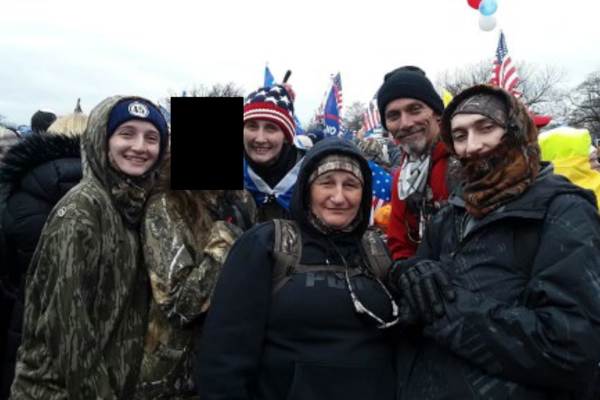 Prosecutors say that Thomas Munn, the family’s patriarch, began writing about going to Washington for a pro-Trump rally in late December, posting an image on Facebook with a caption reading, “POTUS HAS REQUESTED YOUR ATTENDANCE WASHINGTON DC JANUARY 6TH 2021.”

Then on Jan. 5, court papers say, Mr. Munn posted another Facebook image showing what appears to be the family’s car and trailer on the road from their home in Borger, Texas. A homemade sign is visible on the back of the trailer reading, “D.C. Bound We are Q,” in an apparent reference to the QAnon conspiracy theory.

According to the complaint, the Munn parents and their children Dawn, Joshua and Kayli entered the Capitol through a broken window at around 2:25 p.m. on Jan. 6 and took what amounted to a brief tour of the building, breaking nothing and harming no one. Afterward, court papers say, they all posed for a photo with another family member — a minor child — who was not charged in the case. The exact ages of the children were not released.

The charged family members were arrested in Borger on Tuesday and could not be immediately reached for comment. A lawyer had yet to file an appearance in their case .

Prosecutors say that investigators tracked the family down with the help of a tipster and interviews with at least three of the Munn children’s teachers. The F.B.I. also obtained private Facebook conversations that some members of the family had with their friends.

For example, on the day of the riot, according to the complaint, Dawn Munn sent a Facebook message to a friend saying, “We went in and stormed capital!” In another message to a different person, Dawn Munn wrote, “We were in capital!!…I do mean IN the building!!”

That same day, Joshua Munn wrote a Facebook message to someone named Joel, prosecutors say, describing how he and his family had crawled through the window and saying it was “super cool.”