OK, so now we are home-schooling. All of the UK’s schools are closed (although they will still cater for vulnerable children and the children of NHS staff and other frontline workers). Exams are cancelled.

You may have read about what Isaac Newton discovered while under quarantine, or that Shakespeare wrote King Lear during an outbreak of plague. This may be driving you crazy, as those people did not, history suggests, have sole care of a four-year-old and a six-year-old. You can console yourself, momentarily, with the timetables that parents are drawing up and putting on Twitter: 9am to 11am, Frozen; 11am to 11.05am, pizza; 11.05am to 1pm, fighting; 1pm to 3pm, Frozen II. But this will kill only 30 seconds. Even the most anarchic parent will recognise that they have to find a fruitful way to fill the days, which means trying to replicate the formal education the kids are missing.

Education Otherwise, the primary English home-schooling organisation (it has a Welsh arm; Scotland has Schoolhouse), describes parents’ two core approaches: structured or autonomous. Structured learning follows the school day and curriculum; there is a solid argument that, since you intend for your children to go back to school and the school will give you materials (all primary and secondary schools are making plans to this effect), this is the way to go. If you are of an autonomous bent, however – keen to follow the Platonic ideal: “Do not train a child to learn by force or harshness, but direct them to it by what amuses their minds” – that is also legitimate. Your children are unlikely to get hopelessly behind. They might even come out knowing more about creative writing than fronted adverbials.

Amanda Grace is the deputy head teacher of Macaulay Church of England primary school in Lambeth, London; she also has two sons at secondary school. She is clear on the structured approach: “Start every morning with a timetable and stick to your timings. Use language such as “now” and “next”. For younger children, you can build in very clear timings such as 10 minutes’ reading followed by 10 minutes’ Lego, role playing, chase games or exercises.”

Ben Wilson, 19, was home-schooled between the ages of 12 and 13. While he and his mother, the film-maker Beadie Finzi, describe a lot of creative learning, sometimes only tangentially related to the curriculum, he says: “We put together quite a formal timetable. The routine aspect is important. If you’re just: ‘At some point we’ll do this,’ you’ll fall into the trap of not ever getting anything done.”

I just made myself laugh out loud by attempting to start this paragraph with “arguably”. There is no argument: this is the hardest age to do yourself. Whether you have one, two or three under-fives, all those situations are uniquely challenging (loneliness, squabbling or constant squabbling).

On the plus side, a lot of the formal learning requirements are things you would do instinctively: communication and language development; fine motor movements; large movements and coordination; reading and writing; counting and adding; shape, space and measures; and expressive arts and design. There is a section on understanding – the world, people and communities, technology – and, sincerely, where would any of us start? The challenges in this age group will be around letting off steam, especially if you can’t leave the house, not being able to socialise, especially for a child without siblings, maintaining concentration, especially your own, and mess.

Keep your timetable realistic. You will not conclude a slime-making session in less than an hour; you will probably not spend more than 10 minutes at a go, reading. Make as much use of your garden as you can (for communication, all motor skills, understanding the world). In the pre- or only just-verbal age group, it’s hard to explain what’s going on in a reassuring way; you can download a really good, illustrated booklet here.

By this point, you’ll have materials from school, and can base your day around that. Now they’ve got some fine motor skills, you can build in some practical experiments, which can be either directly or indirectly germane to the curriculum. Making sugar crystals, exploding baking powder and vinegar, putting eggs in Coke, dyeing noodles in unicorn colours: all of this will genuinely (I’m not even joking) come up in the science curriculum, and can be spaced out over several days, which will give a sense of the world still turning. Cooking is obviously useful for maths, especially in the earlier years. And kids of this age are still biddable enough to engage in physical enterprise, like home circuits, music and movement. “Anything you can do with physical actions will also enhance their focus,” Grace says. “Getting children to stand behind their chair and make up actions for factual learning also helps break it up and make it more fun. Anything that can be turned into a game or a competition also galvanises focus dramatically.” 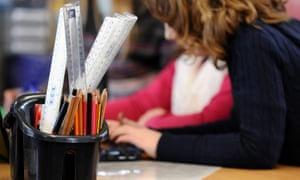 Some of them will be approaching key stage 1, and the school will certainly have areas that they want you to cover, although these tests were always about measuring schools more than pupils, and it seems likely to me that we’ll find creative ways around the data gap. So don’t pile pressure on them, but likewise, don’t underestimate them. “When children are engaged and active,” Grace says, “their focus can be incredible.”

Don’t expect them to listen to you drone on for hours. “When it comes to listening to any sort of teaching input, we have an old adage in the profession that the time in minutes that you talk to your class should never be more than the children’s age in years plus two. The key here is in children being active and unearthing the learning themselves as far as possible.”

Sit next to them while you’re actively trying to help them understand. Grace continues: “Questions should be open, such as ‘tell me more about that’, ‘what made you think that, ‘what did you know already that led you to do that question in that way?’ ‘Tell me how you did it’, ‘Did the way you approached that work – why/why not?’ ‘What would you change next time and why?’ Take a little time to look up ‘Bloom’s Taxonomy’ online.”

At this, and indeed, all ages, “You cannot over-encourage a child,” Grace says. “Try to give time frames and tangible rewards. Young children love a sticker. A hug and a jump around for completing the task at hand is also highly effective and can be explicitly built into the day’s timetable. Timers work well, as do clear expectations such as: ‘When I check in 10 minutes time, you will have written up to this line.’

They are approaching key stage 2 , but the same rider applies as to key stage 1: really try to minimise stress. There is even more material at this stage, both online and in the meat world, that you’ll be able to access through the school or online. The BBC is putting out its educational content, BBC Bitesize and BBC Teach, on iPlayer, as well as doing two bespoke educational podcasts a day on BBC Sounds. 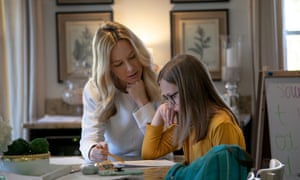 There will upsides. Wilson remembers: “You have to plan quite far ahead, because you’re going to get through an enormous amount of things. What would take a class a week will take you a day, easily, because you’re not waiting for 29 other people to finish.”

Beadie Finzi, his mother, recommends bringing in other family members, though obviously for 2020 that depends who is well and how old they are. “While me and Alex [Wilson’s father] had some emotional bandwidth, we would have lost our minds if we’d done it all. And the conversations that Ben had with Uncle Tony about biology, he’ll remember for the rest of his life, because they were wild.” If you can think of people – other parents, family members – who are particularly good at a subject, you can organise group tutorials on platforms like Skype or Zoom.

While you probably want to cover off the curriculum, you’ll have time to do other things. Kerstin Rodgers home-schooled her daughter for a year at the end of primary school. “My boyfriend at the time was very interested in self-sufficiency, he was a bit of a prepper. So my daughter was quite adept with an axe at age nine.” If the early years were all about “cooking, designing, problem-solving, experimenting, water play using the bath or sink,” Grace says, at this age you can “make up plays or compose letters and cards for grandparents, Skype the plays, put together Powerpoint presentations to share. Anything with a real-life purpose is far more appealing to children.”

OK, deep breath: this might involve some arguing against Fortnite or TikTok. The cancellation of GCSEs and A-levels has left some teens ashen about the loss of their life’s work, others celebrating, some doing both in cycles of five minutes. Emphasise that the learning was and is precious in its own right, and the exams were only ever a pretty random temperature check on the infinitely vast and beautiful ecosystem of their giant brains. Or something.

This does mean continuing to take the learning seriously, and trying to match the five hours of learning they would do at school. Most secondary schools will have a homework app and be funnelling through what they consider at least the necessary work, if not more. So apart from having to bend them to your will, the challenge is whether or not you can help if you don’t understand it yourself.

“The first port of call is to see if your child can explain it to you,” Grace suggests. “In doing so, their own learning will become far more concrete. When you look things up online, be careful to put in the level of understanding that you need; is it for key stage 2 or GCSE?” Rodgers was actually trying to teach her daughter in French, her own second language, but coped with that better than the maths and science. “They way they teach those things has obviously moved on a lot from when we did them. So you’re having to learn it all again.”

Look things up. Consult widely (by which I mean, ask Twitter). Try not come off as interfering. Kids are never too old to be diverted by arts and crafts. Consider a more advanced science kit, so you can blow things up. Let them have some privacy. Encourage them to talk to their friends after school, and especially if you’re self-isolating. Wilson recalls: “When I was 12, I didn’t have a phone. Which meant your friendships were at school, and that was it. I remember being incredibly lonely at points. This is what parents should prioritise. Technology makes it a bit easier. It’s definitely the trickiest aspect to get right.” Play a lot of cards.

“If you do have a large family,” Grace says, “maybe there is a small project that a group of the children can work on together, such as a collage or painting while you hear one of them read or tackle the maths problems.”

Above all, don’t be too hard on yourself or them; if you need to throw in the towel for the day, do it. Both Finzi and Rodgers dropped the timetable if they had to, and they have magnificent children (Ben Wilson is now in his first year at Sussex University; Kerstin’s daughter is Sienna Rodgers, who was an alternative samba band leader at age 8, and became editor of Labour List at age 23). Sometimes life feels like a marathon done at a sprint, and this is one of those times. We don’t have to win it – we just have to live it.