When James Coombs’ eldest son turned 10, it seemed natural to put him in for the 11-plus test. He was a bright lad, often at the top of the class in his Buckinghamshire primary school, and the grammar school was just down the road.

So it came as a bit of a surprise when the boy didn’t pass.

“We got the results by post,” Coombs says. “Three individual scores for maths, verbal reasoning and non-verbal reasoning, all given very precisely to two decimal places. His overall score was less than the cut-off mark. My first thought was: How could a couple of hours of multiple choice questions come up with such precise measures?”

Coombs, who works in IT and has a background in data science, is not a man to give up without a fight. So he queried the result with the school. “Like a teacher, I said: ‘Show me your workings.’ I thought the school had made a mistake, and that could have affected a number of people.”

He could have had no idea that his tentative inquiry would lead him, eight years down the line, to a hearing on 4 March at the Administrative Appeals Tribunal in London. The outcome could have far-reaching implications for those interested in how, and indeed whether, selection works.

Parent fights to prove 11-plus doesn’t add up

If the tribunal agrees to release raw data on children’s 11-plus test scores, it could open the door to a flood of similar requests from parents – and others. Academics who want to pin down whether grammar school pupils do better than they would have done elsewhere could ask for fresh data. And the outcome just might shed light on the fraught issue of whether a test can be “tutor proof”.

Coombs’ son – who prefers to stay out of the fray and remain nameless – went off happily to the local comprehensive in 2013. He continued to thrive, and in 2018 gained excellent grades at GCSE, before entering the sixth form at his local grammar school. He has recently received a university offer to read material science at Oxford.

His father, meanwhile, has continued his pursuit for information. At issue is his request under the Freedom of Information Act for data on the raw scores awarded to children sitting the 11-plus test his son sat.

The test was set by the Centre for Evaluation and Monitoring (CEM) – one of two bodies that run most of the tests for England’s 163 grammar schools. The score seen by parents is a different, standardised one, adjusted to take into account external factors. These might, for instance, include the fact that children born in August are at an age disadvantage to their September-born peers.

Coombs argues there has been a pervasive lack of transparency surrounding 11-plus testing, and that this should be challenged. In particular, he wants to know whether an increase in applications from pupils who live outside Buckinghamshire is making it more difficult for local children to get in: the standardised scores he has been given don’t show this, as they are adjusted so that the pass mark is always the same.

It has been a long journey. In 2014, he submitted a detailed request for raw data to the CEM. The centre refused, citing a freedom of information exemption allowing bodies to withhold information on the grounds of commercial confidentiality. 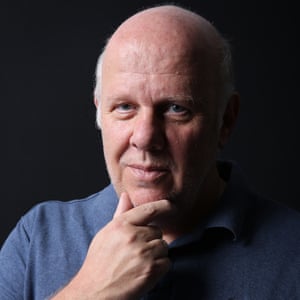 Durham University, then owner of the CEM – since sold to the University of Cambridge – argued that to publish raw test scores would undermine its unique selling point: that its tests judged pupils’ natural ability, allowing schools to find the brightest pupils, rather than those whose parents could afford to pay for a coach. A key argument against selection has been that it disadvantages poorer families.

Publication of the raw scores would enable both competitors and tutors to understand the CEM’s methods, the university said, which would undermine its efforts to reduce the effects of coaching.

The centre says it has never used the phrase “tutor proof”, and its then director said in 2016 he did not support a claim that the test could detect “natural ability”. But it does say on its website that its tests are designed “to demonstrate their academic potential and ability without the need for coaching and excessive preparation”.

Its site also bears a quote from a grammar school headteacher who says: “I wanted a test that delivered the brightest boys regardless of whether they could afford to be tutored – and that’s clearly what we’ve got.”

The Guardian reported in 2014 that, following the introduction of the CEM’s test in Buckinghamshire, the gap between state and private school pupils accepted into its grammar schools had actually widened. Buckinghamshire has since dropped the CEM test and returned to one of the centre’s competitors.

The years since Coombs’ son was refused a grammar place have been taken up with internal reviews, submissions to the information commissioner, and tribunal decisions. Although a hearing found against Coombs, an appeal ruled that the case should be re-examined.

The argument now centres on whether the CEM’s commercial interests are outweighed by the public interest in knowing how the tests work. But the wider argument Coombs makes is that without transparency the administration of the tests – and their social or educational outcomes – cannot be properly scrutinised.

“Basically,” he says, “the 11-plus is as opaque as hell. If you start trying to find out information that would be useful, possibly linking it to data on disadvantaged children, you get nowhere.”

His campaign is being watched with interest. Prof Stephen Gorard, based at Durham University and a former colleague of the CEM team, has also requested raw test scores from the CEM and been refused.

He believes the data could be used to answer a fundamental question: do grammar schools make any difference? Existing information suggests not, he says – in effect, their superior exam results are entirely explained by their intake. Gorard wants to use the data to identify children who passed the 11-plus but who didn’t go to grammar school. He could then compare their GCSE results, he says, with those who got similar scores and who did go to a grammar. In order to get a big enough sample, he thinks he would need to have at least two years’ data.

If the CEM released the data, he says, the Department for Education could use its national pupil database to link it anonymously to individual pupils’ GCSE results and other records.

“It’s in the public interest,” he says. “The majority of research shows grammars make no difference, and it’s extremely unlikely this would show anything different. But the approach we are suggesting is as powerful as doing a randomised trial, and that would be a decisive step forward.”

Both Cambridge University, which now owns the CEM, and the University of Durham, which used to own it, have declined to comment while the tribunal case is pending.

But whatever the outcome, Coombs has lots more questions, for other test providers as well as for CEM – and is determined to keep asking them.