Southend sixth former Lexie Bell should be feeling confident about her university place in September. When she was applying her teachers predicted she would achieve an A* and two A grades, and she has worked hard to meet the terms of her offer to study English literature.

Instead, she is “worried and on edge” and her father, Michael, is fundraising through the Crowdjustice website to raise the fees for a legal action against Ofqual, the exam regulator in England. With exams cancelled because of Covid-19, he fears the proposed system to grade A-levels and GCSEs will mean downgrading high- achieving students attending less well-performing schools.

Teachers in England have submitted the grades they judge their students would have achieved in exams (centre assessment grades) and now Ofqual and the exam boards will put them through a statistical mangle, which Ofqual says is likely to include a comparison with the grades achieved in each subject by the school’s A-level candidates over the previous three years. If the boards suspect teachers are being over-optimistic, they will lower students’ marks.

Teachers have been told to put their candidates in rank order within the grades, which means those near the boundaries could drop to a lower grade if Ofqual raises the number of marks needed for each grade to avoid grade inflation compared with the previous year.

Will GCSE and A-level students get a fair deal when coronavirus has cancelled exams?

At Lexie’s school, Shoeburyness High School in Southend-on-Sea, no candidate has achieved above a C-grade in the last three years in her A-level subjects – English literature, psychology and religious education – so her father fears she could end up with Bs or even Cs to bring her in line with the school’s previous performance. He is hoping to launch a judicial review of Ofqual’s statistical standardisation methods before the results are determined and announced in mid-August.

Ofqual has said that it will take the prior performance of a year group into account but not that of the individual student. So the fact that Lexie achieved top grade 9s in her three A-level subjects at GCSE will not help her. If the regulator’s system takes the GCSE results of the whole of her year group into account, she could be further disadvantaged if she belongs to a below-average cohort.

Her father says: “Ofqual has not yet told us exactly how grades will be determined, but on the basis of what it has said so far, it seems the process will be inherently unfair because it ties in a student’s results to those of his or her predecessors. Her teachers expect her to do very well at A-level. She is at risk of being marked down through no fault of her own and I am not prepared to take that lying down.”

He adds: “What sticks in the craw is that there is no appeal against the awarded grade. That to me feels fundamentally wrong and against natural justice. The only way I can see to find out exactly what is planned and get justice for our children is through the legal system.”

He says many students like his daughter face having their grades unfairly adjusted downwards, and their only recourse will be to sit exams in the autumn. “This could have a significant impact on both their future prospects and their mental health,” he says.

Lexie, 18, hopes her first-choice university, Sussex, will be flexible. But even if her place is secure, she fears she will have lower grades than she deserves on her CV for life. “It’s very odd at the moment. I feel as if I’ve worked all those years for my exams and it has ended up being anti-climactic. The worst part is that I know I have no control. I really have no idea how it will end up,” she says. 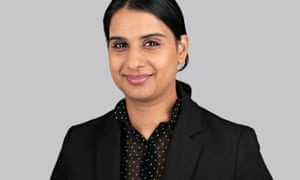 Ironically, Lexie is in this position because of a choice she made at the age of 11. “She passed the 11-plus to go to Southend High School for Girls, a grammar school, but chose to go to Shoeburyness,” says Bell. “If she was at the grammar school now her grades would be more secure because they are in line with what its students achieve.”

At another school, Matthew Taylor, (not his real name), 18, is having trouble sleeping because of his fears that the system will mark down the three A* grades his teachers had predicted for university entry, just because his school has no track record of top grades.

With competition for a place at medical school fierce, he fears he will lose out and have to wait another year when he will be up against a new set of applicants.

“Ofqual has been evasive about not disclosing how dominant the standardisation will be compared to the teacher-assessed grades. I have been anxious because my school is an Ofsted outstanding school but in terms of A-level attainment over the last three years it has been average, and there have been no A* grades in my subject, chemistry,” he says.

Amara Ahmad, an education lawyer, says it can be argued that bright students at a school or college that historically has done less well could be prejudiced by the proposed standardisation system.

‘It’s all I talk about’: crunch time for sixth-formers to decide on university places

“The position of the government and Ofqual is that there is a right of appeal, but it is very limited and just for the exam centre if it believes there has been a technical error,” says Ahmad, a senior associate with Doyle Clayton solicitors.

Students themselves do not have the right to appeal and Ofqual has said that candidates can choose to sit their exams and obtain a “real” grade in the autumn. “However, universities start the third week in September and there is no timetable yet for the autumn exam series so it could cost a young person one whole academic year,” she says.

Her other concern is the risk of bias against children from black, Asian and minority ethnic (BAME) backgrounds. “Published studies from the UK and abroad have looked at the drawbacks of teacher assessment, particularly for minority groups,” she says.

Dennis Sherwood, an independent assessment consultant who has worked with Ofqual, points out that if the centre-assessed grades are out of line with previous years, the boards will need to lower the overall results or face claims of grade inflation. Then if students fail to get their expected grades, they will blame teachers.

“Teachers have been placed right in the centre of the firing line by widely used but erroneous statements such as ‘this year, students’ grades will be based on teacher assessments’,” he says. “The truth is that the grades awarded to students in August will not be those submitted by teachers, but those resulting from statistical standardisation by exam boards.”

He adds: “It may be that Lexie and William are concerned unnecessarily and that Ofqual will find a way to take “outlier” talented students into account. We just don’t know, and that is the problem. Ofqual has not stated the details of the rules that will be applied, even after teachers have submitted their assessments. That creates much anxiety, especially for bright candidates trapped in their school’s relatively weak past and also for small groups entered for a subject.”

Ofqual says statistical standardisation will not change the rank order of students within each school or college, nor will it assume that the distribution of grades in each subject and school or college should be the same. If some grading judgments appear to be more severe or generous than others, exam boards will adjust the grades of some or all of those students upwards or downwards accordingly.

The board says: “We are still exploring the finer detail of the standardisation model and are carefully evaluating the relative impact on centres of different sizes and with different characteristics and, where possible, technical choices will be made to ensure students are not systematically advantaged or disadvantaged.”