HONG KONG (Reuters) – Minnie Li and Nannan were nervous as they walked into a Hong Kong restaurant with several friends offering donations of masks and hand sanitizer in the middle of a pandemic. 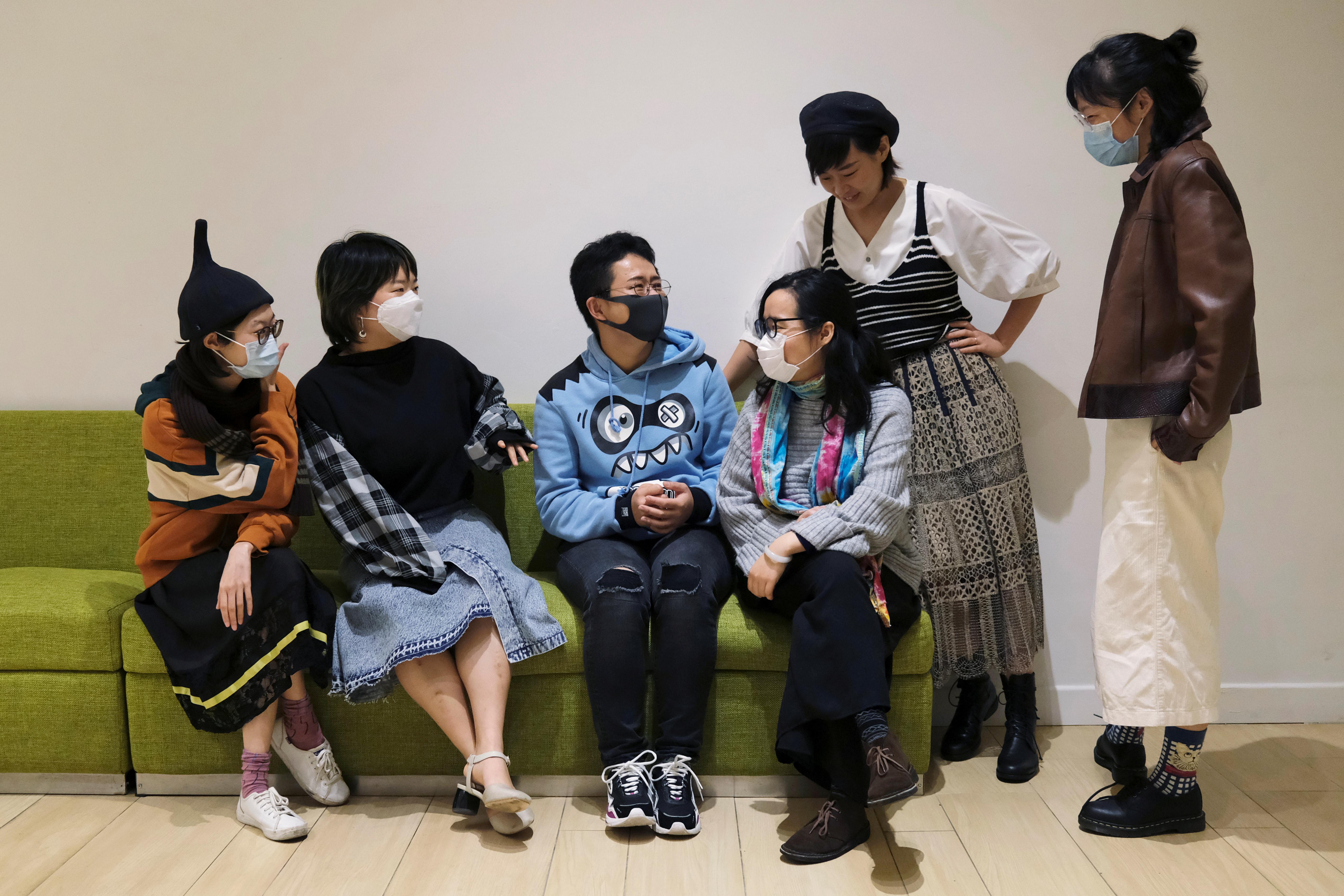 They weren’t worried about catching the novel coronavirus. They were afraid of the reception they might get as mainland Chinese. As the virus was spreading from the mainland to Hong Kong, the restaurant chain’s pro-democracy owner had banned Mandarin speakers in a post on Facebook: “You won’t seal the border, so I’m sealing my shop.”

It didn’t matter that Li and Nannan were pro-democracy protesters themselves, risking the wrath of Communist Party authorities back home to join the demonstrations that rocked the city last year. The restaurant’s owner condemned their outreach as “a sting operation,” in the latest sign of rising anti-mainland sentiment in the city – even against those who have been fighting on the same side.

That experience brought home an uncomfortable reality: that the city they cherish for the freedoms they didn’t have back home may not cherish them in return.

Since Hong Kong reported its first coronavirus patient in January, the young women say they’ve been castigated as “oppressors” and “colonizers,” including by friends who once rallied with them through clouds of tear gas.

Tensions between Hong Kongers and mainlanders have always run as a strong undercurrent to the protests. But for many locals in the pro-democracy camp, the political threat from the mainland has now been compounded by a physical threat, also emanating from the mainland.

Hong Kong’s Equal Opportunities Commission said it has received around 600 complaints and enquiries related to discrimination against mainlanders or Mandarin speakers since the outbreak began, compared with “very few” before.

More than 100 restaurants have warned against mainland or Mandarin-speaking patrons. One hair salon said it would only cut “Hong Kongers’ hair.”

After police found suspected bombs on a train near the border with the mainland in early February, an anonymous group claimed responsibility on the messaging app Telegram, warning “mainland zombies” that “we can close our checkpoints ourselves.”

The prejudice has been hard to bear for the few mainlanders who joined last year’s pro-democracy movement and tried to help protesters and mainlanders better understand each other. They had faced suspicion then, but it felt like they were united with Hong Kongers in the cause against encroaching Communist Party rule.

Now, one of them said bitterly, it felt like she was trapped in a “one-sided romance” – one that had become unhealthy.

“MY FRIENDS NEVER EXCLUDED ME BEFORE”

When she arrived at her parents’ home in the mainland, spending time in their vegetable garden was a welcome change from the crowded towers of tiny flats in Hong Kong, where she had moved eight years ago for postgraduate study. Trekking in the mountains with her parents, cooking, going to bed early, made her feel “cordoned off from the world.”

But the 31-year-old curator at an arts and culture nonprofit couldn’t talk politics with her family, most of whom are Communist Party members. Nannan had learned her lesson in 2014, during previous pro-democracy protests in Hong Kong. At the time, her father threatened to sever ties, and her mother concluded she had been “brainwashed.”

Nannan, who asked to be identified by her nickname because mainlanders who openly support the Hong Kong protests have faced interrogation and risk arrest if they return home, said she knew her parents were trying to suppress her beliefs “in the name of love and worry.”

And at least she felt safe back home. But she hadn’t been in the village long before medical staff in Hong Kong went on strike, demanding the full closure of the mainland border as the epidemic spread.

Fearing getting stuck in her village for a long time, she bought a ticket on the next train back. Determined to get back to Hong Kong virus-free, she didn’t take her mask off to eat or drink during the 10-hour journey.

But when she contacted her flatmates, they asked her not to come back.

A local friend offered to host her for a few weeks so she could self-isolate as a precaution. An hour after she arrived, neighbors reported a Mandarin speaker to the landlord. She was from Singapore, her friend lied.

Once settled, Nannan started checking Facebook. A friend shared a meme about a man who once pitied mainlanders living under Communist Party rule but now thought it would be better if they were all dead. She scrolled: “diseased mainlanders are at our doorstep!” And again: “colonizers.”

“They think mainlanders are not human beings and should die,” she said. “Under this virus, discrimination has been much more open.”

Outside the flat, the feeling of isolation lingered.

“My friends never excluded me before,” Nannan said. “When I pronounced something wrong, it became a joke. Now, if I say something wrong in Cantonese, it won’t be a happy moment, it will be a dangerous moment.”

Minnie Li, a sociology lecturer at the Education University of Hong Kong, is well known as a protester.

At a million-strong march last June, she walked with about 60 mainlanders behind a banner reading, “On the road to democracy, let’s walk side by side.” Days later, she staged a hunger strike with other activists for 90 hours until an ambulance took her to the hospital.

Li, who was born in mainland China, moved to Hong Kong 12 years ago. She says she wanted to visit her ill grandmother back in the mainland in January, but her friends and husband urged her to stay because she could have been in danger there. Her picture had circulated on Weibo, China’s version of Twitter, with the caption: “Remember her face and attack her because she’s betraying her own country.”

Now she’s facing recrimination in the Hong Kong she loves. Even some of her fellow hunger strikers have joined the chorus of fear against mainlanders.

Li has a large Facebook following and received hundreds of negative comments after writing about the trip with Nannan to the Hong Kong restaurant.

“You’re provoking people… No matter what you do, you are a colonist,” she said in trying to summarize the remarks. “You benefit from the national policy that protects the interests of Mandarin speakers. Even if you aren’t consciously supporting them, you are bearing original sin.”

She says that when she spoke Mandarin to a mainland student who needed stitches at a hospital recently, other patients shot them terrified stares, “as if they saw the virus.”

She worries now that Hong Kong’s fight for democracy has become more exclusionary.

“When you say, ‘support the movement,’ you don’t know what you’re supporting now,” Li said.

“You have to de-mainland yourself. It’s like some disease.”