KUALA LUMPUR (Reuters) – The world’s biggest maker of medical gloves is grappling with a serious shortage of workers as it tries to meet a huge surge in demand as countries such as the United States run out of personal protective gear due to the coronavirus outbreak. 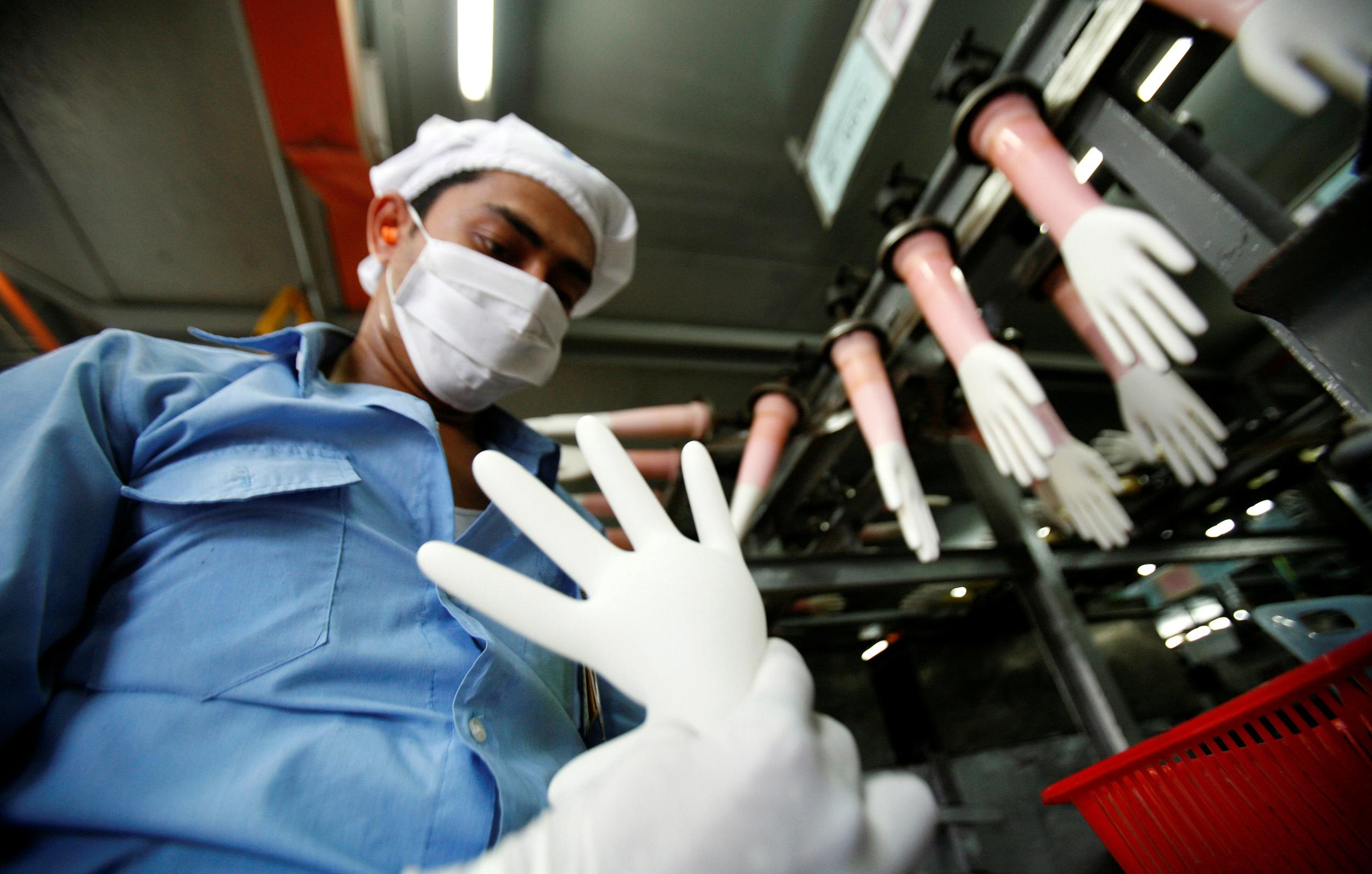 Malaysia’s Top Glove Corp Bhd (TPGC.KL), which makes one out of every five gloves in the world, needs to urgently recruit up to 700 more workers as orders in the past few weeks have doubled, the company told Reuters on Wednesday.

It has already said it would not be able to meet all of the increased demand, and its struggle to recruit workers could make the task of quickly adding production lines even more difficult.

The hiring drive has been hampered by Malaysia’s month-long curbs on travel as well difficulties in flying in workers from countries such as Nepal, the company’s main source of labor.

“We were already experiencing a shortage of workers in the beginning of the year, which has now become more serious following the implementation of Malaysia’s movement control order,” executive chairman Lim Wee Chai said.

“At the moment, due to the surge in demand, we require unskilled workers, especially to speed up the packing function and quality assurance function, so that the ready output can be shipped out quickly to our customers.”

Despite the coronavirus restrictions that will last until mid-April, the company managed to recruit some 300 people last month and has engaged staffing firms to look for workers more aggressively. It is now trying to hire more Malaysians and is conducting interviews over WhatsApp video calls.

Top Glove has 18,000 employees and 44 factories in three countries with the capacity to make 73.8 billion gloves a year, which it wants to increase given the global shortage.

An emergency stockpile of medical equipment maintained by the U.S. government has nearly run out of protective gear including masks, respirators, gloves, gowns and face shields, Reuters reported on Tuesday citing officials.

Malaysia, the world’s biggest glove producer, has the highest number of coronavirus infections in Southeast Asia with 2,908 cases.