WASHINGTON (Reuters) – The U.S. government’s massive effort to nurse the economy through the coronavirus crisis was billed as a send-money-and-don’t-sweat-the-details flood of cash to people and businesses in a $22 trillion system that has ground to a halt. 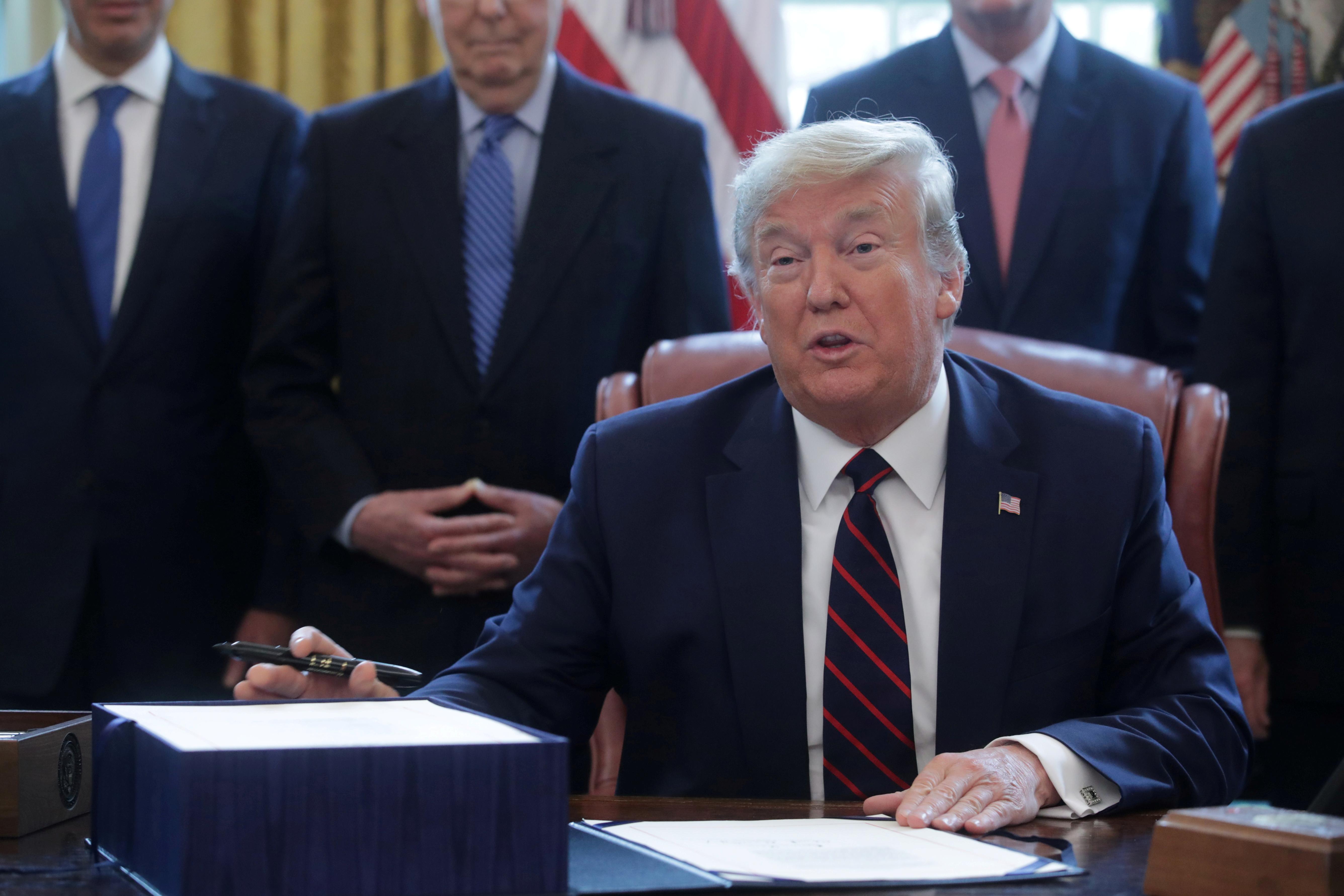 So far, the checks are not in the mail.

From technological glitches to confusion over the fine points of policy, the delays are mounting. The federal government’s muddled response risks deepening and lengthening a recession already historic for the speed of its onset.

States are struggling to process a historic mountain of unemployment claims on outdated technology. Large corporations, including companies slammed by the “social distancing” edicts keeping people at home, remain in the dark on the details of promised loans. Small businesses by the millions are desperately seeking cash, while banks still lack the right paperwork days into a lending program.

The Federal Reserve, quick to throw a backstop here under large portions of the financial system and major corporations through open-ended bond purchases, has yet to complete a promised “Main Street” program of an all-encompassing safety net of credit.

Every day that passes without federal money getting to people is “an unnecessary hit to businesses and households across the U.S.,” said Gregory Daco, chief U.S. economist at Oxford Economics.

Speed was considered of the essence when the so-called CARES Act became law on March 27, committing the $2.3 trillion to make up for the wages and incomes lost after Americans were ordered to stay home to control the spread of the novel coronavirus.

It was a rare moment of bipartisanship in Washington, with both liberal and conservative economists mostly agreeing this was not the time to argue philosophical points about moral hazard, misplaced incentives, or the dangers of public debt, but to get money to people before they were bankrupt or hungry.

As infections of COVID-19, the respiratory illness spread by the coronavirus, rose in the United States, so did concerns that without a broad government backstop, businesses would fail and households default on loans at such a scale that it would collapse the financial system as well. Instead of a quick “V-shaped” recession, with a deep drop but a fast and sharp rebound, delay could generate more chronic, systemic problems.

But theory and practice have diverged.

States have struggled just with the sheer volume of unemployment claims, which rocketed from about a couple hundred thousand a week in what was an era of historically low unemployment to millions here at a time. More than half, including California, New York and Pennsylvania, still rely on decades-old mainframe systems based on the COBOL language first introduced in 1959.

Efforts to extend benefits to the gig worker economy, a key element of the rescue bill, have not yet been explained on state unemployment websites. The timetable for a different bit of individual assistance, checks of up to $1,200 per person, is also unclear.

Major corporations, including airlines, due for direct loans under the $2.3 trillion emergency legislation are still waiting for detailed guidance from the U.S. Treasury Department on how and when it will show up.

Perhaps most unnerving to America’s millions of mom-and-pop restaurants, smaller manufacturers, and other small businesses considered the spine of the U.S. economy, the promise of quick checks and forgivable loans has fallen flat.

When the $350 billion “Payroll Protection Program” was launched last week, Treasury Secretary Steven Mnuchin said small entrepreneurs as of last Friday could “walk into a bank … and get money.”

Instead, there has been a maze here of red tape.

Lenders have complained about conflicting or incomplete information from Treasury and the Small Business Administration (SBA). Businesses say banks have not been responsive or limited access to existing customers.

“This has been a mess,” one business banker in the Midwest told Reuters.

The rollout has been so patchy that the Fed had to step in on Monday with a blanket offer to banks to take the small business loans into a new program of its own.

Even band-aid emergency cash hasn’t shown up. Borrowers applying under the SBA’s disaster loan program last Monday could check a box to receive $10,000 as an advance on the loan in three days. More than a week later, several borrowers told Reuters they hadn’t received the money.

The SBA did not respond to a request for information. Mnuchin on Tuesday asked Congress for an additional $250 billion for the program because the demand by businesses has been so great.

Most Trump administration officials have acknowledged hiccups, but also maintain they’ll meet the aim of the legislation – to help people and businesses before rent payments, bond payments and food bills come due.

“I can assure you, the president has instructed us to get this money into the economy fast,” Mnuchin told Fox Business Network on Tuesday. Treasury is meeting with airline advisers and “working very quickly” on getting them loans, he added.

President Donald Trump, under pressure over the administration’s overall COVID-19 response and facing re-election in November, has denied problems. On Saturday, Trump said he hadn’t heard of any glitches in a small business lending program, and berated a reporter who asked. “That’s so false. We’re way ahead of schedules,” he said.

WAITING ON THE FED

The Fed has already rolled out many programs at scale and with a speed unmatched during the 2008 financial crisis.

But the U.S. central bank’s ultimate rescue effort is still in the works – a potential $4.5 trillion program that could open its vault to mid-size and smaller companies, municipal governments, and perhaps even less creditworthy corporations pushed to the brink because of the current health crisis.

Until that happens key parts of the “real” economy are in a sort of suspended animation waiting to know what sort of lifeline is coming, how quickly and on what terms.

Cities, states, counties and other government entities are unable to borrow in the $4 trillion municipal bond market except at extremely high short-term rates as their sales and income tax revenues plunge.

“You can’t raise new money for your water system or your middle school or any of that because there’s no buyers for it, so you’ve got a lot of deals that are essentially shelved,” said Emily Brock, policy director for the Government Finance Officers Association.

She said if the Fed buys up secondary-market securities, there will be room for new issuance.

“We’re asking the Federal Reserve to be that savvy investor, to make other investors feel comfortable to help to drive down the yields that we’re seeing,” Brock said.