With so many people awash in content streaming into their homes in the pandemic, brands are struggling to figure out a way to connect.

That has been particularly true in the marketing of expensive luxury goods — the type of items people like to be seen wearing and using. For the last year, the parties and the cultural and charitable events, where the wealthy can see and be seen, have not been happening.

“Why do I put on a $200,000 timepiece if I have a clock on my microwave and haven’t left my house in four months?” said Chris Olshan, global chief executive of the Luxury Marketing Council, an organization that promotes luxury brands. “What’s the value of a $10,000 Brioni suit when I’m not going out and no one is seeing it?”

He said brands were being forced to explain why a new product was worth their interest and their money. “It’s, ‘Hey, you can dive in this watch, and it has this button that if you press it we’ll come rescue you off of an island,’” he said. “It has to be more than another Swiss watch. It has to have something more to justify the value.”

Without the fancy parties thrown by brands, that often include the added come-on of a celebrity or two, what’s a luxury brand to do?

Audemars Piguet, the Swiss watchmaker, which is introducing a $161,000 watch linked to a Marvel character — a project that has been years in the making — decided to try something it had not done before: an all-virtual event on Saturday to reveal the character.

The watchmaker also engaged the tennis champion Serena Williams to be an ambassador for the brand, and to participate in the Saturday event.

She is a serious Marvel Comics fan. “You don’t understand how excited I was that they’re doing something with Marvel,” Ms. Williams said in an interview from her home in Florida. “I’m the ultimate Marvel fan. I’m obsessed with the comics. And then the movies came out. I wanted to be part of it some way.” (Asked about her favorite character, she said it was a tie between Iron Man and Black Panther.)

Audemars Piguet has a history of celebrity partnerships. It made nine variations of its signature Royal Oak watch with Arnold Schwarzenegger, the actor and former California governor. It has also done watches with the hip-hop mogul Jay-Z and LeBron James, the basketball star.

Marvel was more challenging. First, it was difficult to get Marvel to agree to the partnership, said François-Henry Bennahmias, chief executive of Audemars Piguet, adding that he tried unsuccessfully for a decade to get a meeting with Marvel on his own. He was finally able to get one, he said, through his friendship with Don Cheadle, the actor who plays War Machine in the films.

Creating the watch was also a challenge because it has a sculpture of the character inside the casing. But Mr. Bennahmias said the virtual introduction could be among the most challenging elements — particularly since the limited edition watch will sell for $161,000.

“When you think about all the launches we’ve done, it’s always with the celebrities and a lot of people,” he said. “Covid has killed that completely. We’re launching in a complete digital format.”

That is why the watchmaker was hoping to create interest through keeping the character a secret until the announcement on Saturday and enlisting ambassadors like Ms. Williams, who is not immediately associated with comics.

Some brands have moved to bring in clients by promising behind-the-scenes access. Or as Mr. Olshan put it: “You know what the time is, but you don’t know how the watch works.”

FootJoy, a shoemaker that dates to the 1870s, has been the leading maker of golf shoes since 1945, with a classic image akin to Audemars Piguet. But that image has been challenged with social media influencers promoting more athletic-looking golf shoes.

So the company re-engineered its shoes this year and introduced the Premier Series, classic shoes that have more technology in the sole and shoe.

To get its message out to affluent consumers willing to pay $200 or more for golf shoes, it used a mix of pitchmen: Adam Scott, the 2013 Masters champion from Australia, who embodies a classic approach to the game, and Max Homa, a younger professional who rose to social media prominence in the pandemic with his gently sarcastic Twitter takes on people’s golf swings.

“My brand is to take the seriousness out of golf but also play at a high level,” said Mr. Homa, 30, who won his second PGA Tour event in February at the Genesis Invitational in Los Angeles. “I want people to understand there are a lot of ways to go about it.”

The shoemaker announced on Thursday that it was also teaming with Todd Snyder, a men’s wear designer who favors camouflage and doesn’t golf but has a large social media following and can bring in different types of consumers.

“We’re contrasting Adam Scott, who’s out of central casting, and layering on someone like Max Homa,” said Ken LaRose, senior vice president of brand and consumer experience at FootJoy. “But we’re also looking for style influencers outside of the world of golf.” 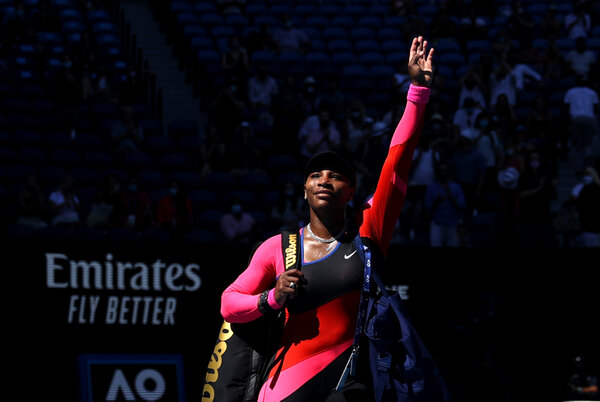 Bob Shullman, founder and chief executive of the Shullman Research Center, a marketing research firm that focuses on the wealthy, said many luxury brands in the pandemic had almost pulled back to concentrate on their core demographic.

“They’re marketing to very specific groups, not just on demographics but on interest, hobbies, location,” he said. “They’re looking for left-handed golfers who are playing with Chinese golf clubs. There may not be many. But if they can find them and have the right offering, they can do reasonably well.”

Bugaboo, which makes luxury baby strollers that can cost more than $1,000, is looking at an affluent demographic of young mothers who live in cities and will be doing a lot of walking with their stroller.

“People want to see real people using our product,” said Schafer Stewart, head of marketing in the United States for Bugaboo. “We’re looking for those people who marry up with our aesthetic. We’re never paying for it.”

(Influencers, like Bruna Tenório, a Brazilian model who just had her first baby, do get free products.)

“We’ve been talking a lot about ways to market without spending one red cent,” Mr. Olshan said. “A lot of brands are panicked about doing anything. How do you engage inexpensively?”

“Look, if you’re buying pots and pans from me, you’re buying the oven from someone else,” Mr. Olshan said. “We’re seeing a lot of partnerships of noncompeting brands.”

In tough times, even luxury brands need to rethink their age-old strategies.