Spurred by small retailers’ anger over Amazon’s grip on sales, especially during lockdown, France has delayed the start of holiday discounts. 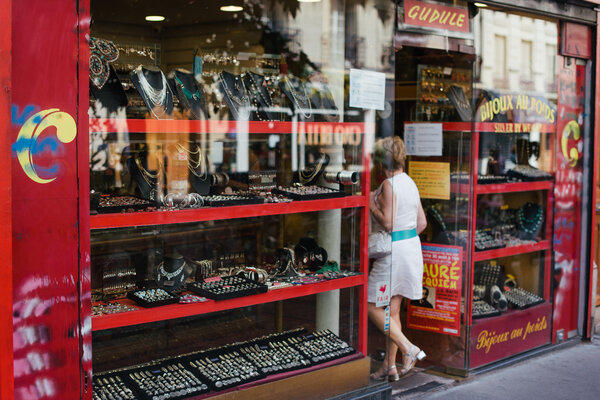 PARIS — The French government on Friday declared it was postponing Black Friday, as it moved to quell a nationwide rebellion by shopkeepers who say that Amazon has been stealing business from them during France’s coronavirus lockdown.

Black Friday, the U.S. import that has been embraced by European retailers as the quasi-official kickoff to the Christmas shopping season, will be delayed by a week in France, to Dec. 4, after the government wrested an agreement from Amazon and the country’s biggest retailers to delay their discounts.

The move is intended to level the playing field for booksellers, clothing shops and “nonessential” businesses that were forced to close their doors on Oct. 30 after a second national lockdown was imposed, propelling consumers to online sites, including Amazon.

Under the accord, big retailers agreed to put off their Black Friday sales promotions on the condition that the government reauthorizes the reopening of small retailers by then. Shopkeepers have agitated since the new lockdown orders took effect to be able to restart business.

“Let us open or we will die,” Yohann Petiot, the director general of France’s Alliance du Commerce, a trade group for businesses, told government officials this week.

But the finance minister, Bruno Le Maire, did not say on Friday when shops and other nonessential businesses would be allowed to resume operations. While the current lockdown has helped curb an alarming new outbreak of coronavirus cases, French health authorities have cautioned that any reopenings must meet strict safety protocols.

The spectacle of one of Europe’s most powerful countries scrambling to protect its retailers from Amazon highlights the difficulties governments are facing as they try to strike a balance between enforcing a second round of shutdowns amid pandemic fatigue, and preventing businesses that don’t have the same deep pockets as big corporations from collapsing into mass bankruptcies.

In France, the episode has ignited a fresh backlash against the American online giant. Since it arrived in 2000, Amazon has become a favorite in France, capturing nearly half of online spending in 2019. During the most recent lockdown, sales in France jumped nearly 50 percent from a year ago, the company said.

But rapid growth has turned Amazon into a symbol of a dominant multinational that detractors say is importing unwanted American-style consumerism, as well as job instability and environmental degradation, to the eurozone’s second-largest economy.

In the lead-up to the announcement, Mr. Le Maire and other politicians urged shoppers not to give Amazon their business.

The mayor of Paris, Anne Hidalgo, and environmental organizations and trade groups, circulated an online petition titled “Noël Sans Amazon” (“An Amazon-free Christmas”). Addressed to Santa Claus, it commits signatories to a “#ChristmasWithoutAmazon,” which is described as a tax-dodging Grinch that destroys small businesses, jobs and the environment.

The virtual call to arms, however, quickly fell victim to an online hack that overloaded the website with fake signatures sent from over 200 different servers, including hundreds in the name of Jeff Bezos, Amazon’s chief executive, with the comment “Sorry, not sorry, Jeff.”

But Amazon’s influence in France — it holds around 20 percent of the French e-commerce market — is such that other big retailers held back from agreeing to postpone their Black Friday sales until Amazon did.

After Mr. Le Maire told the French Senate Wednesday that it made sense to help small retailers by postponing Black Friday, Frédéric Duval, general manager of Amazon France, told a French radio station on Thursday that Amazon was “listening to the recommendations of the government” and would put off its online sales until Dec. 4, paving the way for a broad accord.

Still, the scramble by French politicians to soothe the ire of small businesses has reopened a broader controversy over Black Friday itself, which wasn’t even an event in Europe until a few years ago. It was ushered in mainly by Amazon, which began promoting major sales in lock step with those in the United States.

While the American Thanksgiving is just another Thursday in Europe, Black Friday has thrived. In Britain, Spain and other countries, Amazon and other big retailers already started offering Black Friday discounts online earlier this month.

France has been slower than other European countries to join the trend, and politicians have discouraged shoppers from participating, warning of “a frenzy of consumption” in which people are encouraged to buy products they don’t need. The fact that Amazon is not a French company did not help, either.

Yet Black Friday has been a crucial tool for retailers to top up sales. Last year, retailers in France raked in an estimated 6 billion euros in revenue around Black Friday.

Those sales are more critical than ever this year as retailers faced unprecedented losses from lockdowns linked to the coronavirus pandemic. Though stores reopened from June through September, it was not enough to fully compensate for France’s first lockdown: year-to-date sales are still, on average, 10 percent below their 2019 levels, according to an analysis by the German bank Allianz.

Restrictions on nonessential stores in France have already cast a shadow over the nearly €18 billion in retail sales that retailers normally make in November and December, Allianz said.

Whether pushing back Black Friday will help small retailers remains to be seen. The pandemic has rocked the economy, and the government is spending billions of euros to keep small businesses afloat, offering cheap state-backed loans and government subsidies for payrolls.

In one sense, the Black Friday delay has given small retailers a leg up. Several big chains that were allowed to remain open, including supermarkets like Carrefour and electronics giants including Fnac and Darty, had already printed promotional materials that may now have to be discarded.

Some bigger retailers had started offering discounts this week. Others have contracts with suppliers for deliveries in time for Nov. 27 promotions that may now need to be delayed.

Small retailers have used the lockdown to speed up the creation of websites and infrastructure to enable online ordering. The government has tried to encourage a transition to online sales, pushing “click and collect” activity, where customers can order online and come collect their own package.

Many shops, though, still don’t have the resources to compete with organized bigger retailers that have a pickup and delivery infrastructures in place. In some cases, the government has stepped in with even more subsidies: Recently, it announced it would pay postage for booksellers to send orders through the mail as a way of encouraging the French to buy locally rather than on Amazon.

The online giant, however, will likely continue to be a big winner in the pandemic. Global sales surged 35 percent in the first nine months of the year, to $260 billion.

It is expected to rake in billions more with global Black Friday sales, which are now being carried out on Nov. 27 everywhere in the world where it operates — except France.