WASHINGTON (Reuters) – U.S. retail sales suffered a record drop in March and output at factories declined by the most since 1946, buttressing analysts’ views that the economy contracted in the first quarter at its sharpest pace in decades as extraordinary measures to control the spread of the novel coronavirus shut down the country.

The reports on Wednesday came as millions of Americans have been thrown out of work, and were the most solid pieces of evidence yet that the economy was in deep recession and potentially at risk of a depression. States and local governments have issued “stay-at-home” or “shelter-in-place” orders affecting more than 90% of Americans to curb the spread of COVID-19, the respiratory illness caused by the virus, and abruptly stopping economic activity in the country.

“Economists have long imagined over the years what a new Great Depression would look like, but today they can stop thinking about it,” said Chris Rupkey, chief economist at MUFG in New York. “Things will plainly never be the same again for consumers and factories where everyone in the country will have to make do with less.”

The $46.2 billion decrease in sales in March was almost equal in a single month to the $49.1 billion peak-to-trough decline that unfolded over 16 months in the Great Recession.

The Federal Reserve said on Wednesday in its April “Beige Book” report of anecdotal information on business activity collected from contacts nationwide that “economic activity contracted sharply and abruptly across all regions in the United States as a result of the COVID-19 pandemic.”

The Commerce Department’s Census Bureau, which compiles the retail sales report said though “many businesses are operating on a limited capacity or have ceased operations completely,” it had “determined estimates in this release meet publication standards.”

Last month’s decrease in retail sales reflected depressed receipts at car dealerships, with auto sales crashing 25.6%. With millions at home and crude oil prices collapsing amid worries of a deep global recession, gasoline prices have dropped, which led to a 17.2% decline in sales at service stations.

There were also steep declines in receipts at restaurants and bars, which stopped in-person service and moved to take-out and delivery service. Though some businesses, including restaurants, have shifted to online sales, the volumes were insufficient to close the gap from social distancing measures. 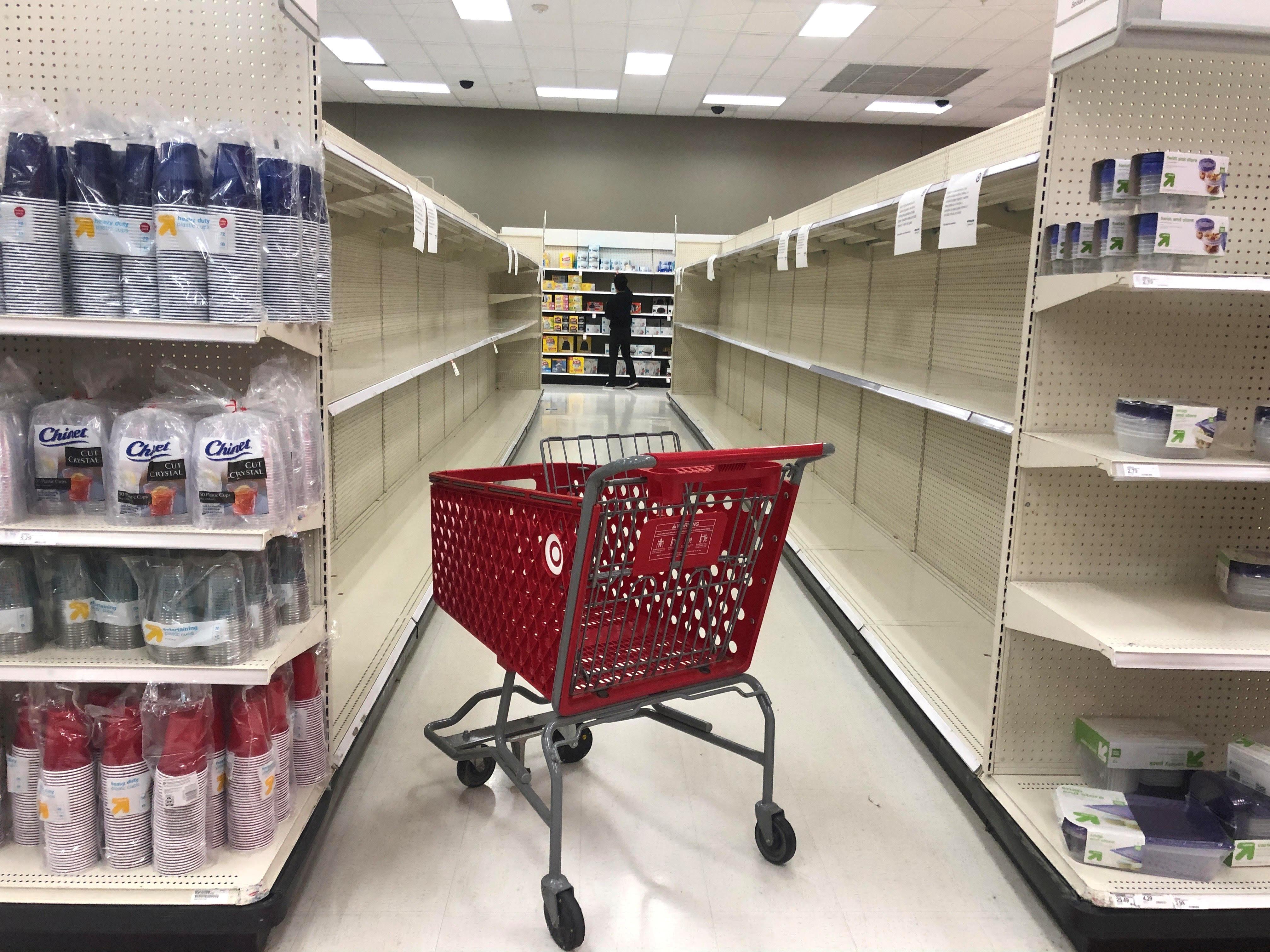 The drag on sales from social restrictions far outweighed a 3.1% surge in receipts at online retailers like Amazon (AMZN.O), and grocery stores and pharmacies as consumers stocked up on household essentials such as food, toilet paper, cleaning supplies and medication. Grocery store sales soared 26.9% and receipts at healthcare outlets jumped 4.3%. Sales at building material stores rose 1.3%.

Stocks on Wall Street fell, with the S&P 500 recoiling from a four-week high, on the raft of weak data and dismal first-quarter earnings reports. The dollar was trading higher against a basket of currencies. U.S. Treasury bond prices rose.

Excluding automobiles, gasoline, building materials and food services, retail sales increased 1.7% in March after a downwardly revised 0.2% drop in February. These so-called core retail sales were previously reported to have been unchanged in February. Core retail sales correspond most closely with the consumer spending component of gross domestic product.

Despite March’s increase in core retail sales, economists are forecasting consumer spending plunging at an annualized rate of at least 17.0% in the first quarter, which would be the weakest performance since record keeping started in 1947.

Consumer spending accounts for more than two-thirds of U.S. economic activity. It grew at a 1.8% pace in the fourth quarter, with the overall economy expanding at a 2.1% rate over that period. Economists see no respite for consumer spending in the second quarter, with estimates as deep as a 41% rate of decline, despite a historic $2.3 trillion fiscal package, which made provisions for cash payments to some families and boosted unemployment benefit checks. About 16.8 million people have filed claims for unemployment benefits since March 21.

Another report from the Fed on Wednesday showed manufacturing production plummeted 6.3% last month, the biggest decrease since February 1946.

A fourth report from the New York Fed showed factory activity in New York state slumped to a record low in April.

With March data coming in severely weak, economists are estimating the economy contracted at as much as a 10.8% rate in the first quarter, which would be the steepest drop in gross domestic product since 1947. 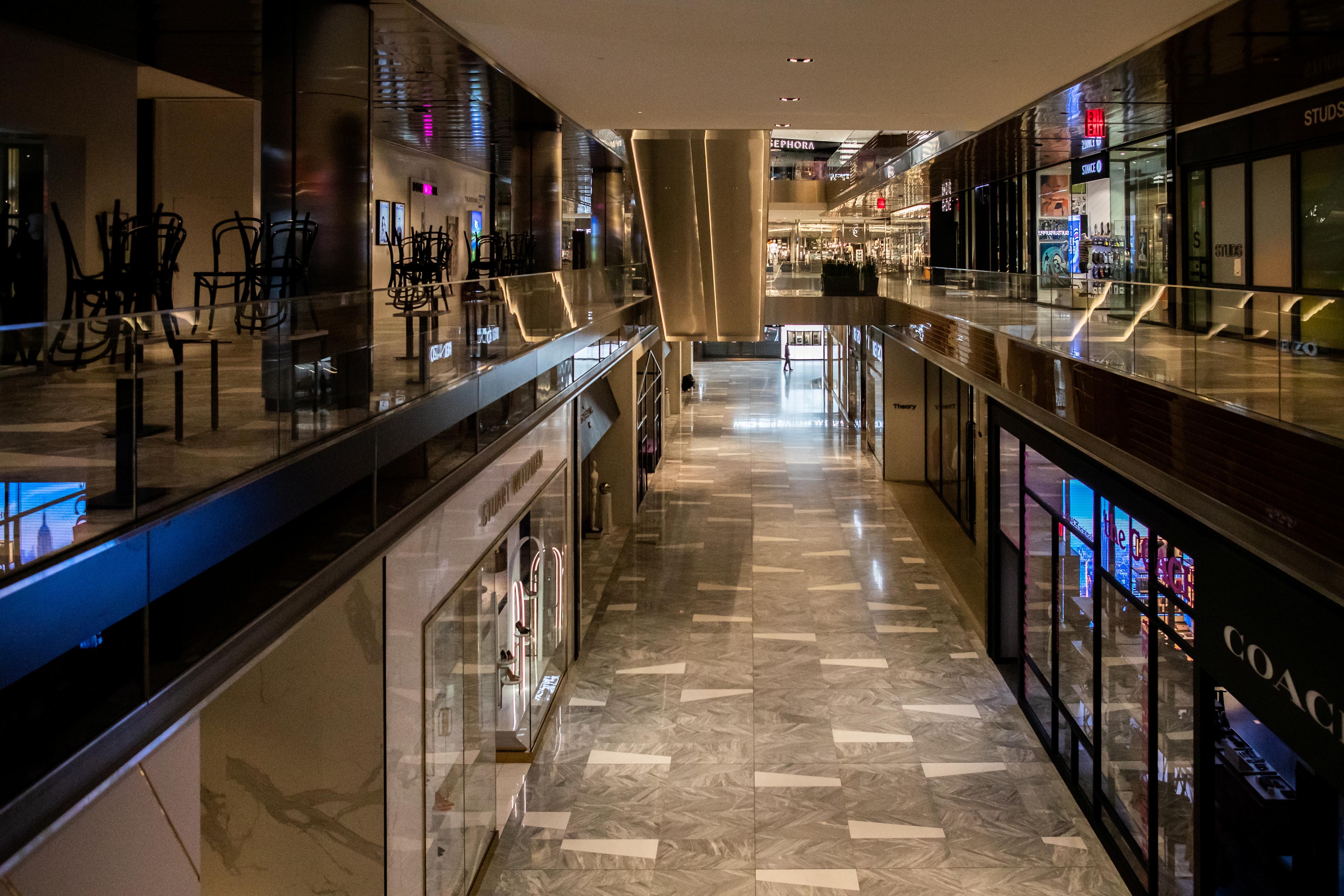 First-quarter GDP will also take a hit from an inventory drawdown as the coronavirus depresses imports.

Economists believe the economy entered recession in March. The National Bureau of Economic Research, the private research institute regarded as the arbiter of U.S. recessions, does not define a recession as two consecutive quarters of decline in real gross domestic product, as is the rule of thumb in many countries. Instead, it looks for a drop in activity, spread across the economy and lasting more than a few months.

“The economy is almost in free fall,” said Sung Won Sohn, a business economics professor at Loyola Marymount University in Los Angeles. “We will see the bottom when the coronavirus infection rates stabilize. It’s going to be a pretty deep bottom from which to come up.”