WASHINGTON (Reuters) – U.S. consumer prices fell by the most in more than five years in March and further decreases are likely as the novel coronavirus outbreak suppresses demand for some goods and services, offsetting price increases related to shortages resulting from disruptions to the supply chain. 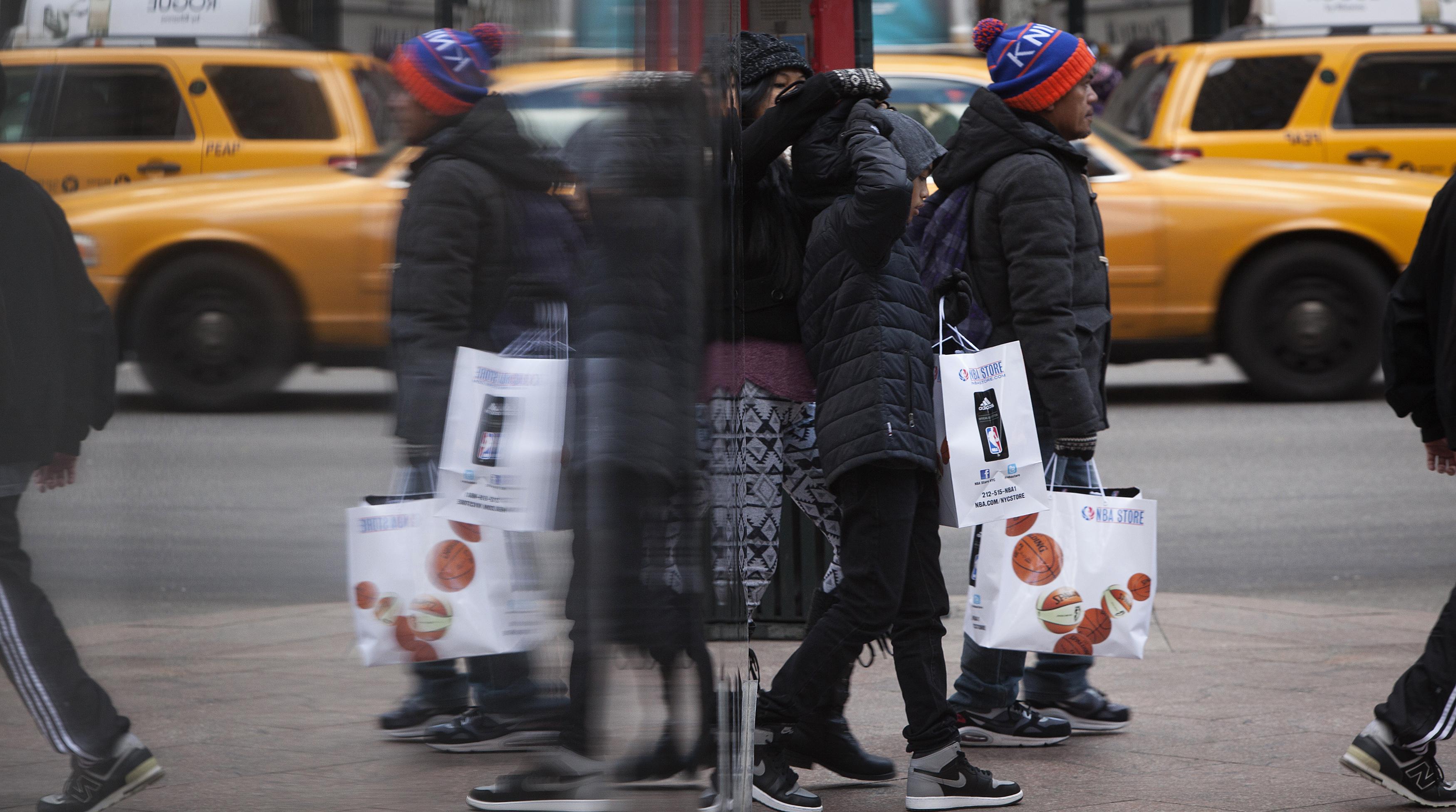 With the country virtually at a stand-still, the economy rapidly contracting and millions unemployed as state and local governments adopt stiff measures to control the spread of COVID-19, the respiratory illness caused by the coronavirus, economists are predicting the disinflationary trend will persist for a while or even a short period of outright deflation.

“The big concern right now is deflation,” said Gus Faucher, chief economist at PNC Financial in Pittsburgh. “Deflation is likely to take hold over the next few months as businesses slash prices in response to much lower demand from the coronavirus outbreak and associated restrictions on movement.”

The Labor Department said on Friday its consumer price index dropped 0.4% last month amid a tumble in the cost of gasoline, and record decreases in hotel accommodation, apparel and airline ticket prices. That was the biggest drop since January 2015 and followed a 0.1% gain in February. In the 12 months through March, the CPI increased 1.5%, the smallest advance since February 2019, after accelerating 2.3% in February.

Economists polled by Reuters had forecast the CPI dropping 0.3% in March and climbing 1.6% year-on-year.

Deflation, a decline in the general price level, is harmful during an economic downturn as consumers and businesses can delay purchases in anticipation of lower prices. It can also distort monetary policy, the labor market and signals from stock and real estate prices, economists say.

The National Bureau of Economic Research, the private research institute regarded as the arbiter of U.S. recessions, does not define a recession as two consecutive quarters of decline in real GDP, as is the rule of thumb in many countries. Instead, it looks for a drop in activity, spread across the economy and lasting more than a few months.

The Federal Reserve has adopted extraordinary measures to cushion the economy’s free-fall. President Donald Trump last month signed a historic $2.3 trillion package to aid businesses and workers. A record 16.8 million people have applied for unemployment benefits in the last three weeks. The unemployment rate is expected to top 10% in April.

Economists said it was unlikely these massive stimulus measures would spark inflation, noting that price pressures remained low during the Great Recession and after despite the U.S. central bank pumping money into the economy through extensive bond buying programs.

“The disinflationary impulse, along with the great disruption in economic and financial market activity, is a key reason why the Fed is unleashing vast new monetary policy stimulus,” said Gregory Daco, chief U.S. economist at Oxford Economics in New York.

Restaurants, bars and other social venues have been shuttered. Clothing retailers have also closed shop as have some manufacturers, while transportation has been drastically scaled back. Fears of a sharp global recession and an oil price war between Saudi Arabia and Russia have led to a collapse in crude prices. This is expected to offset price increases caused by bottlenecks in the supply chain.

The widespread business closures affected March’s CPI report, with in-store data collection suspended on March 16, the Labor Department said. It said data collection last month was also impacted “by the temporary closing or limited operations of certain types of establishments,” leading to “an increase in the number of prices being considered temporarily unavailable and imputed.”

That resulted in many indexes being based on smaller amounts of collected prices than usual, and a small number of indexes that are normally published were not published in March. Those issues will likely persist with April’s inflation data collection.

The dollar was trading marginally lower against a basket of currencies. Wall Street and the U.S. Treasury market are closed for Good Friday.

Excluding the volatile food and energy components, the CPI dipped 0.1% in March, the first drop since January 2010. The so-called core CPI had increased 0.2% for two straight months. Underlying inflation fell in March also as prices for new motor vehicles declined by the most since April 2018.

In March, gasoline prices plunged 10.5%, the most since February 2016, after dropping 3.4% in February. Food prices rose 0.3% last month after gaining 0.4% in February. Prices for food consumed at home increased 0.5%, matching February’s rise.

Economists expect an acceleration in food prices in April because of stockpiling and hoarding by consumers, and would be monitoring the CPI data for shortages in specific areas.

Owners’ equivalent rent of primary residence, which is what a homeowner would pay to rent or receive from renting a home, increased 0.3%. That followed a 0.2% gain in February.

“The sharp price declines are overwhelmingly in areas where consumption has fallen back sharply,” said Dean Baker, a senior economist at the Center for Economic and Policy Research in Washington.