WASHINGTON (Reuters) – President Donald Trump on Friday celebrated a stunning U.S. employment report that showed more than 2.5 million jobs were added last month during the thick of the coronavirus pandemic, and predicted the battered economy will recover all of its lost jobs by next year. 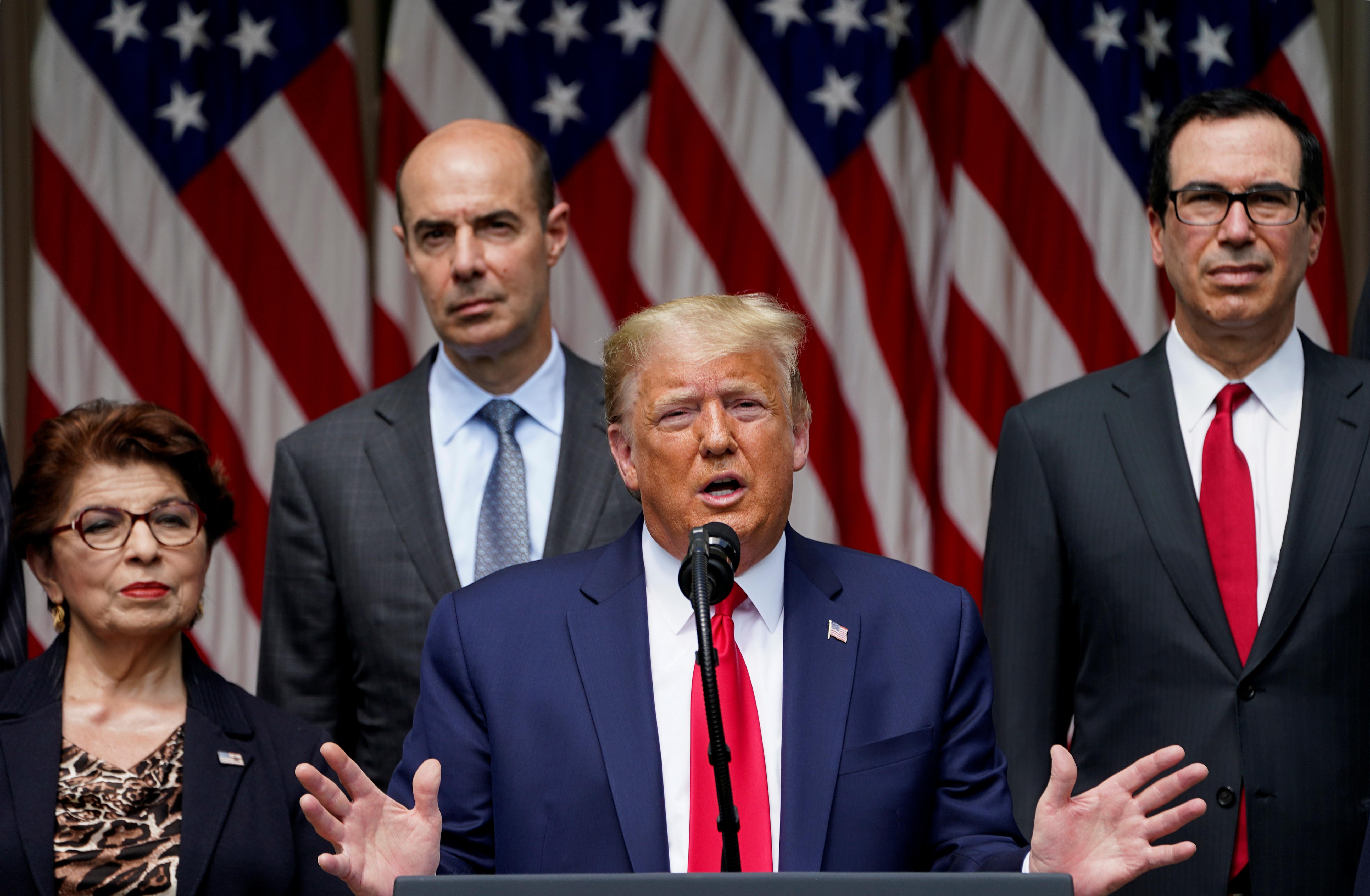 “Today is probably, if you think of it, the greatest comeback in American history,” Trump said at the White House.

“We’re going to be stronger than we were when we were riding high,” he added.

Trump, who had counted on a strong economy to bolster his chances of re-election in November, said the recovery could be hampered by higher taxes and implementation of a Green New Deal climate change plan if Democrats win the White House.

He spoke after the Labor Department released its jobs report for May, which showed the jobless rate dropped to 13.3% from 14.7% in April, a surprise after economists predicted it would rise to close to 20%. Nonfarm payrolls rose by just over 2.5 million jobs after a record plunge of slightly under 20.7 million in April.

However, many economists warn that it could take years for the U.S. economy to add back all of those lost jobs.

Trump has struggled to respond to the fallout from the outbreak of novel coronavirus, which led to nationwide lockdowns that put the economy into a virtual standstill and left about 40 million Americans without work.

Trump has pressed state and local authorities to lift the business restrictions designed to slow the spread of the virus, which has killed here more than 108,000 Americans and infected more than 1.88 million since February.

Trump said the U.S. economic recovery will accelerate as states hard hit by the pandemic, including New York and New Jersey, allow business to resume. He said states like California that still have restrictions in place should follow the example of Florida and other states that have lifted them.

The Republican president, who was criticized for initially downplaying the threat of the virus to the United States, said authorities should focus on protecting the elderly, who are more likely to die from the virus, while allowing younger people to return to work and school.

The U.S. Congress has signed off on trillions of dollars in aid to lessen the economic blow from the pandemic, but Republicans and Democrats are at odds over whether additional stimulus is needed.

Trump said he would support further relief and Vice President Mike Pence, in an interview with CNBC, said that could include aid to states that have warned they may have to lay off teachers, police and other public employees. Republicans in Congress have resisted that idea.

Trump repeated his call for a payroll tax cut and said he would soon announce a proposal for tax incentives to encourage spending at restaurants and for entertainment.

A raft of public polls showed Trump trailing presumptive Democratic presidential nominee Joe Biden nationally and in some of the battleground states where the Nov. 3 election will be decided.

Trump also is dealing with mass protests across the country over the death of George Floyd, an African-American man, in police custody in Minneapolis last week. Floyd’s death has reignited simmering racial tensions in America.