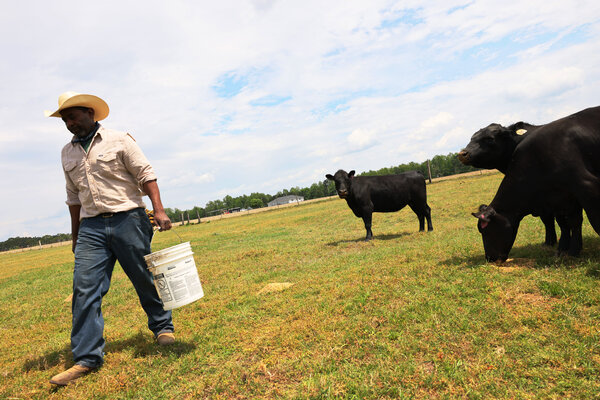 The United States Department of Agriculture said on Friday that it will begin making loan forgiveness payments in June to thousands of minority farmers as part of the Biden administration’s $4 billion debt relief program.

The initiative, part of the $1.9 trillion economic relief package that Congress passed in March, has been criticized by white farmers, who claim that it is a form of reverse discrimination, and by banks, which have complained they are losing out on profits from lost interest payments. Delays in implementing the program have frustrated Black farmer organizations, whose members have struggled financially for years and received little help from the Trump administration’s farm bailouts last year.

“The American Rescue Plan has made it possible for U.S.D.A. to deliver historic debt relief to socially disadvantaged farmers and ranchers,” Tom Vilsack, the secretary of agriculture, said in a statement. “U.S.D.A. is recommitting itself to gaining the trust and confidence of America’s farmers and ranchers using a new set of tools provided in the American Rescue Plan to increase opportunity, advance equity and address systemic discrimination in U.S.D.A. programs.”

Borrowers will receive letters from the U.S.D.A. next week with information about their loan balances. After farmers confirm the amount they are due to be paid, the U.S.D.A. will disburse payments. The agency is paying an additional 20 percent on top of the outstanding loan amounts to cover associated taxes and fees.

Despite the resistance from banks, the U.S.D.A. said it will begin the process of paying off the guaranteed loans this summer.

Lenders have been arguing, through their lobbyists, that the government repayment program will deny them income that they long expected. The banks want the federal government to pay money beyond the outstanding loan amount so that banks and investors will not miss out on interest payments or money that they would have made reselling the loans to other investors.

The U.S.D.A has said that it does not have the authority to cover the banks’ lost interest income.