“There is a why-are-we-even-doing-this feeling,” one industry insider said of jockeying for nominations, to be announced on Monday. 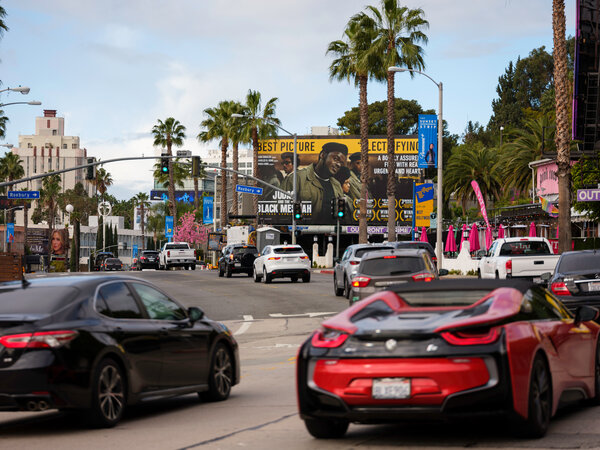 By Brooks Barnes and Nicole Sperling

LOS ANGELES — As a potential Oscar nominee for film editing, William Goldenberg should be feeling dizzy right about now. So many tastemaker cocktail parties to attend. So many panel discussions to participate in.

So much flesh to press.

Instead, his tuxedo has been gathering dust. Mr. Goldenberg, who stitched together the Tom Hanks western “News of the World,” has participated in get-out-the-vote screenings on Zoom, and that’s about it. During afternoon walks with his dog, a handful of neighbors have called out from windows and driveways to say they liked the film. Mr. Goldenberg, an Oscar winner in 2013 for “Argo,” described those impromptu encounters as “really fun.”

Such is life on Hollywood’s virtual awards scene, where the pandemic has vaporized the froth (Champagne toasts! Standing ovations! Red-carpet reunions!) and created an atmosphere more akin to a dirge. There is a dearth of buzz because people aren’t congregating. Screenings and voter-focused Q. and A. sessions have moved online, adding to existential worries about the future of cinema in the streaming age.

And some film insiders are privately asking an uncomfortable question: How do you tastefully campaign for trophies when more than 1,000 Americans a day are still dying from the coronavirus?

Oscar nominations will be announced on Monday, but almost none of the movies in the running have even played in theaters, with entire multiplex chains struggling to stay afloat. “In terms of campaigning, there is a why-are-we-even-doing-this feeling,” said Matthew Belloni, a former editor of The Hollywood Reporter and co-host of “The Business,” an entertainment industry podcast.

Ever since Harvey Weinstein turned Oscar electioneering into a blood sport in the 1990s, the three-month period leading up to the Academy Awards has been a surreal time in the movie capital, with film distributors only ever seeming to push harder — and spend more — in pursuit of golden statuettes. In 2019, for instance, Netflix popped eyeballs by laying out an estimated $30 million to evangelize for “Roma,” a film that cost only $15 million to make.

But it’s not as easy to influence voters and create awards momentum during a pandemic. Roughly 9,100 film professionals worldwide are eligible to vote for Oscars. All are members of the Academy of Motion Picture Arts and Sciences, which has nine pages of regulations that campaigners must follow. Film companies, for instance, “may not send a member more than one email and one hard-copy mailing” per week. Telephone lobbying is forbidden.