It has only 500 subscribers. And yet Democracy: A Journal of Ideas, a 15-year-old quarterly run by a three-person staff out of a small office blocks from the White House, may be one of the most influential publications of the post-Trump era.

Six of President Biden’s 25 Cabinet-level officials and appointees, including the secretary of state and the chief of staff, as well as many other high-level administration members, have published essays in its pages, floating theories that may now be translated into policy.

Democracy’s print edition has no photos or illustrations, and its website is bare-bones. It has no podcast, and the titles of its articles — “Meritocracy and Its Discontents”; “How to End Wage Stagnation”; “Defend Multilateralism: It’s What People Want” — are not exactly the stuff of clickbait.

It is also not one of those publications with a big social presence, hosting public policy discussions at the Hyatt rather than cocktail parties for the Georgetown set.

“There’s not much pizazz,” said Michael Tomasky, the journal’s editor since 2009.

But if The New Republic of the 1990s was “the in-flight magazine of Air Force One” during the Bill Clinton years, as it was described in the film “Shattered Glass,” then Democracy could play a similar role in the Biden era.

In a 2016 essay for Democracy, “Confronting the Pandemic Threat,” Ron Klain, Mr. Biden’s chief of staff, sounded a warning that now seems prescient. Jake Sullivan, the national security adviser, argued in a 2018 Democracy essay that, despite the anti-Washington rhetoric that had energized many voters in recent years, most Americans would welcome ambitious federal programs.

Cabinet-level officials from the administration of President Barack Obama have lately used Democracy as a medium for sending advice to their successors. The economist Jason Furman, the chairman of the Council of Economic Advisers under Mr. Obama, directly addressed Mr. Biden’s team members in an essay that adopted an older-sibling tone.

“No one needs to check anything with you or listen to you, let alone do what you say,” he wrote. “You do have one power: the opportunity to persuade. If people think you have some useful insights or inputs, might be right in what you say, and are generally a helpful member of the team, then you just might be able to shape some of the most important decisions the president will make and help to make positive policy happen.”

Under the last Democratic president, the journal helped make political careers. Elizabeth Warren, then a Harvard Law School professor, published an essay in the Summer 2007 issue arguing for the creation of a federal agency to regulate mortgages and credit cards. She later helped advise Mr. Obama as the idea was realized as the Consumer Financial Protection Bureau.

Andrei Cherny, a founder of Democracy, said the magazine, which published its first issue in 2006, was conceived as an “R. & D. skunk-works of ideas.”

“We thought there was an ideas food chain — that an idea would start with a place like Democracy and then go to a think tank or university, and then be read by somebody who’s going to be writing for the editorial page of a newspaper or for a mass-market magazine, and then make it into the hands of a legislative aide on Capitol Hill,” said Mr. Cherny, who worked in the Clinton administration and on John Kerry’s presidential campaign.

He started the journal with Kenneth Baer, a political speechwriter, not long after President George W. Bush won his second term. They dreamed it up over drinks at Mackey’s, a pub on L Street that has since gone out of business.

“We needed ideas that would actually meet the moment,” said Mr. Baer, who wrote speeches for Al Gore during the 2000 campaign and later worked in Mr. Obama’s White House. “There was a role for, as we called it in the opening essay, a somewhat anachronistic idea of a small quarterly journal.” 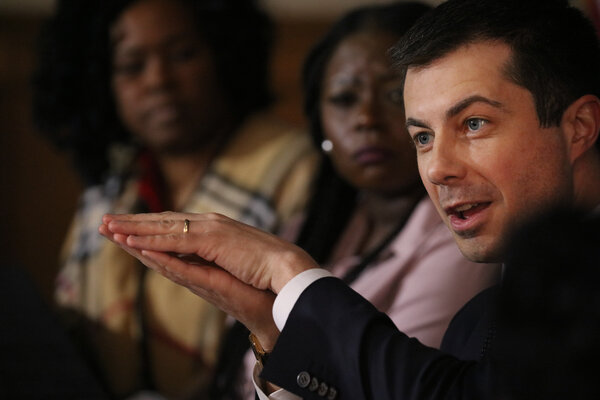 Democracy’s founders were inspired by conservative publications like National Review and Commentary, which had held on to readers for decades while serving as proving grounds for ideas and helping to start political careers, like that of Jeane Kirkpatrick, the first woman to serve as the United States ambassador to the United Nations.

William Kristol, the former editor of the conservative The Weekly Standard, said that little magazines could still have clout, even in the social media age. The conservative journal National Affairs — the successor to the neoconservative Public Interest, which his father, Irving Kristol, founded in 1965 — is a contemporary example, he said.

Anne-Marie Slaughter, the chief executive of New America, a Washington think tank, and a member of Democracy’s editorial advisory committee, seconded the view that the old medium was still relevant. “It’s that space of short enough and broad enough to say, ‘Here’s an idea,’ but serious enough that you have to give some weight to it,” she said.

Aziz Huq, a professor at the University of Chicago Law School who has written for Democracy, said the journal was a good forum for making “a wacky idea seem within the bounds of conversation.” His 2016 essay calling on Congress to exert more influence over federal courts was echoed by Pete Buttigieg — himself a Democracy contributor, as well as Mr. Biden’s secretary of transportation — in a Democratic primary debate in 2019.

Nicole Hemmer, an associate research scholar at Columbia University who studies conservative media, said that when the writer and firebrand William F. Buckley Jr. started National Review in 1955, he envisioned a right-wing media ecosystem that could shepherd conservative ideas into the mainstream. His work helped move ideas that were considered fringe to President Ronald Reagan’s platform some 25 years later.

“Small circulation is not a problem,” she said.